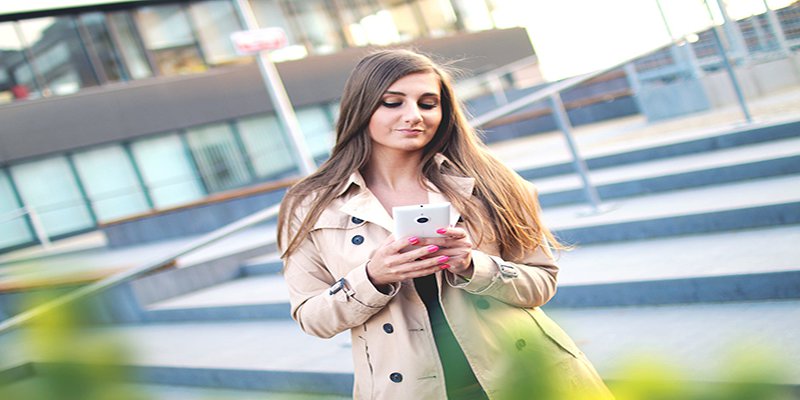 Flirty Texts: Do They Help Or Hurt Your Game?

We live in an era where a lot of our communication happens digitally.
This is especially true when it comes to communicating with girls. Girls love texting—there’s no question there.
However, they only like a certain type of texting.
Sending flirty messages as a guy can be sort of hit or miss. Sometimes you can overstep your boundaries and come off as creepy or even condescending.
Too many emojis, innuendos, and shallow conversation topics will actually piss a girl off.
Every girl is different, and you can’t seduce a girl by looking up cute, flirty text messages to send her.
Ultimately you’ll have to get good at the idea of what a flirty text message really should be and then come up with your own.
Also, chances are, if you’re texting a lot with a girl, she’ll already know that you’re interested.
Laying it on too thick, or being too flirtatious, will make it hard for her to take you seriously. Showing interest in a genuine way is a much better approach.
Your goal should be to improve your skills of improvisation, and thinking on your feet. If you can do this, you’ll never run out of things to say, and will always maintain her interest.

Flirty Messages: How Not To Come Off As Cheesy

Flirting is not excessive complimenting. A lot of guys think that saying a bunch of nice things over and over again is a form of flirting, but it isn’t.
Flirting is actually the opposite. It’s a subtle form of communication that most people don’t ever get to master.

For example, you’re better off sending funny flirty texts than general, complimentary ones that aren’t all that original. Every flirtatious conversation should meet the following criteria:

The first one on the list is perhaps the most important. Why?
Because attracting a girl is usually tied to intense topics like sex, but girls rarely want to discuss these kinds of things in a serious way. They want to have fun, or to feel stimulated by the conversation.
So, think of flirting as a way of disguising serious topics like romantic or sexual interest, in a non-serious tone or way of talking.
It gives you an opportunity to get those topics out on the table, while also keeping things light and fun.

The biggest mistake guys make when texting girls is thinking that there is some kind of one-size-fits-all approach to conversation.
Pre-planning your text messages, or sending the same ones to every girl is a surefire way to let a girl know you don’t have anything original in your head.

People in general crave novelty, and the second you hit a girl with a text message that she’s heard before, she’ll immediately deduct points. It’s better to say something a little crazy than to say something unoriginal.

Trying to come up with cute flirty texts instead of just texting and letting the humor and confidence come through on its own is a recipe for disaster. The more original you are, the more interested she’ll be.

One of the reasons girls appreciate something like humor is because it’s stimulating. It’s unpredictable, surprising, and usually doesn’t get old.
Not every guy is capable of sending funny, flirty texts, but if you can master the idea of novelty, you’ll get a lot closer to getting her to return your last text.
Remember, you aren’t there to entertain her, but your goal should be to show her that you aren’t like every other guy who has ever hit on her.
Ultimate Guide To Texting Girls: https://www.tsbmag.com/texting-girls/
Be original, be a little edgy, and try and set yourself apart from the rest.

Most girls, contrary to what a lot of people believe nowadays, want a man who is, well, manly. Sending smiley emojis, or trying to act cute when you text is about as manly as a purple fanny pack.
A lot of guys don’t know the difference between being funny and being cute.
Attractive forms of humor are usually edgy, a little controversial, and heavily stimulating. It gives her an emotional spike.
Being cute makes you look inexperienced, a little childish, and maybe even like you don’t have a clue what you’re doing sexually.

On the other end of the equation, you certainly don’t need to be hyper-masculine, but your goal should be to find somewhere in between.
When you’re texting a girl, send a good mix of seductive text messages, funny texts as well as a few messages that show your masculine side.
Trying to be cute gets old fast, and isn’t really a personality type. Your goal while you text should be to showcase your personality—not to repeat cheesy lines you found on the internet.
Girls don’t care about how well you can recite lines. They want to know who you are.

Funny Flirty Texts: Only If You Think You Can Pull It Off

Some guys just aren’t funny, and that’s perfectly okay. However, what isn’t okay, is a guy who isn’t funny, who tries consistently to be funny.
It’s a double-edged sword because being funny can earn you major bonus points.
However, trying to be funny and failing, makes people get sick of you pretty quickly. Be honest with yourself about the way you text.
If your messages aren’t getting a strong positive reaction, you might want to consider a different approach.

Ask yourself the following questions before you send a text, and see if what you’re about to say meets these criteria:

Be honest with yourself about these things when you’re texting a girl. It’s more important to be fun than it is to be funny.
What that means is that you’re better off showing her how spontaneous, exciting and charming you are than trying to make her laugh every five seconds.

Flirty Messages Should Never Be Obvious

When you flirt with a girl, you should make her wonder if you’re actually flirting with her or not. Being too forward about it will turn her off, and will make things less exciting for her.
There’s a happy medium between being too overt with your flirting, and not showing enough interest.
Too many guys move too quickly, and think that more is better. You should drop subtle hints that you’re interested; make her wonder a little bit.
Her best option at this point will be to flirt back, which is a very good position for you to be in if you’re trying to win her over.

Girls are extremely intuitive, and they realize that if a guy is texting them persistently, there’s a good chance he’s interested in some way. As a result, you don’t need to lay it on too thick.
You want to have a normal conversation, while peppering in comments that allude to interest.
If your texting skills are lacking, just start practicing. Go on a dating app and get in the habit and finding ways to be more evocative with your text messages.
See what kind of responses you get, and then try to transfer those results to real life.
The only way to flirt effectively via text is with experience.
Girls will let you know when you’re saying the right stuff, because they’ll actually want to hang out with you and will write back quickly.
The more she says, and the faster she responds, the better.

How To Find A Girlfriend You Actually Want To Date
Codependent Relationships: What They Are And How To Avoid Them