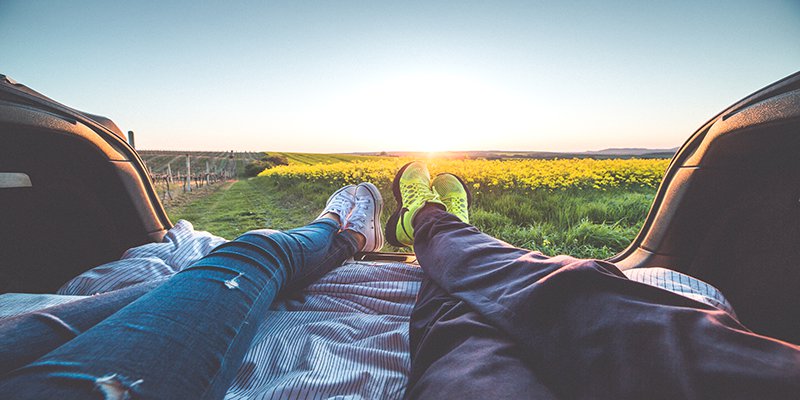 How To Get A Girl To Like You: Do Less

When it comes to things like how to impress a girl, or how to get a girlfriend guys tend to overshoot how much they really need to do. They try and come up with really expensive, flashy date ideas, or try way too hard to be funny on dates.
If you’re wondering how to make a woman want you it’s easy to get caught in the trap of doing more, but the truth is that sometimes doing less will be the right move for someone who wants to get a girlfriend.
It all depends on how far along you are in the interaction. There is a time and place for going above and beyond with some grand romantic gesture, but generally, in the early stages, you can hold off.

How To Impress A Girl: Just Relax

It’s a strange paradox, but the best way to make a woman want you is to actually try less. Whatever your efforts are, cut them in half and then proceed from there.
Now, a lot of people will misconstrue this strategy with just being cheap or being an asshole to women in the hopes that it’ll spark some attraction. This is not what I mean. I’m more referring to the idea that you can create a vibe that says that you’re interested, but you won’t be completely devastated if she isn’t.

You have to put the focus on getting to know each other, rather than showing her how much you can spend on dinner. In a lot of ways, extravagant date ideas can make girls feel a lot of pressure, and that’s not a good emotion for a night out.
If you can relax on a date you won’t even have to worry about how to flirt with a girl. It’ll just happen. Whether you believe it or not, the ability to charm or romance a girl is built into every guy.
You just have to stay calm and realize that getting a girl to like you is more about showing her your personality than it is about your outfit or where you take her.

How To Flirt With A Girl: Keep It Simple

If you’re trying to figure out how to talk to girls, and you aren’t quite sure how to flirt, relax—it’s not complicated. There are really only four things to remember when flirting:

Being too uptight will get you no points with girls.  You have to be free-flowing, carefree and willing to take things slow if you want to give her an opportunity to like you.
Also, a lot of the time people confuse flirting with complementing. It’s not the same thing. Flirting is more along the lines of saying something serious, with a non-serious delivery. A compliment, while nice, is boring to a girl because she hears it all the time.

You’ll do much better if you don’t take things seriously, and after a few dates, the girl you’re seeing will see her time with you as a good investment, rather than a series of encounters that she can’t wait to exit.

How To Make A Woman Want You: Let Her Chase

Women get approached constantly, so much so that it actually makes their lives very hard. This is why they’re so hesitant to give a guy attention.
Every guy is running around trying to talk to girls, or obsessing over how to make one his girlfriend, which means that women never get a chance to really chase a guy.
But if you give her a chance, by essentially refraining from pushiness or over-texting her she’ll start to view you as different from the rest of the men in her life.

Don’t answer her texts right away. Let a few days pass before you talk to her again. Just remember that when you do, you should be interested and charming.
It’s not always about what you say when you’re trying to get a girlfriend; it’s about timing and conveying measured interest until things get more serious.
You aren’t being manipulative but in fact considerate. The chase is the most fun part of any romance, and the fact that girls get denied the chase constantly is a real bummer for them.
Your goal should be to spark some attraction, but then back off and let her feel like she’s after you. It makes things more fun for her, and makes her think you’re a guy worth chasing.

How To Get A Girlfriend: Be Patient

Commitment is scary. It doesn’t matter if you’re a guy or a girl. Taking the leap from just messing around to being, like, Facebook official isn’t the most common thing nowadays, so when it comes time to bring it up, it’s best to be patient.
If anything, you’re better off just treating her like your girlfriend first. Let her see how it feels, almost like a test drive for what a relationship would be like.

This is more than just sex. You have be able to—gasp—hang out with her on a regular basis in social settings. The key is to not be in a rush. Let things happen, or at least make it seem like its organic.
She’ll be a lot more comfortable if she feels like she’s going to that place of exclusivity with you, rather than you pulling her along.

Do Less: The Golden Rule For How To Get A Girl

There’s a subtle difference between being completely apathetic, and knowing when you’re doing too much. It takes some practice and some self-awareness, but over time, you’ll start to know when you’re going a little crazy trying to impress a girl. Just remember:

The sooner you start to see women more as human beings who not only can, but enjoy making their own decisions, the sooner you’ll start to connect with them more.

That should be the goal for anyone who’s into game. Sure, improving your social skills, having some great sex and meeting more women is important, but learning how to connect with women (and people in general) is how to really be successful.
Just don’t overthink things, trust the process and don’t try so hard.

Stop Wondering How To Make A Woman Want You: Assume She Already Does

The number one reason guys do too much is because of insecurity. They feel like they aren’t good enough to get a girl, so they try to compensate with other things.
They try too hard to be funny, try too hard to flirt and try to be too extravagant too soon. All it really says to a girl is that you’re compensating for something.

It doesn’t even matter if she knows what it is, it’ll be a turn off. So, before anything else, work on your confidence, and realize that you’re more than good enough.
If she senses this kind of confidence, you won’t have to do much else to impress her. She’ll realize that you’re a real person who isn’t hiding behind an expensive dinner or some lame string of pick-up lines.
Just that alone will separate you from the rest of the guys out there, and that’s really all she’s looking for: a guy who’s real, confident and can show her a good time.

Crash Course: How To Text A Girl
How To Love Yourself: The First Step To Success