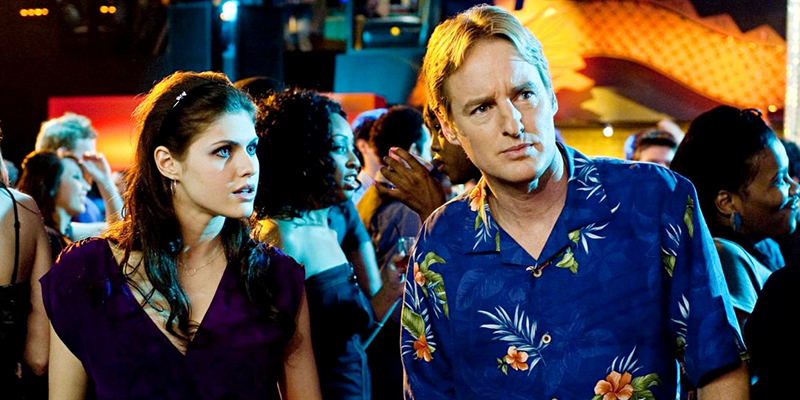 Whether you like it or not, romance is a competition.

If a girl is attractive, you can be positive that you’re not the only guy who’s after her.

She’s likely getting approached several times a night, and by the end of it, she’s a little frustrated, maybe a little annoyed and generally just over it.

But there’s a good side to this. It means that your game only has to be better than the last guy who went up to her. All you have to do is be the best in the room.

If you can do that, it becomes a game of relativity.

Of course, things will change if you keep seeing each other and time goes on, but on that first night, all you have to do is be able to identify what isn’t working and be a little bit better.

Girls are inundated constantly with bad game for a pretty simple reason; most guys just don’t know what they’re doing.

Bad game is a lot more common than good game, and can usually be seen in the form of catcalls, premature escalation in conversation and worse, uncomfortable physical advances.

It stems deeper than that though.

Some guys will try and get a girl to pity them in order to keep the attention focused on them, while others will try to shower her with drinks, gifts and a whole host of other superficial garbage that she doesn’t really care about.

Usually, they open with something lame like buying her a drink, and she’s entitled to take it, but guys with bad game will then assume that a drink equals something in return.

The truth is that it doesn’t at all. A drink is just a drink. A guy with good game knows that and only buys a girl a drink if he wants to.

He knows it doesn’t guarantee that she’ll stick around.

But a guy with bad game will almost always get butthurt when he hands her a vodka tonic and then a second later she’s like, see ya.

Another thing that inexperienced guys do a lot is approach way too directly. They walk over and say something self-deprecating as a means of trying to please her.

They might say something like, “I’d do anything to take you home.” Any guy who has even spent one night successfully gaming knows how ass-backwards a comment that is.

It’s going to make the guy seem pathetic, and appear to have a lack of self-control.

It seems irrelevant, but being able to identify bad game actually helps you tailor your game appropriately.

Seeing a guy clumsily try and attract a girl with old, outdated strategies that might have worked circa WWII, is a goldmine of information.

It enables you to figure out how to outdo him but also shows you exactly what not to do going forward.

Generally, if you let a guy with bad game try and talk to a girl you’re interested in, he’ll make a fool of himself and she’ll look at you as the Casanova you are.

All you really have to do is show that you’re un-phased by this other guy and his crappy technique.

Let him crash and burn and when she rejects him, you can come in and show her that not all guys are desperate creeps.

Like I said, bad game is everywhere, and it may seem like a stretch, but no game at all, is better than bad game.

The difference is that bad game makes girls uncomfortable, creeped out and perpetuates the idea that all men are douchebags.

Guys that have bad game tend to be unwilling to talk to any guy that has good game, because of a massive amount of insecurity associated with a low ability to attract women.

He’ll immediately be threatened by you if you try and intervene, which will then put you in a situation in which you may have to cause a scene.

It may seem like the right move, but in front of a girl you like, the best strategy is to always seem calm, cool and collected.

Doing more when a guy with bad game tries to move in on your girl will only make her lump you in with the other chumps that have been approaching her all night.

But if you stand out by hanging back, she might even look to you for protection against the other guys in the bar.

It doesn’t take a genius to know that this is a very good place to be.

If she’s looking to you for cover from the barrage of creepers that are coming at her, it’s at least a small sign that she’s more attracted to you than she is to them.

This is actually an ancient dynamic. It stems back to early human times where women took into account how well a man could protect them from, well, other men.

It may not be one hundred percent necessary for you to fight off ten dudes to protect her, but the instinct is still there. She views you as strong, them as weak.

In reality, the others will back off at this point and like a superhero, you’ll get the girl.

Next time you’re out, don’t just focus on the girls. Watch the guys. Observe how they interact, how confident they are and what their strategy is for attracting women.

Over time you’ll start to see patterns, and you’ll be able to identify who knows what they’re doing and who doesn’t.

Remember that you don’t have to be the best at game who ever walked the earth. You just have to be better than the last guy she talked to. The game is all relative.

Girls want to be approached, and when twenty guys do a terrible job, they are practically dying to be charmed by one who actually knows what he’s doing.

Just keep your eyes peeled, look for patterns in behavior and use what you see to turn yourself into the most irresistible dude in the room.

Leave Your Problems At The Door: How To Game When Life Gets You Down
Is She Wife Material Or Just A Gold Digger? Here’s What To Look For