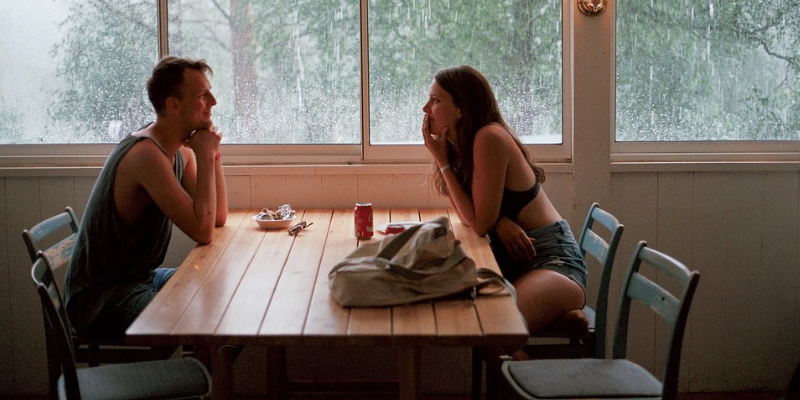 The worst thing you can do when you’re trying to attract women is take things too seriously.
Not only is this boring, but it can make girls panic if you don’t keep things carefree. But the questions remains: how can a guy be edgy and exciting without going too far?

The answer is by teasing girls. This isn’t necessarily insulting, and isn’t necessarily being “a tease.”
There’s a subtle art to teasing girls, but if you can master it, it might be one of your most valuable tools in keeping them interested.
Dating is a game, no matter how you look at it. Women tease guys all the time, and tend to be better at it.
They get a lot more experience than we do, so it’s sort of built into them. Guys, on the other hand, tend to be a little further behind.
However, teasing a girl isn’t impossible. In fact, it actually makes the whole experience of dating and seduction more fun.
Once you form some good habits, you won’t have to think about how to tease women. It’ll just happen, and the results will be more than noticeable.

Teasing A Girl: The Basics

A lot of guys get insulting girls confused with teasing them. An insult isn’t subtle; it’s just mean.
Teasing a girl is playful, casual and isn’t intended to hurt anyone’s feelings. Teasing is more of a way of flirting, but it’s done in a way that is sort of undercover.

After a while, it isn’t all that hard to tell the difference between teasing and outright insulting people.
Teasing usually meets a few criteria that insulting doesn’t. Teasing usually accomplishes the following:

The more you interact with girls and try different things in conversation, the more you’ll start to see the difference between being mean and being flirtatious.
It also helps to pay attention to a girl’s facial expressions. She’ll let you know if something you’re saying is upsetting her just by the way she looks at you.
If you learn how to slow things down in your mind, and pay attention to her reactions, you’ll get really good and really fast at being able to tease not just the girl you’re talking to but all girls.
It just takes close observation and patience.

Teasing Women: How To Know You’ve Gone Too Far

If you’re in a situation where you’re trying to tease or flirt with a girl, and you aren’t sure if you’re overdoing it, you need to pay closer attention.
When you’re teasing a girl, she usually laughs, or responds positively in some way.

This could also include lightly touching you on the arm, or actually teasing you back. It’s easier to know when a girl is into you than when she isn’t.
When a girl isn’t feeling it, she might not run away from the conversation, but she’ll do a few things to let you know how to calibrate your approach.
She probably won’t be making eye contact, and her energy won’t match yours. If you’re enthusiastic, she’ll probably be the opposite, and her eyes might even be darting around the room looking for her friends.
It doesn’t mean that the interaction is ruined, but it might mean you’re laying it on a little too thick.
Just pull things back a little bit. It’s easy to assume that all girls are going to respond to the same things, but this isn’t the case.
You have to tailor your approach to each girl you meet, because all of them will respond to different things and different levels of teasing.

Women will sometimes toss out insults just to test a guy’s confidence.
However, if a girl takes the time to throw a little jab at you, it might mean that she’s flirting, or trying to see what kind of guy you are.
Generally speaking, a girl won’t waste her time if she isn’t at least a little bit interested.

It seems obvious, but a girl who continues to stand in front of you, even while throwing insults at you, is probably doing it because she’s trying to assess your personality.
When a girl is really disgusted, she usually just turns and walks away. If she’s hanging around, something else might be going on.

Why Teasing Is Essential While Dating

It’s very easy to let a date get boring. A lot of people ask the same questions, do the same activities and don’t do anything to set themselves apart from the other guys out there.
You may not have the means to take a girl on a helicopter ride, or come up with something incredible every time you go on a date, but you can stand out with your conversation.

Money or status isn’t all that important to a girl. What she’s really looking for is some kind of stimulation. In the early stages of an interaction, your best shot for keeping a girl interested is through conversation. Teasing a girl is a lot more entertaining to her than just agreeing with everything she says.

The reason teasing is more exciting is because of what it says about your personality. It shows her that you aren’t afraid to say certain things.
It’s better to take a chance in conversation than to be too conservative. You’ll put her to sleep, and worse, make her less attracted to you.

Teasing a girl is essential because it keeps her stimulated. It gives her emotional waves and troughs, rather than a flatline.
You may not think so, but it’s better to go too far in conversation than to be too safe. The worst thing that can happen is that you say something that turns her off.
All you have to do is watch her reactions, and try to ease up a little bit. And if you think it’s unsalvageable, go talk to another girl and start over. It’s all a learning process.

Tease Her Until The Very Last Minute

You may think you have a girl hooked, and that you can let your guard down. However, your mindset should be centered around teasing her until the very last minute.
This could mean teasing her until you get her phone number, or keeping your cool until she asks you to come home with her.
Only after you’ve slept with a girl can you ease up on the teasing. Don’t eliminate it entirely—it works in relationships too—but show her more of your true self.
Don’t be afraid to let the conversations go somewhere more honest.
Again, the idea is to keep her stimulated. Even a guy who knows how to tease a girl can get boring if it’s all he does. Keep her guessing.
One second you could be teasing her about some innocent thing about her, and the next you could be opening up to her about something personal.
The idea is to be versatile. The more multi-dimensional you are as a man, the more women will want to be around you.
Keep it interesting, take chances, and your luck with women will change for the better.

Place To Meet Women: Everywhere And Anywhere
Why Do Girls Ghost You? The Truth!