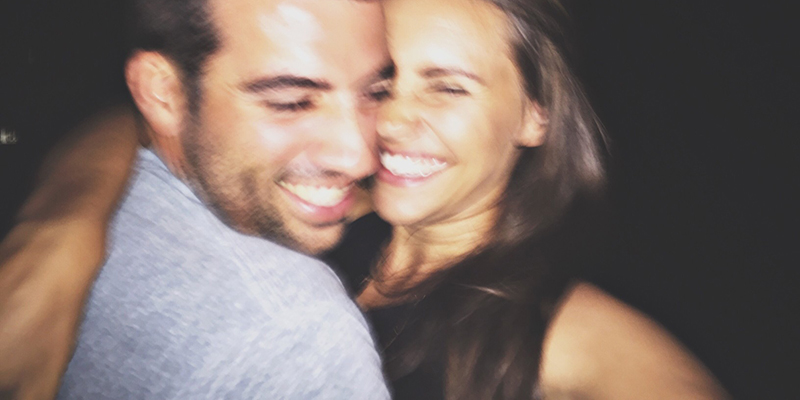 Just Friends? How To Tell When She Wants Something More

It’s healthy and even sometimes beneficial to have a lot of platonic relationships with girls. You can look to them for insights about romance, glean ideas about what turns other women on and get some valuable perspectives on what you should and should not do on a date.
Also, everyone knows that even if you aren’t necessarily having every woman you know over for a Greek orgy, having them around you boosts your attractiveness.
It shows that you’re comfortable around the opposite sex independent of the circumstances, and to a potential female partner, that is very important quality.
Guys who only have male friends tend to be less understanding about what life is like for a woman. This doesn’t mean you have to go for a manicure and watch Girls every weekend with your gal-pal, but spending some quality time with her is never a bad idea.
But there’s a caveat. Sometimes when you spend a lot of time with a girl she may start to have feelings for you that go deeper than friendship.
If you get along, you’re attracted to her and could see yourself dating, then this is actually kind of a nice surprise.
In a lot of ways, if you spend a large amount of time with someone you’re bound to form a strong bond; the problem is that girls don’t always spell this sort of thing out.
They may have a crush on you that makes them practically wet when you walk into a room, but won’t say a word about it out of fear of being rejected.
However, they will give you signs. There are things they’ll do or say to you that they won’t say to other guy friends of theirs. Some of them have to do with things as subtle as facial expressions or tone of voice, and others are more overt.
The first, most obvious sign is that she lets you hang out with her in her bedroom. A bedroom, no matter who you are, is a private place reserved for two things: sleeping and sex. It doesn’t matter if she’s always felt like one of your dude friends with boobs.
If she’s totally cool with you laying on her bed with her, she may be trying to hint that she wants to be more than friends. Consent is of the utmost importance, but as a general rule an invitation into a girl’s bedroom usually isn’t about reading bedtime stories.
You should also be on guard for teasing. If she throws cute little insults your way every chance she gets, it could just be her personality, but it could also be flirting. Your male friends probably give you shit sometimes as a way of being funny or busting your chops, but if she does it you have to be able to see if there’s a distinction.
If she teases you about going on dates, or takes issue with the girls you’re seeing what she’s really saying is, what about me? She may disguise it as a joke, but what she really wants is the same attention you’re giving your latest Tinder date.
If she complains to you about the guy she’s dating, it’s another thing to take into consideration. Maybe he’s not so bad, but if she makes herself out to be unsatisfied, or incapable of finding a guy she really likes, she’s trying to tell you she’s unhappy and wants something new.
It’s not a marriage proposal, but if she laments over her dating life, it may be a sign that the door is open and she wants you to walk through.
Another thing to watch out for is how she presents herself to you. When girls don’t consider you a sexual or romantic option, they can and will be just as gross as guys.
Farting, burping, wearing dirty sweatpants: it’s all fair game. But if she consistently wears make-up around you, and always looks ready for a night out, it’s because she wants you to be attracted to her.
This could happen at any time, too. She may start off not giving a shit about how she looks in front of you, but that could change overnight.
The best thing to do, if you like her, is to let her know she looks good. It’ll make her day, and she’ll start to feel more comfortable about telling you how she feels.
This one is more subtle, but pay attention to the way her other friends treat you. If they’re a little rude to you it may be because they know how much she likes you and are waiting for you to make a move.
She most likely told them about her intentions, and they’re trying to get you to do something about it without spilling the beans.
It’s not exactly fair, but in her friend’s eyes, it’s your fault for not paying attention to the signs, and they’ll give you the cold shoulder until you figure it out.
Dating a girl who you were close friends with first is one of the most rewarding ways to enter a relationship.
You already know each other, probably better than some other couples do, and things won’t change all that much. You’ll hang out and do all the same fun stuff with the added benefit of romance.
The biggest issue with relationships is that people don’t know what they’re getting themselves into ahead of time, but when you’ve been friends for a while you get to see every side of a person. You get to experience the good and the bad, and can decide if she’s really right for you.
Just pay attention to the signs; you might have a great girl right next to you and not even know it.

The Science Behind Why Women Always Want ‘Bad Boys’
Change Your Mindset: How To Build Your Dating Confidence