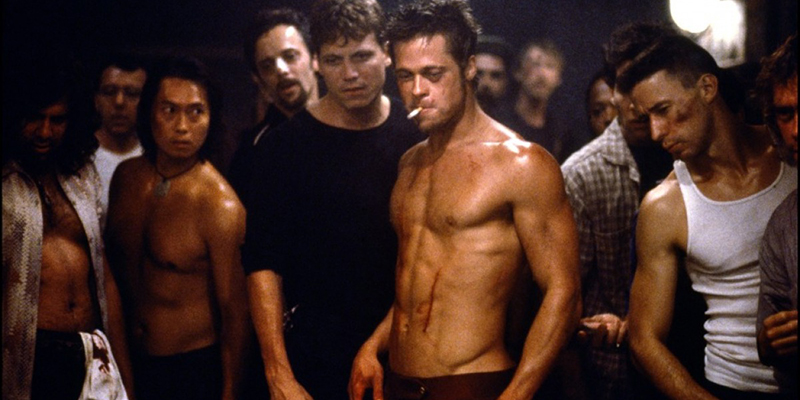 The Science Behind Why Women Always Want ‘Bad Boys’

Apparently, there’s something to be said for that “bad boy” image after all.

A recent piece in Men’s Health cites an Australian study in which the premise was put to the test.

“It communicates authenticity, which in an image-obsessed world has become a rare and valuable commodity.”

There’s something intuitively compelling about the premise. Being a little bit different can help differentiate us from everyone else. And coming across as at least marginally exciting is probably a good thing.

“We’re pack animals—we’re programmed to play it safe and follow the crowd,” Hornsey added. “But part of being an adult is knowing when to fit in and when to stand out.”

Of course, it’s also about knowing how to stand out. There are any number of ways to do so successfully, but there’s also the risk of taking things too far—or simply heading in the wrong direction.

Besides, there’s a big difference between what constitutes initial attraction and what breeds successful long-term relationships. If you’re interested in the latter, you probably don’t want to hook women while standing on that ever-so-shaky bad-boy ground.

The relationship experts over at eHarmony put it this way.

“How do these relationships usually turn out?” the site’s advice column reads. “In a word, poorly. That’s because bad boys won’t change unless they want to—no matter how long-suffering their partner might be.”

Further, despite initial attraction, most women get tired of bailing a man out of jail, wondering if he’ll make it home from a party, or catching him with another woman.

“Women who sign on with bad boys enlist for endless conflict and turmoil. Ironically, the very thing that draws good girls and bad boys together is usually their undoing. Many women have learned the hard way that bad boys make bad dating partners–and even worse spouses.”

If you want to cultivate a long-term relationship, it may be time to settle down in more ways than one—in spite of the data showing that women are at least initially intrigued by guys who stand out by doing things differently.

At minimum, you should consider the difference between non-conformity and behavior that’s actually destructive.

Nor are they interested in simply becoming your latest conquest. They want to be valued, and they ultimately will want something steady.

For those who are only interested in short-term action, there’s probably a little more room for experimentation. Even then, however, there are limits to the bad boy mantra.

Even if the woman of your choice is fine with a one-night stand, she still wants to be treated well. Apart from partners of the self-loathing or masochistic varieties, that’s a virtually universal characteristic. Being a total asshole will only get you so far.

The real takeaway from this celebration of bad boys may simply be that women want to be surprised to some degree. They want something slightly out of the norm.

In 2012, The New York Times explained a study performed by psychiatrist Gregory Berns.

Berns  scanned brains with an M.R.I., measuring the brain’s reward activity when given water and juice—sometimes at random intervals, sometimes scheduled every 10 seconds.

He found that subjects enjoyed the surprise treats more than the predictable ones.

“The reason this happens is simple,” wrote the Times’ Richard A. Friedman. “The brain’s reward circuit has evolved over millions of years to enable us to recognize and extract various rewards from our environment that are critical to our survival, like food and a suitable sexual mate. Unlike predictable stimuli, unanticipated stimuli can tell us things about the world that we don’t yet know. And because they serve as a signal that a big reward might be close by, it is advantageous that novel stimuli command our attention.”

So perhaps the attraction to less-than-predictable bad boys is indeed age old. There certainly seems to be an operative logic behind some women’s choices to pursue guys who diverge from well-traveled paths.

The real trick for guys is taking advantage of that instinct without making fools of themselves. So be a little more daring, a little less conventional—just don’t be stupid.

That’s why that Men’s Health piece went on to advise some fairly innocent but daring behavior.

“Demonstrate fearlessness in ways she’ll never forget: Hop the fence some night to go skinny-dipping at the local pool, or have sex in your office after hours,” writes Mike Darling.

No harm done there.

And that’s almost certainly a good rule of thumb when considering any “personality” to adopt. Avoid being bad in any way that actually hurts other people.

Standing out from the crowd is probably a virtue. Doing so at the expense of others is a vice, even if not especially in the eyes of the women you want to attract the most.

These are lessons we all should have learned from Back to the Future once upon a time in the 1980s. Young Lorraine found Marty attractive because he was different, even brave. She was, however, repulsed by the likes of Biff—the film’s archetypal high school bully.

As with most things, the key here is balance. Perhaps there’s room to be a bad boy and nice guy at the very same time. And maybe that’s what women really want, after all—someone who’s slightly contradictory, someone who can be surprising without completely abandoning a few tried and true values that most everyone shares.

Stand out, sure. Just don’t stand for all the wrong things.

What To Say To Women Who Reject You: 5 Ways To Deal With It
Just Friends? How To Tell When She Wants Something More