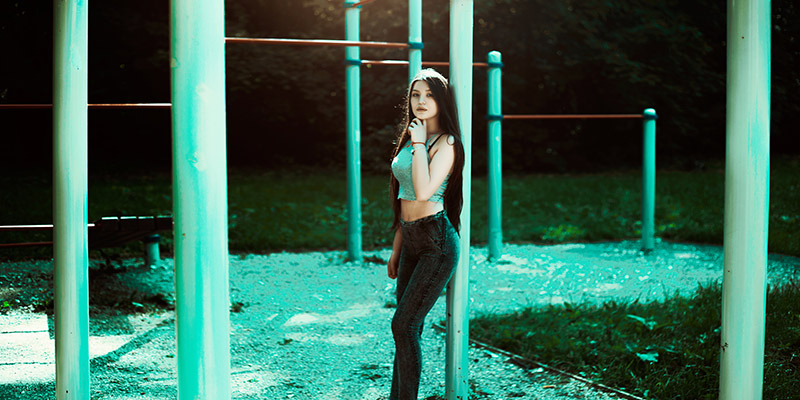 Is She Into You Or Just A Tease? Here’s How To Find Out

As a guy, it’s hard not to measure the progress of a relationship without considering sex. We want it and usually are in a hurry to get it.

If a friend told you that he was dating a girl but they weren’t having sex, you’d look at him like he was crazy.

You’d wonder what kind of relationship can function without the sexual component. This doesn’t just apply to relationships either; it applies to dating as a whole.

Let’s say you meet a girl, and she’s very into it, or at least, appears to be, but everytime you try and escalate things to the next level she stops you.

She might send you dirty text messages, pictures and insist on talking for most of the day, but when it comes to actually meeting for a date or coming over she has an excuse every single time.

Now, you’re probably wondering why a girl would invest so much time, effort and time communicating with a guy she has no intention of sleeping with.

The answer is simple; it’s because women view attention the same way men view sex. To a woman, the knowledge that she is wanted by a guy is just as satisfying as sex is for a man.

It’s not even necessarily a female thing exclusively; everyone likes to feel wanted or validated.

That’s why we give trophies and awards for accomplishments, and why people do things like stand-up comedy. Human beings have an innate need for approval and positive reinforcement.

The difference with women is that they know the easiest, cheapest place to get such validation is from a man who wants to sleep with them.

The fact that women ultimately decide when and if sex happens, gives them a tremendous amount of power over the opposite sex.

Again, we can’t fault them, because if the roles were reversed, we would do the exact same thing.

This isn’t an article about attention whores or gold diggers. Those are terms that are essentially derogatory and are meant more as insults than anything else.

It’s an article about how to even the playing field when it comes to dating, and how much attention you should be willing to give a girl.

It’s pretty easy to identify a situation in which a girl is just looking to you for attention, with no plans of actually meeting up with you again or sleeping with you.

The first sign is that she’s overly sexual with the way she texts.

Everyone likes to get and or receive a dirty text once in a while, but if everything she sends your way is raunchy and over the top, she’s trying to get a rise out of you, or trying to get you to want her without actually seeing you.

The way around this is to act unimpressed. Send a sarcastic text, saying that it’s cold out and she should put some clothes on.

Or accuse her of having fake boobs; it doesn’t matter as long as the tone is playful.

The second thing to watch out for is her lack of willingness to make plans, or her telling you up front she “sucks at making plans.”

No one sucks at making plans, not if they really want to make them. But when a girl says this, it’s her way of buying time and trying to make an excuse for why she can’t see you.

You want to sleep with her so you accept it, but it’s pure bullshit. Don’t be afraid to tell her you aren’t really into texting, but you’re free to hang out this weekend.

If she bails, or doesn’t respond, you know you’re dealing with a tease.

Another good strategy is to differentiate yourself from all of the other guys who give her attention.

She’ll try to flirt with you and get you to compliment her, but if you don’t she’ll start to wonder why her games aren’t working.

This sends your value through the roof and raises her curiosity about you.

Think about it: when every other guy is begging her to sleep with them because of all the sexy Snapchats she sent them, and you’re indifferent or immune to her nonsense, she’ll feel like she has something to prove to you.

Yes, it’s a little manipulative, but so is stringing a guy along just so he’ll call you beautiful every morning.

Bear in mind that dating isn’t a war between the sexes.

It’s a fun, lighthearted game that occasionally warrants playing dirty and hiding your true colors in order to build some attraction.

The problem with girls who want attention is that the second they know they can have you they don’t want you anymore, except for the occasional text conversation or phone call.

You have to create the illusion that you’re unimpressed by whatever nudes she sends you, and that you’ve got lots of other options other than her.

It doesn’t matter if you actually do or if you don’t; it’s a strategy for building attraction, and if you imply it, she’ll get frustrated and eventually drop the act.

The saddest thing is when a guy who doesn’t know the game, holds onto the idea that some girl whose number he got at a club is eventually going to come around and meet him for drinks.

It happens more than you think, and to a guy who doesn’t have a lot experience with women or understand how comparable sex is to attention in their eyes, it can be a big, disastrous waste of time.

There’s no need to assume all girls are untrustworthy, but there is a need to be honest with yourself about what’s going on. When a girl wants to meet up with a guy, she does it.

It’s very simple. Have fun getting to know someone, but be on guard for the signs that she’s a tease.

You might be able to turn things around and show her you aren’t like the last five guys she met.

If not, you’ll be able to determine it’s not worth it and can spend that time gaming a different chick who’s actually down to hang out.

Don’t Reject Yourself: How To Avoid Self-Sabotage With Women
A Beginner’s Guide To Mastering The Art Of Sexting