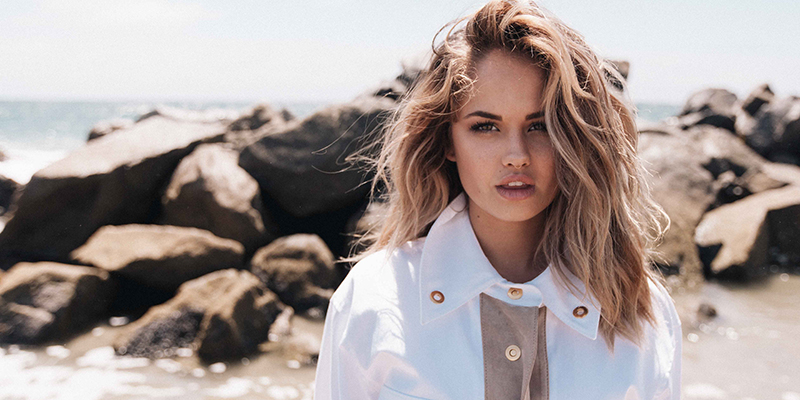 Understanding The Female Psychology, As Explained By A Woman

I’ll admit that women are crazy. We are.
But not all of our nuttiness is undecipherable. In fact, I firmly believe any guy can give a woman that ‘swept off her feet’ feeling by following a myriad of relatively simple guidelines.
When Christian asked me to shed some light on the female psychology and detail how a woman ends up making out in the coat closet with one guy while not giving the time of day to another, I thought I’d focus on seduction Do’s, not Don’ts.
Here we go:

We’ve all heard it a thousand times before, but I have to repeat. Eye contact is everything.
It makes you appear confident, builds sexual tension, and actually makes a woman feel like you care about her. And it’s the best trick in the book since it’s so easy to do. All it takes is practice.
Challenge: Every time you have a conversation with someone, woman, friend or coworker, quiz yourself afterwards about what color their eyes were.
“Brown” and “blue” don’t cut it. You should be reporting back stuff like “green with yellow specs” or “ice blue with large pupils.”
Initially, this might be challenging since you have to listen to them and do color documentation at the same time. You’ll adjust quickly.
Even if you miss everything the person said, if you’re studying their eyes that carefully, they’ll have NO idea you were tuned out.

Put Yourself in Context

Women are animals too. If the sexual connection is there, we probably want to rip your clothes off just as badly as you want to strip off ours.
We just need you to make it okay for us to do so by assuring us you’re not a psycho, a rapist, or a male version of Glenn Close in Fatal Attraction.
Why do you think we ask you:
Where you grew up?
Went to school?
And where you work?
It’s not because we’re gold digging bitches (at least not most of us). We’re just trying to gauge if you’re SAFE.
There are lawyers who are also ax-murderers so this is not a proven method, but trying to figure out where someone fits in the universe doesn’t hurt either. If you volunteer this kind of information, we’ll like you that much more, that much more quickly.
Slip it as early as possible where you went to college, what job you have, and if you have a dog (we all think men with dogs = men ready for commitment).
Provide the conversational infrastructure so we can figure out if we have friends in common. If we do, you’re pretty much stamped, sealed, and approve as ‘non-life threatening.’

House Parties Are Your Friend

On a similar note to above, let me disclose that I’m far more open to meeting men at a friend’s house than at a club.
A guy approaching me at a bar could be anyone, literally.
A man approaching me at a friend’s home or apartment is clearly a friend-of-a-friend.
By being inside the four walls of a person I know’s apartment, the chances you’re a sketchy predator are slim.

Women love talking about their problems. It’s therapeutic. It’s how we feel connected with others. This doesn’t mean we want you to reciprocate.
Accuse me of having a caveman mentality, but I like men because they are masculine –i.e. chock full of testosterone and different from me.
I don’t like men because they’re effeminate whiners who complain about their problem and hand mix their own hair products.

Vague right? Well let me break it down into doable points:
– Command our attention and command the room. Sustain eye contact. Know how to talk to the bartender with authority and kindness – as if he was your little brother’s best friend.
– Help us into our coat, pull out chairs, open car doors. Once you know what we want to eat or drink, order for us. On the sidewalk, make sure you’re walking closest to the curb. Be strong yet polite to anyone’s path we cross. This stuff is so easy!
– Think ahead. On a first date, my guy was closing our bar tab while the hostess took me to our table. I asked her to direct him to our table as well, and she responded ‘Oh he knows where it is. He requested this table especially. It’s the best in the house.’
Shallow, but the fact that he’d taken the time to do this was a huge turn on. This dinner was so well-thought (and consequently sexy) that it took five more dates with the guy before I realized he was an utter douchebag.
And that’s not the point. The point is that the ‘wow factor’ of a simple move like this was so powerful.

Being a Good Dancer Never Hurt

Anecdote number two: I’m at a party and this short, moderately attractive guy with a great sense of style, great eye contact, and killer dance moves stole my heart.
He was like an immigrant from Bulgaria working as a hair stylist or something, but carried himself like he was a Serbian prince. His confidence and charisma set this magical mood that was okay to have fun and okay to feel attracted to him.
Dancing in public as a man requires serious confidence, serious dance lessons or both.
Not many men are good dancers so me and every other vagina in the room was vying for a spin on the dance floor with him, finally enacting the Sleeping Beauty / Cinderella-esque dancy fantasy we’ve had since infancy.
Use the fact that most men are horrible dancers to your advantage and let yourself stand out.
My last two humble pieces of advice are contradictory, depending on your intentions.

If you want to fling…

Give Yourself Permission to Sexual

I’m at a loss of words of how precisely to describe this, all I know is that it involves extreme eye contact, confidence, and subtle, non-skeezy touching. Set up a romantic mood right out front and don’t let her get out if it.
The best example I can give: A guy who went in for a kiss which I denied him. He confronted me immediately with: “I want to kiss you.” Nervous and surprised at his bluntness, I told him I didn’t make out with people in public.
“I totally understand,” he said, “Meet me in the bathroom.” He turned and left, not waiting for my response.
Did I show up?
Yes.

If you want more than a fling…

Christian once told me he assumes all women are friends until proven otherwise. He knows his stuff. If you do all of the above without getting too touchey-feely or pushing for a kiss, we’ll start to get obsessed.
It’s like, “I think this guy likes me. He acts like he likes me. But he’s not making the first move! What’s WRONG?!” It’ll infuriate us in a great way.
We’ll wonder if we’re not attractive enough, flirting back harder. It’ll make us want you even more. We’ll be desperate for you to touch us instead of worried that you’re trying to get in our pants.
Tease us out as long as possible. It’ll be worth the wait.
All women are different, but most likely, we want the same things you do: to feel appreciated and safe with someone who makes our life happier and simpler.

Stay In Control: Why You Should Skip Sex On The First Date
Don’t Play Yourself: How To Know If She’s Leading You On