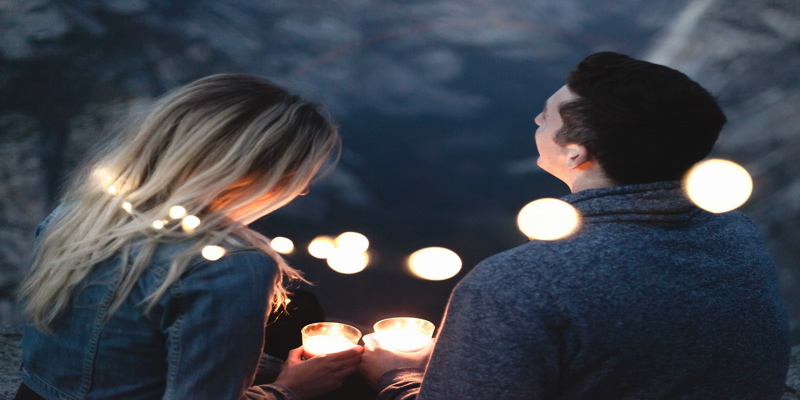 Just Do It: The Definitive Guide On How To Ask A Girl Out

Asking a girl out can have a lot of different meanings.
It can mean asking a girl on a date, or asking a girl to be your full-on girlfriend. Either way, there’s a method to the madness. You can’t just blurt something out.
Asking a girl on a date is a lot different than asking a girl to be your girlfriend.
One is pretty carefree and you shouldn’t feel like you have much to lose, while the other is, well, a little stressful.
Understanding how to ask a woman out can take time, and may not always go well the first time you do it. The one thing you shouldn’t do, is sit around wondering how to get a date with a girl.
The best way to be successful in asking a girl out, is by going out and doing it a lot. You’re going to get rejected plenty of times—sure, that’s part of the deal—but you won’t learn without some pushback.
That being said, there are still things you can think about ahead of time that will ensure your success sooner rather than later.
You don’t want to think too much, but it can definitely help to arm yourself with a little knowledge.
If you’ve been obsessing about how to ask a girl on a date, look no further. Here’s how it’s done.

How To Ask A Girl On A Date

The number one reason girls say to no to dates is because they feel pressured. When asking a girl on a date, your mindset should be the following: take it or leave it.

You want to convey interest, and make her feel special, but you also want to convey that the decision to spend your valuable free time together is mutual.
It’ll keep things balanced from the beginning, and make things more fun overall.
You should still be specific about where you want to go, and what you want to do, but keep it low key.

How To Ask A Girl Out Over Text

Whether you like it not, we live in a society where huge parts of our communication with each other happens via text. If you aren’t comfortable with it, too bad. It’s time to get comfortable.
Assuming that you’ve already figured out how to ask a girl for her number, you’ll have to take the next step. Text her and make plans. It isn’t as hard as you think, but it can be difficult if you overthink it.

Every guy is afraid of running out of things to talk about while texting a girl, but that idea is flawed from the beginning. You don’t have to text a girl you like every ten minutes.
Text her once in a while, chat for a bit and don’t come off as needy. Before you know it, she’ll be asking to make plans with you. That’s sort of how it should work anyway.
If you have to convince a girl via text to go out with you, she probably isn’t worth going out with in the first place.
Make plans together via text, and don’t assume that there’s some magic message you need to send.

How To Get A Date With A Girl

Getting a date with a girl is less about the way you ask, and more about the way you are. What does that mean? Well, think of it this way.
The creepiest, weirdest or most boring guy in the world, could have a really interesting way of asking a girl on a date, but if he’s not doing it for her personality-wise, she’ll say no.

Getting a date with a girl is more in how you present yourself naturally, and less about the actual words you use. In case you need a refresher, here are the qualities you should aim to convey when you meet a girl:

Girls hate guys that are needy, creepy or appear as if they have some kind of agenda.
If you can convey the above traits genuinely, and without it appearing forced, you won’t have to worry about how to get dates. They’ll just come to you.

How To Ask A Girl To Be Your Girlfriend

Yes, this is the big one. However, it doesn’t have to be. Asking a girl to be your girlfriend should really just feel like a formality. Basically, you should know how it’s going to go ahead of time.

If you don’t, or have some hesitation, it may not be time yet. You shouldn’t ask until you’re absolutely sure you that both of you feel the same way.
Easy, cowboy. Just because you slept with her doesn’t mean it’s time.

Sometimes it takes months to develop the kind of trust a girl needs to want to date a guy. It’s like most things in game. She should want you, just as much as you want her. That’s why asking her shouldn’t be stressful.

When you do ask, just be honest about what you want. Say it proudly, but don’t make a big thing out of it. She’ll feel less afraid by it, and will be more likely to reciprocate your feelings.

Stop Worrying About Ways To Ask A Girl Out

Look, worrying about the best ways to ask a girl out will get you nowhere. It makes you come from a place of negativity, rather than a place of spontaneity or fun.
Yes, it can be stressful if you’re not used to it, but the sooner you can get past the anxiety of asking a girl out, the more successful you’ll become. It’s just like approaching.

The more you worry about what to say on your initial approach, the worse that approach is going to be. The key is to just do it. If it doesn’t go well, just pick yourself up, and move on.
It’s easy to get caught up in thinking that rejection is the worst possible thing that can happen to a guy, but it isn’t. It’s just our animal brains making us afraid of something that isn’t really that scary.
If you’re really concerned with asking a girl out, grab your buddies, hit the bar and start doing it. Remember the basics, but don’t get too hung up on them. Treat every interaction like practice.
It’s easy to want to find success with women right away, but it takes time. Be patient, and work on your technique.
If you stick with it you’ll eventually find that all your worrying about how to ask out girls was for nothing.
Guys in general are pretty impulsive, and when it comes to women they don’t like to wait. This is the biggest paradox, though. The more you wait and hang back, the more women will come to you.
So, if you’re still stressing out about what to say to a girl, just remember, it’s not that serious. If you give it time and realize that game is a process, you’ll eventually reach a level you never thought you would.

Keeping Things Interesting: Things To Say To Your Girlfriend
Reading Between The Lines: Signs A Girl Likes You