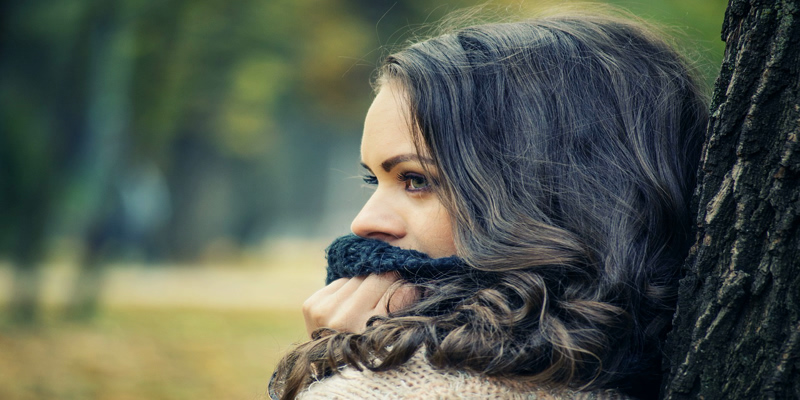 Reading Between The Lines: Signs A Girl Likes You

Knowing when a girl likes you isn’t easy.
Girls actually tend not to make it easy on purpose.
To them, it’s really all a test. She’s trying to see if you can overcome obstacles, and one of those obstacles is whether or not you can figure out what she’s thinking.
If a girl likes you, she’ll only show it in subtle ways.
She isn’t just going to come right out and give away all the signs she likes you.
She may be doing it to protect herself, or to get a better understanding of who you are. Either way, knowing how to read the signs will almost always pay off when you’re trying to get with a new girl.
It’ll enable you to calibrate better, think better on your feet, and know when to back off.
Some guys just know a girls signs; it’s like it’s built into them by evolution or something. The point is, some guys out there can tell what it means when a girl says a certain thing or acts a certain way.
Here’s a hint: there’s usually another layer of meaning to what she’s saying.
There’s a good chance the words she’s using or the body language she’s giving you have an entirely different meaning than the one you’re picking up on.
The bottom line is, it isn’t all that hard to figure out the signs a woman likes you.
You just have to be a little observant, look for patterns and then use the knowledge you gain to your advantage.

Shh: Signs She Loves You Secretly

One frustrating thing about girls is that sometimes they really like a guy, but tell themselves they shouldn’t be with him.
It could be from anxiety of commitment, or something about him that they don’t want to accept they like.

So, they keep it a secret. They keep it bottled up, perfectly content to never act on their feelings.
However, sometimes it’s easy to pick up on it when a girl is going through this kind of struggle.
If you see her often, she’ll usually keep reminding you that the two of you are just friends. She’ll claim that the two of you could never hook up because you’re like brother and sister.
If she says it once, it’s probably something you can take more seriously.
However, if she says it repeatedly, it’s because she’s trying to convince herself, not you.

The Big One: Signs A Girl Loves You

Sometimes you may be dating a girl but not know where you stand when it comes to love.
It’s a touchy subject, and not every couple is ready to tackle it.
But your girl may give you signs. There are a lot of signs that a girl loves you, and they aren’t really so hard to figure out.
In fact, you’ve probably experienced one or two.

You’ll want to keep an eye out for the following if you’re looking for signs she loves you:

For women all of these are pretty big emotional investments, so for her to follow through on them means that she’s either very in love with you, or is in the processing of falling in love.
If you’re noticing some signs that indicate a girl might love you, don’t run from them. Embrace them, and ask yourself if you may be feeling the same thing.
It’s a big investment for both parties.
You can give a girl the benefit of the doubt, and just picture the two of you together.
See how it feels in your head, and then proceed.

Love Or Lust: Signs She Wants You

There are a lot of different kinds of wanting in the world. Sometimes a girl will put out the signs that she loves you, and other times she’ll put out signs that she just wants to rip your clothes off.

Look, these signs aren’t a guarantee, and there is always something to be said about backing off.
If you misinterpret these signs, respect her boundaries, and tell her you misunderstood.
However, if you feel that she’s putting out a sexual vibe, and you’re interested as well, go for it.
Look for these signs, and see what she might be trying to tell you.

What To Do If A Girl Likes You

Knowing what to do if a girl likes you actually isn’t so easy.
As men, we’re usually used to making the first move, but when a girl does it, or we know she’s interested, it can throw us off.
The key is to just relax. If she’s interested, just let her have an opportunity.
There’s no need to do anything sudden, or ask her out right on the spot.

Let her make it clear how she feels and keep watching for the signs.
If you want you can flirt back with her a little bit, just so knows that you’re both on the level of interest.
The key is to just stay calm, and don’t dive in too quickly when you get signs a girl likes you.

If A Girl Likes You, You’re Doing Something Right

It’s not easy for most guys to get to a level where the girl is chasing them, and sometimes a girl never will.
But she if she’s tipping you off that she might be into you, you’ve basically already done half the work.
At this point, all you have to do is keep doing what you’re doing and try to discern what it is she actually does want.
It could be a fling or it could be a full-blown engagement.

Stay Focused Or You’ll Miss The Signs She Likes You

It’s easy to just start getting carried away and having fun when you’re out with a girl. As men, being around women just makes us feel good.
It’s built into us to enjoy their company.
The only problem with this is that sometimes we can lose focus and miss certain signs she might be sending us.
There could be a girl in your life right now who may be trying to tell you something.
It could be your friend, your co-worker, or even some girl who sells smoothies at the gym.
The point is, girls send signs all the time and there’s nothing worse for both parties than missing them.
She’ll be pissed, and you may have missed out on a pretty great opportunity.
There really isn’t any excuse for not noticing when she’s trying to tell you something.
So stay focused, watch out for the signs, and maybe you’ll end up with someone you never thought you would.

Just Do It: The Definitive Guide On How To Ask A Girl Out
Bouncing Back From Dating Struggles: How To Get Your Confidence Back