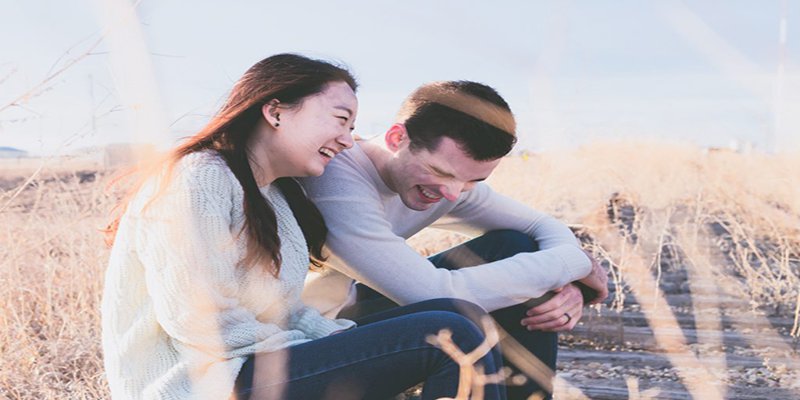 The Art Of Conversation: How To Talk To Girls

It may not seem like it, but your voice is the most powerful tool you have when it comes to how to attract a girl. Knowing how to talk to girls is more important than knowing how to dress, being physically attractive or even having a ton of money.
A lot of these things are little more than clichés that guys somehow still think have some applicability in the dating sphere. The truth is that you will always have to rely on words to make a girl want you.
When it’s all said and done (no pun intended), language is going to make her attracted, give her the best idea of who you really are and show her why you’re a good choice for her.
But conversation is an art; it’s subtle, specific and needs to be handled the right way if you’re going to use it to get a girl into you.
So, what do you do? Whether you’re struggling with how to text a girl online or how to talk to girls at parties, the formula is the same.

Knowing how to talk to girls really boils down to how well you can communicate the qualities of an attractive man. It’s a matter of having a normal conversation while squeezing in certain hot topics, stories, and clues that are all dynamite when it comes to how to attract a girl.

At the very least, you want to convey the following:

Show Her You Know How To Impress A Girl

If you can get these points across in a way that is clear but not overt or try hard, she’ll start to see you as a guy worth being around. You can accomplish this by telling stories about yourself that display these qualities, or even in the way you respond to a shit-test or how you ask a girl out.

Stop Trying: How To Talk To A Girl You Like The Easy Way

Okay, you still have to try when you’re talking to a girl. If you’re attracted to her, it’s sort of inevitable. But the idea is to not seem like you’re trying.
The worst thing you can do in conversation is try too hard to impress her. Your goal should be to drop hints about what kind of guy you are, without shoving these things in her face.

There’s a big difference between shouting, “I bang lots of chicks!” and telling a story about a time you were at a club and a girl grabbed your head and made out with you.

Seeking Validation Is Not How To Get A Girl

One is validation-seeking, desperate and kind of gross to talk about in public, while the other is funny and showcases the fact that you have women who want you. You may need help with bed. Plus, it shows that you aren’t necessarily entertaining all of their advances, which shows you have standards.
Saying you sleep with lots of girls sounds like you’re trying to impress, whereas telling a story about a time where a girl chased you is less overt.
It’s the same kind of distinction between trying to prove yourself to a girl by spending lots of money on her, instead of just finding a way to let her figure out on her own that you’re killing it in your career.
One displays confidence and the other does just the opposite.

Sometimes out of nervousness, a guy can start talking too much about himself. Whether he’s trying to get a girlfriend or just a hook-up, he tends to get worried that he’ll run out of things to say, so as a reaction, he’ll just push play and never stop talking.
It’s certainly not a problem to have lots of conversation topics ready, but if you don’t give her a chance to talk about what she’s interested in, or what’s going on in her life, she won’t interpret you as being a social guy.
This isn’t exactly how to get a girl to like you from the very beginning.

If anything, she’ll see you as being full of yourself.
Furthermore, you shouldn’t have to make yourself ask her questions; if you’re gaming for the right reasons, you should generally take an interest in women while you’re talking to them.

Even if the girl you’re in a conversation with is only going to be a one night stand, or she’s one that you could see yourself walking down the aisle with, you should always listen to what she has to say.

We are not women—that’s pretty clear—but there’s no reason we shouldn’t take each conversation we have with them as an opportunity to learn more about what turns them on and turns them off.
Of course, you can’t always generalize, but there is always something to be learned, so when she starts talking, close your mouth, open your ears and listen.
Whether you’re confused about how to ask a girl for the first time, or just how to make a girl want you, a huge part of your success is going to be paying attention.

How To Talk To A Girl In Any Scenario: Stick To What You Know

If you’re not usually a funny guy, don’t try to be when you’re trying to learn how to talk to a girl you like. If you’re a deep guy, don’t try and hide it when you’re figuring out how to attract a girl. More than anything else, women are concerned with genuineness.
They want to see that the person they’re conversing with is being honest with them, even if he’s not perfect. In fact, exposing your flaws and being real with a chick can be very attractive.

Don’t Be A Chameleon

It shows that you have nothing to hide from her, and that you’re setting a good precedent for the next time you hang out.
Most people are worried about dishonesty when they decide to throw in with someone new, but if she trusts you from the get-go, she’ll be quick to let you build a bond with her going forward.
Don’t be a chameleon; stick to your guns and she’ll come to you.

Text, text, text: How To Talk To Girls Online

It doesn’t matter what you’re opinions of texting are. Whether you hate it as a form of communication, or you can’t put your phone away each day, you’re going to have to learn how to text a girl that you’re interested in.
So much of communication happens digitally nowadays, so if you don’t go with the grain, you’re short-changing yourself.
You don’t have to be Hemingway, but being able to charm with a good text message goes a long way. It gives you a way to stay on her mind, even when you’re not together, and even though you’re not face to face, can still get her feeling good during her workday.

Be evocative, be funny and give her something to smile at on a Tuesday afternoon. She’ll find it sweet, and it’ll show that you’re thinking of her.
There are really only three things to remember when you’re texting a girl

Whatever you do, just make sure you’re having fun when you’re talking to a girl. Don’t go into a conversation with any attachments to the outcome.
Just enjoy hanging out with her. There is no right or wrong way to attract a girl or make her your girlfriend if you’re both having a good time while it’s happening.

Get her laughing, get her smiling and convey that you’re the kind of guy that can keep the good vibes coming. Girls might be different from us, but they’re still just people.
There’s no reason to overthink it. Just walk over, turn up the charm and before you know it the conversation will take care of itself.

Ditch The Casual Hook-Ups: How To Get A Girlfriend
Where It All Begins: How To Approach A Girl