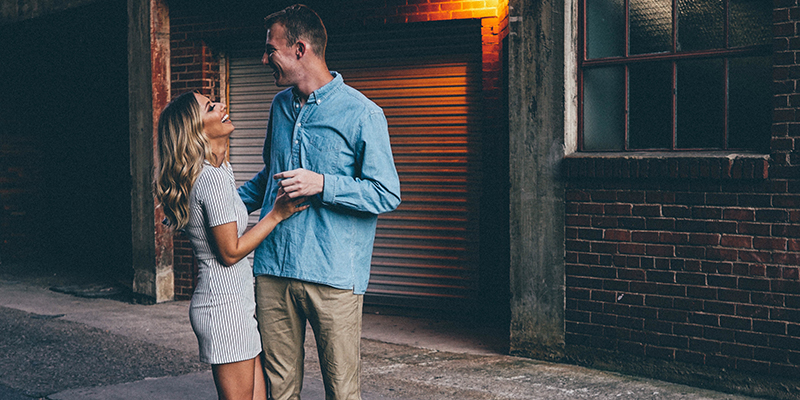 Just Do It: There Is Never A Bad Moment To Approach

I think everyone, not only men but everyone, should adopt a ‘Why not me?’ attitude.
Think about all the hesitancies you’ve taken in life. All the times you doubled down on your initial green light.
The moments you’ve, now that you’re older, think back on with regret. Were they all ever worth it? Would you say that every instance deserved at least a chance?
We can cover a vast amount of ground and dive into diverse areas of our life and this idea will still be applicable.
But today I want to focus on the women you want to talk to: there is never a bad moment to say hello.
When you are single you are in a world where your primary obligations are to investigate.
There is a range of motives that you may potentially have, and it’s your job to find someone who syncs with that vision.
That’s why you should never be too hung up to say something to a woman you are genuinely interested in.
Approach anxiety is real. Going up to talk to a woman is a vulnerability that you must condition your mind to endure. There will be moments where you’ll be embarrassed.
There will moments when you’ll be disrespected and denigrated. But there will also be moments where she likes what you have to say, and will roll the dice on seeing where you two may go.
You’re shit until you’re the shit. You’re not going to feel comfortable going up and talking to women until you’ve done it enough to the point where you’re comfortable.
Mobile dating apps have taken the task of fronting women you barely know and, in a window of 10 to 30 seconds, having to convince them to see you again in another setting.
That’s nice. But you’re eventually going to have to speak to her face to face and the feeling of fear is something that a screen won’t save you from.
The key is to get to the point where you’re never daunted at the thought of talking to someone you’re interested in.
That’s the ultimate goal you should aim for. And you should always feel okay doing so because you’re a good guy.
The privilege of being an authenticly good guy is the confirmation it gives you when you talk to women.
Imagine not lying out of your teeth when you say your single or being honest when you say you’re trying to settle down — because you’re actually ready to settle down.
This confidence will give you an ease that she’ll pick up on. It also should be in the back of your mind every time you approach a woman.
Besides, when you’re at ease, it gives you room to have fun.
You’re going to have a lot easier time in your journey of talking to women when you learn how to have fun doing it.
Be easy! Joke with her, joke on yourself, smile, be nerdy and goofy — it doesn’t have to feel like a marriage proposal when you’re asking for her name.
You’ll be surprised at how willing women will entertain a witty sarcastic exchange.
It’s not about dropping lines or having a clever opening, it’s about relating to someone in a small amount of time.
You can make light of literally anything, giving you an opportunity to brighten someone’s disposition at the drop of a hat.
And no matter the outcome, you feel okay because of the sincerity of your intent.
You should never be afraid to approach when your intentions are pure. What’s there to be ashamed of?
You are a single guy, curious about what you perceive to be a single gal, and all you want to do is know if she wants to throw the frisbee around or check out an old bookstore you’ve seen.
We can’t let the bad guys ruin it for both them and us too.
You don’t have to bear the caution or guilt of talking to a girl when that’s not the type of person you are. When this clicks, we’ll go up to almost anyone with no problem.
One of the main things to remember about going up to talk to a woman is that it won’t break you. Your makeup — the fabric of who you are — is not defined by her lack of interest in you.
A woman’s preference is nothing more than a woman’s preference, and half the time it’s more so a matter of you not being able to unveil the full dynamic of your personality before she made her decision.
Don’t let one let down crush you.
The last thing to remember is that someone will eventually say yes. It’s simple math.
The more women you find the courage to go up and talk to the more of a chance you’re giving yourself to find a connection.
You should never turn down the opportunity to say hi. Women say all the time that men miss cues they drop or are disappointed when guys don’t walk up and talk to them.
Next time that guy can be you.
Why not you? Why can’t you be the one who gets her number? Why can’t you be interesting enough?
It’s an idea that you should hold with you next time you come across a woman your heart starts racing for.
We underestimate the influence we can have on very immediate desires we want out of life.
By simply walking up and having a conversation you can meet the woman of your dreams. Don’t let that slip away.