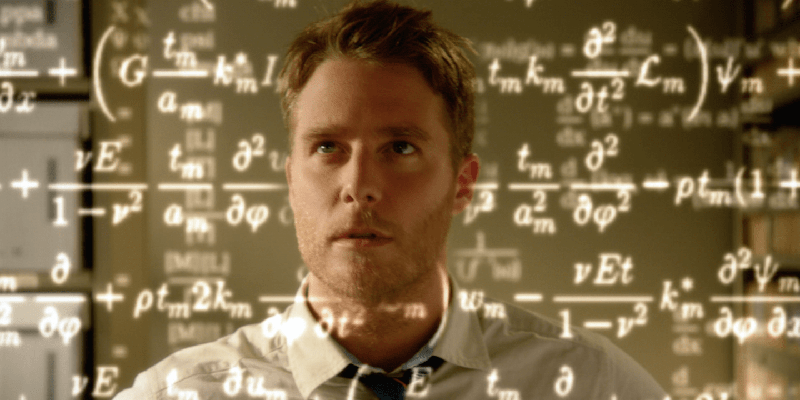 Your Mind Matters: How To Use Your Intelligence To Get The Girl

One thing that seems to always stand out for men and women is that, at the end of the day, we’re all going to see our looks fade.

Yes, many men and women can look great as they age and take forever to even look kinda bad. However, this is not common for everyone.

While being 50 is no longer a death sentence for looks due to amazing medications, make-up brands, and proper health options, there is still a problem.

In the end, the best way to keep the body you had in your 20’s is to work out a lot and eat right.

You have to keep this up your entire life and even then, there is no guarantee you’ll age perfectly.

Why does this matter?

Due to the fact that most of us will see our younger bodies become blah as we age, we cannot expect to only rely on our looks when it comes to being in relationships.

Women often talk about trying to find a guy before they get too far into their 30’s due to this.

It is tough to find the right person, but we’re evolved to be attracted to certain types of people.

Some people can be attracted to bigger people while others only see skinny people attractive. However, men often times see things from an evolutionary standpoint.

We fall in love with a woman’s butt because good and strong hips are good for child laboring. Meanwhile, proper breasts are good for nurturing young.

It is assumed the bigger the breasts are, the better one can feed.

This is assumed because women’s breasts tend to grow while pregnant and while breastfeeding.

All of this is important to know because looks and the way we see people does change over time.

As a teenager, you may find certain women good looking because of a lot of shallow factors. Meanwhile, in your 20’s, you’re not as picky and find women based on more than just looks.

However, this is not 100%. Many people remain shallow, which is why they either stay single or get divorced a lot.

Women find a lot of things attractive about a guy, but only shallow women find the standard guy with only a six-pack attractive.

While women do love to be with a man who is in shape, they also really enjoy more than this.

The reason is because women love conversation and like to be part of things, especially with the guy they are in a relationship with.

This is why many women tend to fall for guys that some may second guess. You ever see that hot chick with the guy that used to get beaten up in school all the time?

It seems odd, right? How did he land her? Intelligence.

Intelligence, outside of looks, is the most common thing that women find attractive about men.

At times, more women will find this attractive over a man being in amazing shape.

If you happen to be a guy in decent shape, aren’t ugly but average looking, you could actually land a girl many men consider to be a ten simply because you were smart and she dug that.

There is a word for attraction to intellectuals. They are called “sapiosexuals.”

Many women actually fall under this without knowing it. They seem to only be attracted to guys who they find to be smart.

The best way to use your intelligence to get the girl is to, well, use it. Find subjects she likes and use this as conversation starters.

You can also use universal things when speaking to a woman for the first time, by being capable of using factual information in any area.

For example, say you’re in a mall. You’re coming across a woman you find attractive and feel like talking to.

She enters a store you both can go into without things being weird.

You go up to her and take her a shirt you’re trying to pick out for yourself, or show her a candle you need to buy your mom, or any excuse you can do to speak with her.

Women love giving their opinion, especially when you ask it. They like to be included. This is especially true when shopping.

Most women do not go to the mall if they’re in a hurry to get in and out, this is not a grocery store.

When doing this, you should use a factoid that you think she will find interesting.

This is a common one used, but possible for you to get away with.

Let’s say there is a shirt you ask her opinion on. You tell her:

“Yeah, I am trying to get a proper color for me, and the right length. People often times have that feeling of only looking good in certain colors weirdly. Like, you may assume you’re a summer or fall, right?

This was only put in play by fashion designers to trick people into buying certain items through the year. Why do you wear orange and brown more during the Fall than Spring? Why are most warmer clothes darker looking? That is why.

Some feel it had to do with what Native Americans wore during this period of the year. However, most people wore basic colors for centuries with only royals having clothes of vast color.

The problem is, I don’t feel like I look all that good in this color. I am certainly not a royal. However, I wonder what it looks like with you.”

You can put it up to her and say something along the lines of:

“Ah, see this color fits you. You must be one of the universal types. Either that or you’re of royalty. Is there something I should know? My name is (insert here) by the way. I did not catch yours. Thanks so much for helping me too.”

While doing this, you’re smiling and playing all of this off in a conversational way. Meanwhile, you’re also picking up on things like attention span.

If she does not seem invested through a quarter of what you said, she does not care. This is why you’re going through all of that.

It engages her mind and if she is someone who likes to learn or finds smart men interesting, you’ll seemingly keep her invested.

Most women tend to find information useful, especially women who do not consider themselves smart as well.

Some women who do can also overvalue their intelligence and thus find others interesting because she feels she is also gifted there.

Intelligence is not a universal thing. Most people have access to proper education, but not all wish to employ it.

Sometimes those little tidbits of random information can come in handy. While the example above is just that, an example, the idea is pretty simple at the end of the day.

You’re using information and executing the use of it while also making sure to key in on something you know she would find interesting.

There is also a form of detective work and body language science you can play into as well when it comes to picking up women.

Younger women seem to find older men more interesting, for whatever reason, and that means you’ll automatically become hot to them.

You can take that as a win, but this is not universal. That said, you need to pay attention to and use a lot of factors.

The best thing to use is eye contact. Women may not know what it is like for a guy to look them in the eyes, nicely, and not have some sort of intention.

Second, you want to be sure you compliment the part of her that she seems to hide the most.

You ever notice women with smaller breasts tend to either get the best push-up bra on Earth or they layer-up?

This is done so that you’ll not notice a problem and the feature can be overlooked while you’ll notice a better part of them.

Instead, focus on this area. Bring attention to this area, but not in a creepy way.

Use this as an opportunity to show her that you don’t care about a flaw she might have as your attracted to her anyway because you are.

To bring attention to the breasts, highlight the shirt and color of it. Or a necklace you can grab to see what is on it in a non-threatening way.

This forces her to think that you’re looking at this area and not feeling weirded out.

You also want to keep a safe distance from her at all times too, so you don’t invade her space. This means you need to be about 3 feet away as much as you can when first meeting.

Closer people tend to invade privacy and unless she moves forward, you should maintain distance. This helps you seem like a nice person who is not threatening her.

Smiling as often as possible can also be good. This will give you more chances to get a name and/or phone number from her.

You have used simple psychology here to not only grasp her attention but also her interest because she finds you appealing.

She saw you as an adult who was both interesting and threat-free. This is very good to her, and it certainly can help you land a date.

From there, keeping the smarts alive is pretty easy.

Google is certainly a nice tool to learn from.

Either that or go back to school.

Joe Burgett has been writing online for nearly ten years. He's written for some major websites like Screen Rant, The Richest, Rant Sports, Bleacher Report, The Inquisitr, Top 5, and many more. He studies Public Policy at Arizona State, and loves helping people achieve their goals. With his writing at TSM, he hopes to help men (and possibly women) get to where they want to be in life.

Why You Are The Only One Who Can Decide If You Fail Or Succeed
My Past Does Not Decide My Future, And Neither Does Yours