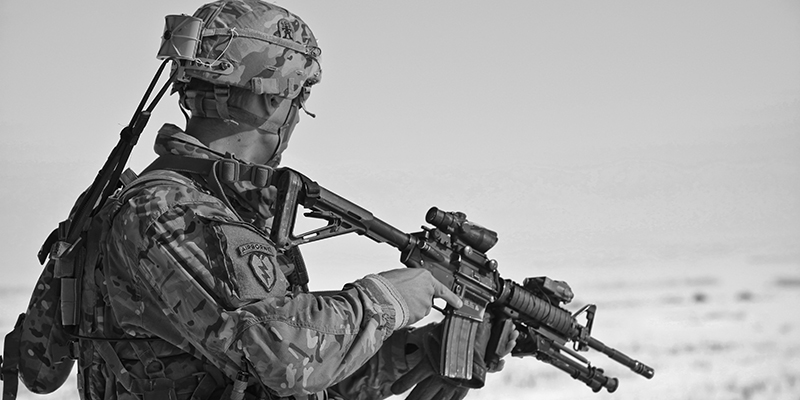 One of the biggest things men go through is the issue of consistently taking credit when everything is great, but trying to push off any blame when things go bad.
It is kind of human to be this way, and women can be bad about this too.
However, as a man it is our responsibility to take what happens and go with it, whether we failed or succeeded.
If a work project did not go well, trying to blame Steve in the next pod or Wendy in accounting is not going to solve anything.
Most bosses love when you take a chance and then admit if you were wrong, if things do not go well.
Chances are how things get done, and how we solve things. Sometimes random mistakes can lead to life defining discoveries.
You know those antibiotics you use to feel better after an infection? The original antibiotic was found by Alexander Fleming in 1928.
The antibiotic was called penicillin. The drug helped to save lives by killing off bacteria, which meant it could be injected or taken orally if made right, and kill all the bacteria in the body.
We don’t want all of it to go away, but that is why we only take it for a limited time.
Fleming discovered this by accident, as he left a mold out overnight. Never intending to do so, he returned to see that it had killed all bacteria around it.
This mold was called “Penicillium chrysogenum.” It helped to save millions of lives since it’s discovery nearly 90 years ago.
Fleming is remembered for an accident, but he did other good works too that go unnoticed or cared about. The man was a genius in fact.
However, he failed a lot. He never thought he would be able to become a medical pioneer with his discovery, but he was.
It simply took an accident and then chances to develop the right drug to give to people.
Thomas Edison was known for his amazing inventions, but did you know his teachers once said he was “too stupid to learn anything?”
It’s true, as weird as it sounds. He was even fired from the first two jobs he had for being non-productive, which is even weirder.
One thing he is noted for is the light bulb, something most have in their homes across the world.
Edison knew what he wanted to do, but failed very often. Was it because he was a bad inventor? No. Was it because he was not capable of developing the light bulb? No.
He failed repeatedly. Yet he kept trying.
Finally, he was able to discover the right way to do things and thus the light bulb was created. When asked how he felt about failing, he said:

Edison took failure and made it his success. We all can learn from this, not because we’re going to somehow become the next Edison or Fleming.
Rather, because we can use it to be the best us that we can be.
No one likes to fail, but everyone loves to succeed. The most successful people in life have failed at something, and that was usually before they became a success.
No one can hold you back, only you can do that. Nothing is holding you firm to the ground of failure. No one is to blame for it but you.
You’re the only one who can decide this, letting others dictate this is idiotic to say the least.
Obviously, there will be times where you have to rely on others and they may let you down. At that point, whatever you’re working on may become a failure.
However, you were not the reason for it, and as long as you worked hard and showed it, the end result will look good.
In the WWE, a man by the name of AJ Styles joined the roster in 2016. He was known for his work on the independent scene, TNA, and New Japan Pro-Wrestling.
Fans loved him, but there were some who did not know him very well. This included the main guy in charge of WWE, Vince McMahon.
While the head of talent relations, Triple H, felt AJ could be big, no one knew.
AJ hit the roster quick and did well, but seemed to fall down a bit. He even had to lose at his first WrestleMania event.
WWE then had him go on a losing streak on his attempt to win the WWE World Title from Roman Reigns from the Spring into Summer period.
Styles would be forced to lose, but he always made his opponent look good. Real or fake, AJ could have gone out there and gone through the motions.
He refused to do this and helped make Reigns look like a million bucks.
Vince would take notice and Styles would win the World Title a few months later after going on a huge win streak against John Cena. All it took was showing what he could do, and proving himself.
This was in spite of the fact that he had to take numerous losses and casual fans would not think he was that good.
Today, he’s huge in the company. He could have held back, but he chose not to. He could have just given up and gone back to Japan.
Styles knew he had to lose to win in the end. It was a proving ground. Every loss and failure can develop into a win down the line.
We’re all able to, as men, learn from mistakes and failures. If we choose to blame others and say they’re holding us back, they made us fail, they’re responsible for the bad.
If we do this consistently, we’ll never get where we want to be. As men, we’re better than that. As men, we deserve to do well for ourselves and our families.
In the end, you decide it all. That is the key thing that will ring in every ear.
The great philosopher, Dr. Seuss, once spoke on this in a book called “Oh The Places You Will Go.” He said in his book:

“You have brains in your head. You have feet in your shoes. You can steer yourself any direction you choose. You’re on your own. And you know what you know. And YOU are the one who’ll decide where to go. You’re off to Great Places! Today is your day! Your mountain is waiting, So… get on your way! Be sure when you step, Step with care and great tact. And remember that life’s A Great Balancing Act. And will you succeed? Yes! You will, indeed! (98 and ¾ percent guaranteed) Kid, you’ll move mountains.”

While paraphrased, Seuss is right. We can get anywhere we want in life if we work hard and do our best.
Failures are failures, and we have to admit them when they come. That way, success is that much sweeter when it comes along.
Make your decision today. Fail or Succeed. In the end, you’ll decide your fate.

How To Destroy Your Self Doubt And Live A Life Without Fear
Your Mind Matters: How To Use Your Intelligence To Get The Girl