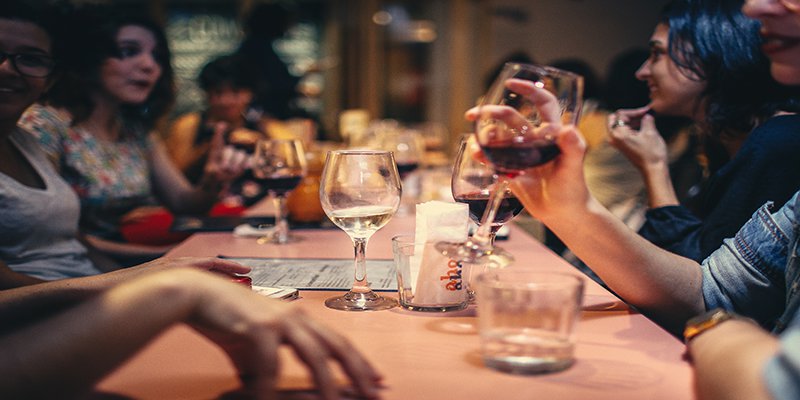 Where It All Begins: How To Approach A Girl

It doesn’t matter how good looking you are, or how much money you have.
Every guy starts from the same place in game, and some will get far if they really take the time to figure out how to approach a woman.
The truth is, the average guy is absolutely terrible at successfully approaching a girl. It’s not always from a lack of confidence, either.
In general, guys treat women like they’re some foreign species, who are easily swayed by cheesy lines, catcalls and sexual propositions with little to no conversation ahead of time.
When it comes to how to approach a girl at a bar, there are a lot of things to remember, but one in particular: girls are not guys.
They never will be guys and, generally, won’t ever think like guys. Sure, you’d love it if a girl walked up to you and just asked you to jump into bed with them.
But that’s because you’re a guy! She’s not going to respond to that same type of behavior because women are inherently pickier, and more selective about who they sleep with.
Thinking that the best way to approach a girl is by walking over to her and rushing things with some suggestive, creepy or forward comment, isn’t helping you, or guys in general.
Nowadays, the parameters for what is inappropriate have gotten a lot stricter, and rightfully so.
There are some bad guys out there, who have made approaching women a lot more difficult for the few who aren’t creeps.
Yes, you can still talk to women with the intention of dating, sleeping with or making out with them, without being sleazy or misogynistic about it.
It just takes a little edge, some respect, and some charm. If you can blend these three things together in your interactions with women, getting to want you will be effortless.

How To Approach A Lady: For The Gentleman

If you’re the kind of guy that likes to err on the side of being nice, polite and gentlemanly toward women, that’s perfectly okay.
You don’t always have to be an asshole to a girl to get her to like you. However, you do have to have something else to offer than a boring compliment.

So, let’s say you’re wondering how to approach a girl at a bar the honest, genuine way. There are a few things you need to remember:

If you can internalize these key points, you won’t have to walk over and start “negging” girls like it’s the year 2005.
The key is to be charming, attractive but also slightly unpredictable so that she stays interested.
It’s not always easy but if you can calibrate between Mr. Nice Guy and Mr. Wildcard, you’ll almost always do well with your approach.

Your Opener: The First Step In How To Approach A Woman

A lot of guys sit around for hours trying to come up with witty, charming or perfectly worded openers for their night out gaming.
Here’s a secret. There is no such thing as a good opener.
No opening line is ever going to be incredible enough for a girl to willingly drop her panties based on that alone.

It may not seem like it, but this is good news. Why? Because it takes a lot of the pressure off. If you know that the first few words you say to a woman are essentially irrelevant, then it makes things easier.
Now, you can just walk up and start talking. You don’t have to waste time in the corner of the bar, wondering if the line you’ve concocted is good enough.

The truth is, an honest, direct, “Hey, what’s your name?” will go over a lot better than a contrived pick-up line.

The key is in the delivery and the sub-communication behind the words. If you communicate that you’re confident, and you do this sort of thing all the time, you’ll be golden.

The Physical Parts Of Approaching A Girl

The way you control your body when figuring out how to approach a woman is more important than you think. As a man, you want to stand tall, open and strong.
You never want to walk over hunched over, looking meek or timid.
It’s not that you’re trying to exert dominance over her; you’re trying to show her that you’re comfortable in your own space. If you can convey that, she’ll want to be a part of your bubble.
There are really only four things that are important when it comes to physicality during an approach:

You can communicate so much just by adhering to these key points. The last one is especially important.
It may not be obvious to all of us, but our fear is very clearly expressed by how tense we appear in conversation.

Jitteriness, tense muscles, and shifting feet are pretty much dead giveaways that you’re uncomfortable so, if possible, try to address these things.
Along with some good eye-contact, you’ll be conveying confidence before you even say “Hi.”

Is The Approach Dead? Dating Site Pros and Cons

A lot of guys think that the cold-approach is dead. They think women know what you’re up to, and their guards are already up too high.
Instead, they use dating sites. It presents as an easier, more convenient way to meet women, that some believe yields better results.
The fact is then when it comes to how to meet women, you should be doing both. Cold-approach is certainly not dead (some women still prefer it) while dating sites can also be highly effective.
To say that one is better than the other isn’t quite grasping the whole idea of game. It’s about numbers and improving your social skills.
You can do both: on a cold night where the bar is dead, work on your Tinder profile, but when the weather gets warm and the streets are covered in girls, get ready to approach.

Approaching A Girl: It’s Not That Serious

The biggest deterrent to approaching women is the possibility of rejection. It stings. No surprise there. But the reality is that it’s just not that serious.
If a girl turns you down, it could be for any number of stupid reasons. She might not like your haircut, your shoes or maybe she just got dumped (like a few seconds ago) and isn’t in the mood.
The point is to just move on and don’t take it personally. Ideally, you’ll want to approach at least ten women a night, so if a few aren’t into you, it shouldn’t be the end of the world.

Just press on, and find another girl to talk to. Rejection is a good way to edit your technique. If something isn’t working on two, three or four different girls, it may be time to change things up.
It’s hard to believe, but yeah, rejection can be a really good thing in the long-term.

Just Have Fun: The Golden Rule For How To Meet Women

If you aren’t having a good time when you approach women, or think about how to get better at approaching women, you’re doing something wrong.
Take a step back, and realize that this is supposed to a be a process that is gratifying for both you and her.

No girl is ever going to be attracted to a guy who has a chip on his shoulder. If game is stressing you out, take a day, relax and go at it from a different place the next time you go out.
Approaching, getting rejected, making out, getting phone numbers: it should all be fun.

The Art Of Conversation: How To Talk To Girls
Everything You Need To Know To Be Successful On Tinder As A Man