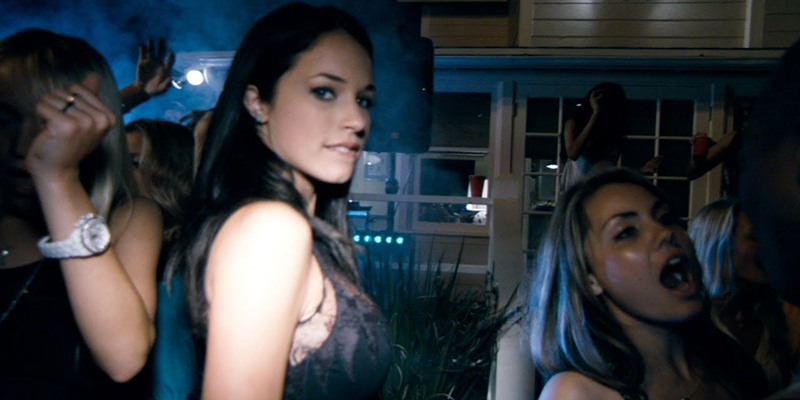 Keeping The Energy Up: How To Stay Busy During A Night Of Gaming

Imagine you’re gaming, and for the first two hours, you’re on fire.

It’s about ten o’clock, the place is filling up with hot girls, and you’re in what some people refer to as the perfect state.

Everything from pre-gaming with your friends to the cab ride to the bar was enough to get you amped up and ready to do some approaches.

Your approach anxiety is virtually non-existent, and you’re essentially the life of the party. But then something happens. There’s a lull in your approaches.

It could even be a short one to five minutes, where you have nothing to do or no one to talk to.

Suddenly, you start to think.

Your brain starts to concoct all different kinds of scenarios in which you’re not good enough, and within a few minutes, you get reminded of all of your insecurities.

A few minutes later you try and approach and it’s a completely different night, you crash and burn.

There are still a few hours left in the night, but it’s almost impossible for you to get back into the same state you were in when you entered the bar.

The lesson here is to never let yourself experience any downtime during a night of gaming.

Picking up girls, specifically through cold approach, is a crazy, crazy thing to do, but it’s still doable. Just like jumping out of a plane.

It’s doable and you’ll probably be fine, but if you think about it, or leave yourself any time to second guess yourself, you’ll lose the right frame of mind.

It’s not easy, but as soon as you enter the venue, you literally should not stop moving.

Start approaching and don’t stop until the end of the night. It doesn’t matter if the girl you’re currently talking to is your dream girl, or if she’s hard to look at.

Just keep talking. The second you find yourself leaning up against a wall, scanning for your next set to approach, you’re already creating an opportunity to let your thoughts take over.

Moving from set to set is a way of quieting the inner-monologue that says self-defeating things like, “She’s out of my league,” or “Her resting bitch face is intense, there’s no way she’ll put up with me.”

When you’re in the right state, none of that stuff matters. You don’t have time to think about what might happen. You’re just having a good time.

Attaching yourself to an outcome or building up to an approach like it’s the end of the world is only going to hurt you.

Approaching girls, while it should be your priority, shouldn’t be something that you’re obsessing about.

It’s obvious that you’re there to approach, so there’s no reason to make it into something bigger than it is. Just keep doing it, and try to shut the analytical part of your brain off.

There are a few strategies you can employ to prevent yourself from sinking back into that mindset of self-doubt. The first is pretty simple, and most guys already do it.

Make sure you go out with a big group of guys and girls. When you go out in a group, you’re able to rely on these people to keep you busy if there’s downtime.

Maybe there aren’t any girls in your immediate vicinity. Instead of waiting for more to come piling in through the door, talk to your friends.

Just keep your mind busy any way you can.

Most of the time you probably won’t be out by yourself anyway, but it’s still easy to get into the habit of just standing around when you’re in a big group.

Maybe they aren’t the most attractive, and you’re not all that into them. It doesn’t matter. Just walk over and start talking to keep yourself warm.

You should think of it like accumulating energy from each group.

Every girl you talk to increases your energy level, so by the time you’re actually talking to one you’re interested in you’re amped up enough to stay in the moment and give her your best.

The last thing you should be aware of is choosing places that have a high energy level, that will force you to stay active.

If you aren’t the kind of guy that has a problem with staying busy during a night out, then don’t worry, but if this is a problem for you, pick a spot that’s highly stimulating.

Music festivals, concerts, clubs, and even some bars are all good options because they’re usually crowded and there’s a lot happening.

In a way, the environment forces you to stay busy and avoid standing up against the wall.

The sheer energy of the venue will keep you stimulated and keep you from entering the dreaded self-doubting overly analytical part of your mind.

All these things should be taken into consideration before you even get to where you’re going.

It’s very hard to get back into the right high-energy state once you’ve thought yourself out of it. Think of these tips as preventative rather than fixes for low-energy.

The idea is to never let your energy drop from high-energy and fun to low-energy and analytical.

That being said, not everyone has a high-energy game. Some guys keep it low-key, while others crank it up as high as they can.

The point is to do what is congruent for you, while not allowing for any lulls in your night.

Next time you enter the bar for a night of gaming, don’t expect to take a break if you want to get the most out of it.

Go hard for the whole night, stay focused and you’ll be glad you went out that night.

How To Bring Up Sex On A Date: It’s Not What You Think
Friends With Benefits: The Good, The Bad, And The Ugly