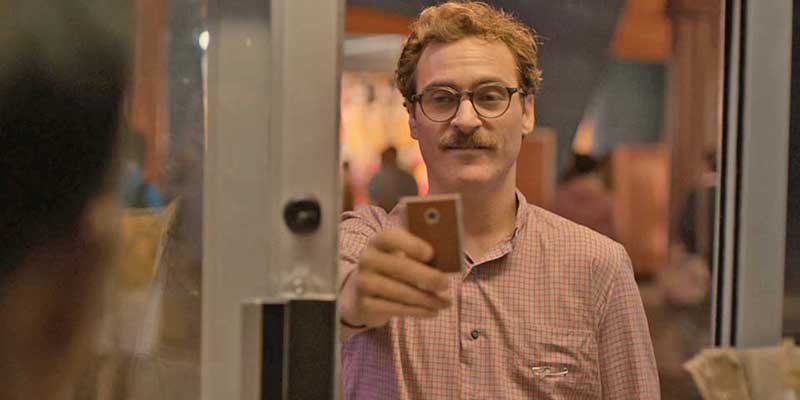 Ditching Digital Dating: Why Approaching In Person Wins Every Time

Dating apps are here to stay.
Since they first came onto the scene, they’ve almost seemed to take the place of good old-fashioned approaching.
On the surface they’re more convenient, give the user a better chance of meeting someone and maximize your dating pool without you having to even get up from the toilet when you’re taking a shit.
To anyone who isn’t paying attention, the world of digital dating is one that seems attractive, interesting and worth a shot for the average guy looking to snag a date or two.
Yet, there is something a lot more insidious about dating apps, and those who have gone out and gamed consistently, know that Tinder and Bumble only account for a very small part of the attraction equation.
So much gets lost when you talk to someone over an app instead of talking to them in person.
A picture and a dialogue box can’t account for the little nuances that people consciously and unconsciously pick up on when they first meet.
Further, apps create a kind of dark evolution in both men and women; someone could be an incredibly evocative, charming texter but then turn out to be one of the worst dates the world has ever seen.
Sure, she knows how to tell a joke and say cute stuff on Plenty of Fish, but the second you meet her at the bar she’s rude, bossy and gets into a fight with the wait staff over something inconsequential like a smudge on her wine glass.
I don’t know about you, but I’d rather stay home.
The potential for people to hide who they really are is so much greater on an app, and the sad truth of it is that you won’t know until it’s too late.
This also shortchanges guys who maybe aren’t the best with texting, but can absolutely show a girl a great time in person.
There is a fundamental disconnect between a guy who can charm a girl in person and a guy who can merely do so over an app.
In the long run, the girl will most likely choose the guy who can turn her on in person over the one who can say some witty shit over an app, but she’ll never know because she’s got her face buried in her phone.
The sheer volume of girls you can examine just through your phone makes each conversation less meaningful too.
I’m certainly not saying that you have to put all of your eggs in one basket when you’re talking to a chick, but any guy who’s done cold approach pick up knows how good it feels to zone in and strike up a conversation with a specific girl he’s been checking out.
He’ll probably try harder, focus more and end up being more of a catch than if he’d simply assumed that he could swipe his way to someone new in a matter of seconds.
Not to be cheesy here, but dating apps reduce the value men and women place on each other because the possibilities really never end.
Sure, approaching someone in person is a lot harder and it spikes your heart rate quite a bit, but that’s because the reward is so much greater.
Meeting a girl is supposed to be a little nerve-wracking, and you’re supposed to get a little nervous when you make your move.
Dating apps are little more than a way for people to escape their own fears of going for it.
Any guy knows that being afraid to talk to a girl isn’t the most attractive quality, but he falls right into the digital dating trap by swiping.
It’s inherently a lame move to talk to a girl on an app, and while she may not do so consciously, she’ll already deduct points.
If you disagree, think about the last time a girl said this:
“So, what are you doing on Tinder?”
Sound familiar? Of course, it does. She’s trying to see what circumstances led you to have to start hitting on girls over your phone.
She’s wondering, why is this guy not out talking to girls in person? It’s a red flag for any girl and makes her suspicious from the start.
On the other hand, going out and chatting up a girl in person eliminates this kind of suspicion. It’s confident, self-assured and shows that you aren’t afraid of social interactions.
As long as you do it respectfully, approaching a woman is one of the sexiest things a guy can do.
She gets your facial expressions, your smile and the sound of your voice all at once, and if it’s done right, will inevitably turn her on.
It’s a lot better than searching Safari for a meme that someone else came up with and firing it off in the hopes that she’s dumb enough to think it’s cute.
Real game is personal, and dating apps are just the opposite.
Your goal when forming a bond with a girl should be forging a sense of closeness and attraction, and dating apps only bring you further from that goal.
Even if you do wind up on a date with a girl you met on Bumble or Tinder, you’ve still missed out on the adrenaline rush of walking over to her for the first time.
No, it doesn’t count that you were ten minutes late and you walked over to the barstool where she was sitting. It’s pre-planned, low risk, and just not that much fun.
Listen, if you have Tinder or Bumble, no one is saying you have ditch them forever, but just don’t become reliant on them.
Make your dating life more human, and less robotic. Get to know people, and see the value in one individual girl when you’re out at a bar.
Approach her like she’s the only girl in the bar. Go in head first, show her your real personality.
Trust me, she’ll thank you for it.

How To Keep Your Social Skills Sharp When You’re In A Committed Relationship
Ditch The Casual Hook-Ups: How To Get A Girlfriend