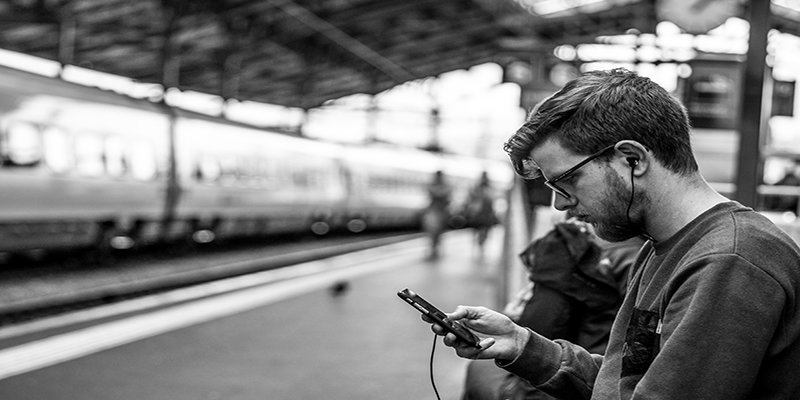 Even if you’ve been trying to escape it, the Tinder dating app is becoming more and more prevalent in today’s dating scene.
It’s almost impossible to be really successful with your dating game without the occasional tinder hookup or even just tinder chat.
For a long time, a lot of guys resisted apps because of one simple reason: they were different. They forced guys to rely on a different tool than their physical presence.
Using apps like Tinder requires you to use the power of words to convey your personality, and for a guy who isn’t all that articulate, this was a scary thing to have to consider.
However, more and more girls are flocking to Tinder and some of the other best dating apps out there for a number of reasons.
First of all, Bumble and Tinder are safer. If she feels threatened, she can just un-match a guy. Second, it opens people up to more opportunities.
Let’s face it; it would be great to be able to go out every night, work on your social skills and meet people every night, but girls and guys both know this isn’t reality. This is why online dating apps are so popular.
But, just like real, cold-approach pickup, there is an art to it. There’s a method to conveying your personality in the confines of a dialogue box, that isn’t as intuitive as it seems.
It takes some time, sure, but eventually, you can master it if you just put the time in.

The best way to start racking up tinder matches is to learn how to create emotions with language. Any guy can fire off a pickup line or some cheesy remark, and because of that, she’s not going to be into it.
Girls love talking on the phone as well as texting, and as much as they don’t want to admit it, look to guys for stimulation during the day.

Considering that you can’t speak directly to her, you’ll have to stimulate her mind with the words you type. For someone who isn’t used to this, it can be a challenge.
It sounds crazy, but start reading, listening to people talk and writing on your own. Think of it like an exercise to get that part of your brain working.
Soon, you’ll come off as more in tune with yourself, more charming and overall, a guy who can hold a good conversation even if it’s just via text.

Avoid Being A Creep On Online Dating Apps

There’s always been a weird connotation to the internet. Facebook stalking, messaging weird photos, Craigslist: it’s made digital dating a very delicate process.
Ultimately, there are three things you have to remember if you want to avoid being a creep on the internet:

Considering that there is always a strong level of anonymity on the internet, a girl is going to have her guard way up when it comes to whether or not you’re a creep.

If you give her even the slightest feeling that you’re only interested in sex (or worse) she’ll stop answering, block you and move on to the next guy.
But if you can paint yourself as interesting, respectful and with just the slightest bit of edge, she’ll hang around to hear what you have to say.
And, for the love of God, never, even send a dick pic. She doesn’t want to see it. It’s not going to get her interested, and she’s probably going to show it to all of her friends. Essentially, it just isn’t worth it.

The Best Dating Apps: Does It Really Matter?

The app you use doesn’t matter at all. Girls are girls. You aren’t going to be more successful on Bumble than you are on Tinder if your approach sucks across the board.
In fact, it’s probably even best to stick to one app for a few months at a time. If you’re really not having success, you can change it up, but only use one app at a time.

Using several at once just requires too much time on your phone and, while dating apps are useful, spending too much time on them can make you forget that there’s a real world out there.
There is no best dating app. It’s about your skills, and how you use the ones you have. That’s it.

Let’s say you do get a girl on a date from a tinder match. There is no hard and fast rule about what Tinder means. It just depends on the interaction.
It may just be a hookup, or one of you may be looking for something more serious.

Just be clear ahead of time to avoid an awkward situation later. The best way to ensure that you’re both on the same page is to remember the following:

Even if she’s only interested in hooking up as well, it’ll help if you’re fluid about the outcome. It may start off that way, but there are plenty of people out there in committed relationships that started off as nothing more than a tinder chat.

When you first sign up for Tinder, make sure you do it right. Take the time to work on your profile. This is the first thing she’s going to see, so be sure that it’s interesting and that your photos aren’t completely absurd.
You want to show her what you look like, but in a way that isn’t gratuitous or over the top. Candid shots work best, and your bio should be funny more than it is informative.

Have Fun, And Don’t Get Tangled In The Tinder Web

Tinder does something weird to our brains. It lets us see hundreds of women a day when we aren’t quite wired for that level of stimulation.
It can be stressful, overwhelming and, while it can boost success, it can also increase your level of rejection.
Don’t take it so seriously. After all, it’s just a dating app. There is no reason to let it get you down if you aren’t getting matches, especially since there is an unlimited amount of women available to you.
The best thing about an app like Tinder is that you can keep tweaking your profile and your approach until you find some success.
In an hour, you can have a completely different profile that yields entirely different results, so getting bent out of shape about it just doesn’t make any sense. Enjoy the process just like you would a night of real gaming.
If Tinder or any other dating app is causing you more stress than enjoyment, quit for a while and go out and game for real. The key is to look at dating apps like a supplement to your dating life, not your dating life itself.
Use it as a tool, and don’t get hung up on every single swipe. And when you get that first tinder match, just take it slow and enjoy the ride.

Where It All Begins: How To Approach A Girl
First Date Ideas: Why They’re Not As Complicated As You Think