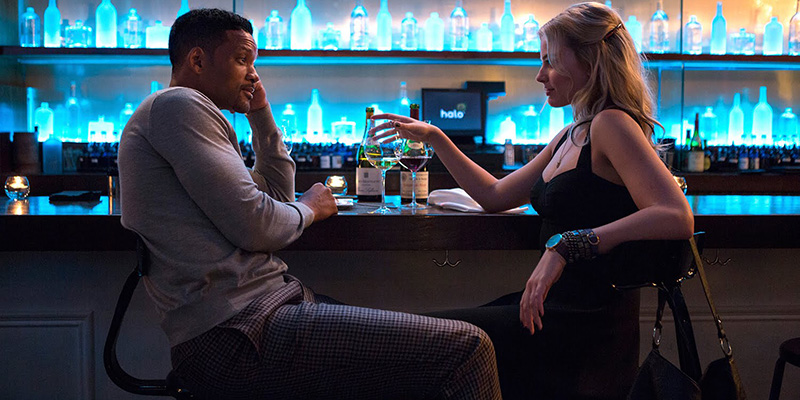 Quality Vs Quantity: The Double-Edged Sword Of Approaching Women

It’s Friday night, you’re out with your crew and the bar is packed.
It’s a perfect night to do some gaming, work on your conversation skills, eye-contact and posture. Hey, you might even pull…
As most guys know, a night like this always starts with approaching. You lock on, walk over and get the conversation going with some killer line that she can’t help but giggle at.
Four or five hours later you’ve done countless approaches and have a decent list of numbers to hit up the next week for a Day 2. All in all, the night was one for the record books.
But cold-approaching is a double-edged sword.
Some guys go out with the mindset that you should talk to as many girls as possible and approach at will. Others are more selective, and wait for a girl they see that they really want. Is one way better than the other?
Well, it depends on a few things. First, it has to do with what your purpose. Why did you decide to get off your ass and go out in the first place? Are you a beginner?
Maybe you just emerged from a month-long Call of Duty binge and haven’t seen the light of day for a while and need to dust off the cobwebs.
Or maybe, you’re one of those guys who loves the idea of waiting to approach the hottest, baddest chick in the whole place for the thrill of it.
There are advantages to both mindsets, and the best part is it’s totally up to you.

Approaching like you just got out of jail is a good way to build up your social value while also meeting as many people—not just girls—as possible.
You can talk to any group, hang with them for a bit and then bounce around to another. Within a few hours, you’ve gotten to the point where everyone in the venue knows you, likes you and wants to sing karaoke with you at 4 am.
This, in and of itself, makes you more attractive to just about everyone, so in a sense, you kind of let the good opportunities come your way just by drawing positive attention to yourself.
You can snag a number or two and maybe even a few make-outs, but it isn’t the sole purpose for your night out. You’re there to be the life of the party without being attached to any particular outcomes.
The downside here is that you may end up in a conversation with a girl you really like and it may be hard to keep the focus on her.
When you’re telling jokes and ripping shots with strangers that are about to become your new best friends it gets difficult to focus on just one person.
Approaching at will puts you into a state of mind that is extremely high energy, like when you get star power in Super Mario, and sometimes it can be hard to get out of it.
Talking to a girl one-on-one requires focus, and if you’re getting pulled in ten different directions you might seem like you aren’t really paying attention and miss out on an awesome opportunity.

Being more selective with your approaches gives you a lot more control over how your time in the field is spent. You don’t approach every girl you see; in fact, you don’t approach most of them.
You hang out, have a drink, talk with your friends and wait until you see a girl you just have to talk to.
It’s a more relaxed night and can yield some pretty positive results if you’re confident in your abilities. Guys that are more seasoned tend to approach less, because they have practice and know their type.
It takes a long time to figure out which type of girl you’re best at talking to, and once you do, the urge to approach dozens just for the hell of it kind of goes out the window.
The drawback to hanging back and waiting is that you lessen your overall chances of success.
Not every girl is going to like you, and if you only approach two a night, the chances that something good will come of it are low.
That’s not to say that you can’t end up with a 10’s phone number, but the more picky you are, the less chances you have to meet someone.
If you’re confident that you and the whiskey-sipping girl with the Hello Kitty tattoo in the corner are going to hit it off then sure: take a second, figure out what you’re gonna say and go for it.
Just know there’s a chance that you could put in a good few hours with her, only for her to decide she’s just not that into it.

Sometimes the environment changes, and you have to adapt.
Maybe you started the night pounding Red Bull, ready to talk to every damn person in the club like you’re running for president, and you get there and the crowd is thin.
It’s a perfect opportunity to scale things back, chill, and keep your eyes peeled for the one or two women in the bar who seem like they’d be worth approaching.
On the other hand, maybe it feels like more of a low-key night at first, but when you get to the venue people are pouring champagne on each other and dancing on tables like it’s the end of the world.
Whether you like it or not, it’s time to wake up and get on their level.
The most important part of your approach strategy is knowing when to adjust. You want to match the energy of the environment.
Do that, and you’ll always set yourself up for a killer night.

Good Guys Don’t Finish Last, Unconfident Ones Do
Change Your Attitude: The Benefits Of Thinking Like A Winner