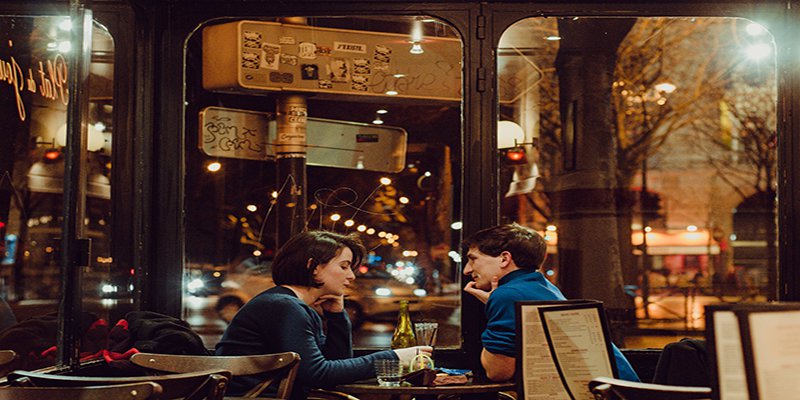 How To Be A Player: The Fast Track To Attracting Multiple Women

Dating is one of the hardest things in the world. You have to put yourself out there, and tolerate rejection.
You experience successes along the way, sure, but generally, dating successfully yields a lot of failure. However, being a player is a totally separate way to go about your social life.
Let’s be honest, being a player can get you into trouble if you do it with the wrong women.
However, this isn’t an article about whether or not you should be a player—that’s up to you. This is an article on how to be a player. Whether or not you want to follow through, is up to you.
Knowing how to pick up women is the first step. If you can’t confidently go into a bar, coffee shop or mall and pick up one girl, you can’t expect to juggle three or four at a time.
If you haven’t mastered cold-approach pick up yet, stop reading and sharpen those skills.
If you think you’ve mastered the art of cold-approach pick-up, read on. However, I can’t stress enough; you must be prepared for the consequences of hooking up with, or dating multiple women at a time.

How To Get A Woman To Like You: Why It’s Not Important For Being A Player

Being a player means being a little closed off emotionally. In fact, the less emotional connection you have with a woman the better in this scenario. It reduces the risk of her getting the wrong idea.
The last thing you want is a woman thinking you’re in an exclusive relationship when you’re being a player.

Try to keep things casual if possible. The more of an emotional connection you create, the bigger the risk is for a dramatic situation.
Experienced players know how to avoid topics like relationships, while still keeping women interested in them. The bottom line is this: if the sex is good, she will stick around.

As a guy you may not realize it, but it’s almost impossible for girls to find a guy who knows how to please them sexually. If you can do that and avoid any talk of a relationship, you’ll have a girl who sticks around for sure. Getting her to like you on a personal level isn’t as important, because most of these arrangements are short lived.

As a player, you want to keep a woman interested but for the right reasons. You want her to look to you for fun, and not necessarily emotional investment.
If you can do this, you can have three or four women in your life and they may not even care that you’ve created this level of abundance for yourself.

How To Meet Women: The First Step In Becoming A Player

As the old saying goes, you have to walk before you can crawl, and the same rule applies to dating.
If you can’t confidently walk into any social situation and leave with at least a phone number, your dreams of becoming a player might have to take a back seat for a while.
Before you continue imagining yourself with dozens of women around you, see if you can do the following things confidently, and consistently:

Not every woman is going to be attracted to you, so it’s especially important that you learn to tolerate rejection. You should also make it a point to network, and socialize as much as possible.
This will keep your social skills sharp, so you can always be ready to pick up women.

Opportunities present themselves at every corner, so being socially ready is a must. You have to always be ready to flirt or even get laid, if you get especially lucky when you least expect it.
Becoming a player, believe it or not, is hard work, and if you want to do it, you’ll have to sacrifice some other things.

How To Get Laid As A Player

Contrary to what you may think, getting laid as a player involves keeping that side of your personality quiet. A girl will sleep with you if she thinks it’s worth her time and her effort.
Remember, women get hit on constantly, so you have to find a way to stand out without seeming like a player.

That being said, some women find a man who sleeps with a lot of women attractive. They won’t admit it, but here’s a dose of reality. If you want to get good at sex, you have to do it a lot.
Women know this better than anyone, but don’t want to feel like they’re sleeping with someone who gets around too much.
In the beginning you should treat every interaction more or less the same. You’re using it as an opportunity for a girl to get to know you as a man. This is all it really is.
As a refresher, a first encounter with a woman should meet the following criteria:

If you can meet these criteria with multiple women at a time, you’ll have no problem getting two, three, four or even five women attracted to you in no time.
The first phase is the same, no matter what your end game is.

How To Spot A Player: Learning By Example

When you get into game, you’ll find that there’s always something to be learned by watching someone else who’s been doing it longer.
Being able to spot a guy, or identify someone who has multiple women around him at all times, can drastically improve your game.

A player is usually the kind of guy that doesn’t show off about the amount of women he’s sleeping with, or brag about how often he does. He’s happy to dole out advice, but doesn’t do so unless he’s asked.
He’s confident, self-assured, and doesn’t have to do all that much work to get women interested in him. If you can spot a guy like this, try and befriend him.
Spend some time around him, and try to learn through his example. Navigating the dating scene can be rough, but if you have a mentor it’s a little easier.

Being a flirtatious person is the icing on the cake. You have to learn to flirt in such a way that you don’t even realize you’re doing it.
After a while, you won’t even realize that you’re seducing a woman or making her attracted. It’ll just happen.

Like most aspects of game, you want to get to a point where things just happen. You don’t want to be doing too much because that ends up looking needy, or desperate.
When you internalize game, and make it a part of your personality, you don’t have to try.
By making it a point to flirt a lot, you get yourself in the headspace you need to be in to flirt effectively in any situation.
If you can flirt with multiple women a day, you’ll end up attracting more. As long as you’re not a creep, that’s just basic probability.
As I said in the beginning of this article, being a player is a risky aspiration, and isn’t going to happen overnight.
Know the potential consequences, and be patient. If being a player is something you want, eventually you’ll get there.

Alpha Male Traits: What They Are And How To Develop Them
What Are Girls Attracted To? It’s Not As Complicated As You Think