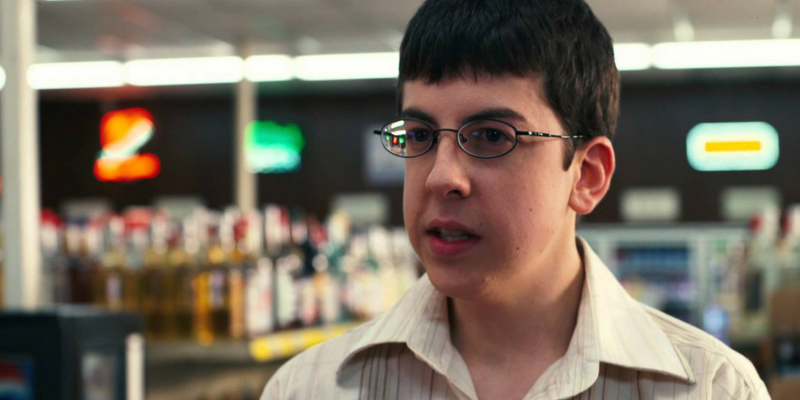 How To End Your Days Of Being Socially Awkward

Sometimes our life circumstances can leave us with some pretty severe social anxiety.
For a guy looking to meet more women, being socially inept can really put a damper on things.
It makes us get nervous in social situations, which then creates a snowball effect that then, in turn, makes the people around us think that we really are an awkward person.
If you’ve said the phrase, “I feel awkward,” you might be suffering from a little bit of social ineptness.
The good news is that learning some basic communication skills can work wonders when it comes to social awkwardness
Awkward people don’t have to be awkward forever. They can turn things around and end up being more social than they ever thought they would. However, like most changes, it takes time.
Taking small steps to improve is the best way to rid yourself of the fear and the reality of being socially awkward. Don’t be in a rush, and instead set small goals for yourself to accomplish.
This is the best way to make real, lasting changes in your psychology that can be seen in the real world, specifically the dating scene. The more adept you get socially, the more successful you’ll be.

Why Being Socially Awkward Isn’t Your Fault

A lot of the time, being inept socially is a result of our upbringing. Maybe we had a traumatic childhood experience, or weren’t raised by parents who instilled us with high levels of confidence.
Both are very common, and can result in a lack of social skills.

The worst thing you can do is get down on yourself when you say something awkward or feel uncomfortable in social situations.
Once you realize that it isn’t your fault, you can start to make improvements.
If you beat yourself up over not saying the right thing on a date, or while approaching a woman, you’ll only feed the thought processes that got you in this spot in the first place.
The key is to break these thought patterns and replace them with new ones.
When you feel yourself having a thought about how awkward you are, don’t let it consume you. Try to reframe it so that it’s positive, or so it doesn’t consume you as much.
It’s about rewriting the script in your mind.
However, if you continue to blame yourself for not being as proficient as the next guy when it comes to socializing, you’ll never be able to break the cycle of self-defeating thinking.
So, your first goal should be to forgive yourself.

How To Stop Being Socially Inept

The path to improving social ineptness starts with knowledge and ends with full immersion.
The more you understand the way the human mind works, the more confident you’ll feel when you’re meeting new people.

The fact is that everyone is insecure about something. It’s part of our genetic makeup to seek approval from others because it was advantageous for us in the wild. Once you understand that, you’ll realize that you’re really no different from anyone else.

Come up with a checklist for meeting new people, something you can run through before you start talking. Here are some good ideas to keep in mind that will keep you grounded:

Whether you call these affirmations or just positive thoughts, keeping them in mind will help you relax in social situations, and when you’re relaxed you can focus more on the actual interaction itself, rather than fighting off self-defeating thoughts.

The classic example of a socially awkward person is someone who stands in the corner of a nightclub not talking to anyone, and afraid to dance.
However, this is usually not the case. Socially awkward people manifest their awkwardness in a variety of ways.
Have you ever been talking to a girl to find that she only gives you one or two-word answers? It may seem like she’s being cold, but the reality is that she might just be socially awkward.

She may actually be thrilled that you came over to talk to her, but doesn’t have the experience in conversations that other people might have, which makes her seem standoffish.
The truth is that often times, really attractive girls, can be shy and socially awkward. So what’s the lesson here? Even people who appear to be really confident, might actually be as awkward as you.
Once you realize this, it gets way easier to slow things down.
Insecurity is one of the driving factors behind social awkwardness, but if you realize that everyone is essentially the same, you’ll find that there’s no reason to be awkward.

The Difference Between Feeling Awkward And Being Awkward

One of the biggest differences between being awkward and feeling awkward is that people who actually are awkward let their feelings affect their behavior.
At this point, you should know that everyone feels awkward on occasion.

However, what separates confident guys from socially awkward guys, is that socially awkward guys can’t regulate their feelings of awkwardness.
They feel them, but don’t let them affect their outward behavior.
If you feel like your awkward feelings are somehow affecting your behavior to the point that it’s making you behave awkwardly, just ask yourself these questions:

You shouldn’t get hung up on these things, but just keep them in the back of your mind when you’re out with new people.
The idea is to be aware of them, without necessarily letting them dominate your thoughts.
When things are going well with a girl, you should find yourself in a kind trance. You shouldn’t be too relaxed, but you also shouldn’t be too amped up either. The feeling should be somewhere in between.

Why Being Awkward Isn’t Permanent

You may think there’s no hope for changing your level of social awkwardness, but the good news is that there absolutely is a way to change.
The brain can be changed, it just takes time and learning new behaviors.

Meditation, positive visualizations, and boosting your confidence can all help with your social awkwardness.
Don’t expect it to be a quick fix though. Commit to changing your behaviors, and you’ll actually start to see that they become automatic and natural over time.
The fact is you weren’t born awkward; you learned how to be that way. The good news about this is that you can un-learn your awkwardness, and learn how to be socially proficient.
Just be honest with yourself, and approach the problem from as many angles as possible. If you can’t think of things to say to girls, read some books to give you more conversation topics.
If you get nervous when you talk to new people, learn breathing exercises to calm your body down. Figure out what your main issues are, and take steps to address them.
This is the best way to beat social awkwardness. Like most things, it’ll take some work, but before you know it, your social ineptness will be a thing of the past.
Your brain is capable of making changes, but sometimes, you have to lead it.
Teach yourself new habits, and before you know it, you’ll be a totally new person who can socialize in just about any situation.

What She’s Really Saying: How To Read Body Language
Alpha Male Traits: What They Are And How To Develop Them