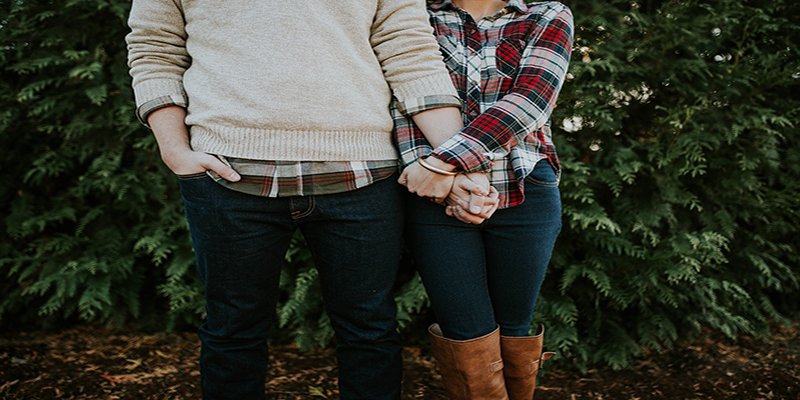 What She’s Really Saying: How To Read Body Language

Human beings tend to reveal a lot more than they realize through body language.
However, most people don’t really understand how to read others in this way, and a lot of valuable information gets lost during an interaction.
The ability to learn body language is something that law enforcement officials, psychologists, and even businesspeople use to stay one step ahead of the people they encounter.
This is especially true when it comes to dating. Learning how to read a girl’s body language will tip you off as to what they’re really trying to tell you.
Sometimes her words and her body language will be saying two different things.
The best thing about using body language to read a girl is that it tends to be unconscious. She won’t be aware of what she’s doing.
She’s conscious of what she’s saying verbally, and can choose to be dishonest.
Body language is the truest form of communication because often times it’s outside of our control. The way we stand or the way we gesture with our hands is a manifestation of our real wants and needs.
There are a few key elements of body language to look for when you’re out meeting girls, and if you can teach yourself to be aware of them, it’ll keep you one step ahead.

From the very first moment that you approach a girl, to the second that you’re about to take her home, you should be watching her body language.
First and foremost, the way a girl stands can tell you whether or not it’s a good idea to approach her.

If you see a girl who is facing another person in conversation, you can approach, but it generally means that they came out that night to be with their friend.
By approaching, you already create a disturbance. It’s a much better idea to approach a girl who is facing the crowd, with open receptive body language.
A girl who wants to be approached will usually have the following body posture:

Each of these qualities indicates that a girl wants to be talked to. When she faces a crowd of people in a bar it means she’s there to socialize.
Make it easier on yourself and approach a girl who actually wants to be approached.

Our body language is an extension of the deeper parts of our unconscious. At that very base level, most thoughts are dictated by instinct and emotion. The same applies for body language.

You can actually tell if a girl is interested or even horny just by watching what she does with her hair and her hands.
For example, if a girl continuously plays with her hair, it’s a sign that she’s either intimidated or interested.
This tick comes from our early primate ancestors. It’s technically a form of grooming, and a female will only do it in the presence of a male that she deems to be of high value.
Another form of this is a girl scratching her hand with the other. It’s a way of indicating that she’s concerned with her appearance.
Granted, this doesn’t mean she’s already interested enough to just get up and leave the bar with you.
All it means is that the lower parts of her brain are responding to something about you.
You’ll still have to charm her and get her interested on a more psychological level, but knowing that she’s at least partially interested is a step in the right direction.

In the same way girls can betray certain things about what they’re thinking with body language, you do the same thing without realizing it.
If you’re lacking confidence, or you aren’t in a good mood, it shows.

Posture is really important when you first walk into a club or a bar, because it’s the only thing people have to make a judgment on you. Be sure that you’re conveying power, self-assurance and genuine comfort in your own body.

This really boils down to a few main things, and the best part is you can make these changes in a few minutes. To convey confidence, make sure you’re doing the following things:

If these things don’t feel natural to you, try to slowly work on your posture so that it reflects a more confident mindset.
The last thing you want, is to be out at night uncomfortably trying to stand or walk a certain way.

Exercise and avoiding the seated position for long periods will help your posture and overall health and confidence. Before you know it you’ll be communicating your value, and girls may just come to you.

It’s one thing to just be aware of what certain visual cues mean when you’re out trying to meet women, but it’s another to put that awareness into practice.
The ability to understand what a woman might be thinking and then adjust based on your observation is where you’ll really find success.
Like anything you’ll want to make it a habit so that you simply react when the time is right.

For example, if you see a girl you want to approach but she’s got her hands on her hips, with her foot pointed toward the door, you might want to rethink going up to talk to her.
She’s likely agitated, and her foot pointing toward the door probably means that she’s ready to leave. The last thing she wants is a guy trying to pick her up in place that she doesn’t already want to be.
You should also pay attention to a girl’s facial expressions as much as possible. If a girl is smiling, laughing and making her eyes big when she looks at you, you’re doing something right.
If she withdraws, squints and loses the grin, you might want to back off for a few minutes, retrace your steps and try to rebuild whatever comfort you might have just lost.
Using body language requires thinking on your feet, but over time you’ll notice patterns and recurring mannerisms that usually mean the same thing.

Learn Body Language And Put It Into Practice

If you’re wondering how to figure out what certain movements or mannerisms really mean, just do some research and trial-and-error. There are a ton of books on body language that are pretty accurate.

In addition to reading up on the psychology and practice of body language, you can also just go out and try to be more observant.
It’s easy to get wrapped up in the outcome of a night out, but sometimes it takes a few mistakes to learn.
Try to develop more of an eye for what a girl is trying to tell you when you’re out at night.
Watch what she does with her hands, the way she stands, and the way her eyes move. Learning kinesthetic cues like this will pay off in the long run.
Like most parts of game, you may have to take a few steps backward in order to get better, but if you really want to learn how to master your own body language and interpret the body language of girls, you’ll realize it’s a marathon not a sprint.
When you take the time to learn, think and develop your own approach to things like body language, you end up being more successful in the long run.
So, start paying attention. The next girl you meet might be trying to tell you something.

The Rules of Attraction: Why They’re The Most Important Part Of Game
How To End Your Days Of Being Socially Awkward