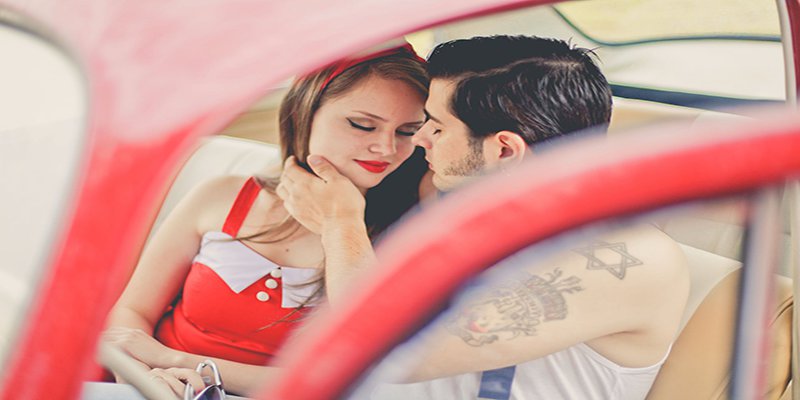 What Are Girls Attracted To? It’s Not As Complicated As You Think

Figuring out what girls like isn’t rocket science.
Most guys never learn what women really like, which is a shame because, there isn’t much of a mystery.
The idea that women are impossible to figure out is a myth, at best. Most guys just don’t take the time to observe enough women.
Knowing what girls want starts with treating game as a learning experience, rather than a quick way to get laid.
If you treat every interaction you have with a woman as an opportunity to learn something you’ll start to understand women better and understand what they like.
You’ll also like spending time with women. The guys that do the best with women—the naturals—usually have a feminine side of their own, and aren’t afraid to show it.
A guy that’s too macho, or is too wrapped up in being manly, won’t even be able to empathize with the wants and needs of a woman.
Once you start seeing the world from a woman’s perspective, knowing what they want will just become intuitive. It’ll just make sense.
You have to be able to see the world the way a woman sees it before you can even successfully approach her.
This is why paying attention is so important.
Reference experience, and learning everything you can from every girl you meet is indispensable on your journey to being more socially proficient, and more attractive to women.
Don’t rush, and treat attracting women like any other thing you want to get better at.

What Girls Want: It’s Simpler Than You Think

If someone asked you what you like in a woman, you’d probably have an answer ready without having to do much thinking.
It’s probably something about her being physically attractive, easy to be around, and fun to spend time with. Men have very basic criteria for what they like in a woman.

The fact is, women aren’t much different. They want a guy who is attractive and isn’t going to make their lives more difficult. Women are hardwired to rely on men for things.
It may not be politically correct, but this is just a fact of nature. Men are supposed to make women’s lives easier.
That doesn’t mean that a man has to dote on a woman. It just means that he should add more positivity than he does negativity.
The following criteria are some of the basic essentials when it comes to what girls want in a guy:

This doesn’t mean that all guys have to have the same personality, or way of attracting women.
All it means is that meeting these criteria is key to getting a woman to like you, or at least consider you to be a part of her life in some way.

What Do Girls Like In Bed? Practice Makes Perfect

Ask a girl who you have a platonic relationship with what her sex life is like. There’s a good chance she’ll say it’s terrible. Most women are usually disappointed by sex.
It’s not that they have a lower sex drive, or that they’re less predictable than we are.

It’s that it’s really easy for guys to show a lack of consideration for what women enjoy sexually. The reason is pretty simple. We’re, uh, built differently.
Just because what’s happening feels good to you doesn’t mean it feels good to her.

The good news is that if you can figure out how to please a woman, and do it consistently, you’ll stand out against other guys. If you knew how rare it was for girls to find a guy that could take care of them in bed, you’d realize how essential it is to get good at this one facet of dating.

The Very Beginning: What Do Girls Like In Guys

You shouldn’t overdress, or be too rigid with the opener you use, if you use one at all. Using canned material in general can be kind of obvious to girls.
You should strive to just say the first thing that comes to your mind. Something off the cuff is way better than something planned.
Also, it helps to know your environment. If you’re going after a specific type of girl who hangs out in a certain type of place, you should try and blend in.
If you stick out because of your outfit or something else about you, it’ll make it harder for you when you make your initial approach.

For the most part, it isn’t hard to learn what girls like, but there are a few things that they like that might not be so clear.
These are the kinds of things that they only talk about to other girls, and that they rarely ever let guys know. If they did, it would make things too easy.

The only real way to learn what these things are is to spend time around women. It doesn’t matter if you’re trying to sleep with them or not. Just get to know as many as you can.
In fact, having lots of female friends is one of the best ways to gain access to privileged information that can help you.
There are a few things to remember when you’re learning from women.
Forming platonic relationships with women is just as difficult as forming romantic ones, and you’ll want to make sure you do the following:

If you can do these things, women will start to trust you, and they may even start to introduce you to their friends, or help you meet new women.
Just be sure that you don’t cross any lines, and that you listen as much as possible.

Even though there are some similarities between women and men, the fact is that each sex is extremely different when it comes to what they like.
If you’ve lived life as a man, you won’t automatically know what women want. Like anything you set out to learn, it’ll take time.

When you’re trying to figure out what girls like in a guy, it’s easy to get frustrated. But you have to remember that this is all fun. When it’s all said and done, you’re just talking to girls.
If you approach things with that kind of nonchalance, you’ll never be truly disappointed.
Not to mention, girls like this kind of non-serious approach to dating. It makes them feel like you aren’t going to get weird or stalkerish when you have a lackadaisical, chill approach to socializing.
Don’t get discouraged or take things too seriously, and you’ll learn a lot more and have a much better journey along the way. Patience is the key.
If you can be optimistic and see the value in learning about women instead of just sleeping with them, your proficiency will skyrocket and so will your knowledge.

How To Be A Player: The Fast Track To Attracting Multiple Women
How To Start A Conversation With A Girl: The Great Mystery