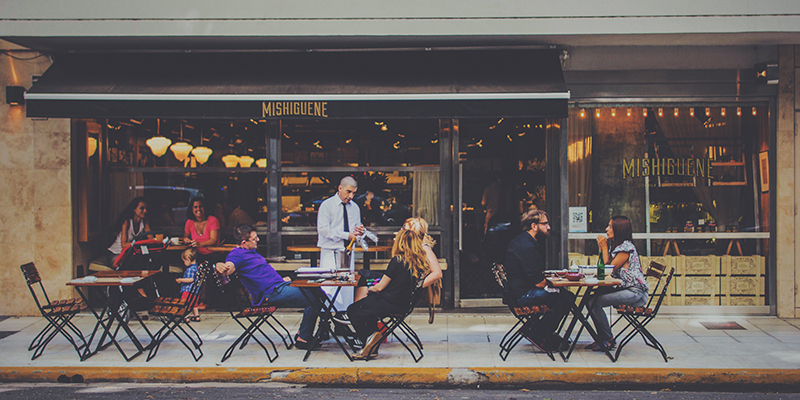 What Are The Best and Worst Environments To Approach Women?

A lot of guys will insist that you can game anywhere.
The laundromat, the gym, the office: according to some, these are all good locations, and being selective about where you try to meet a chick is just an excuse.
In some cases, yes, being too picky about where you meet girls could just be a lame reason for why you aren’t approaching right now, but on the other hand, approaching just because you think you have to isn’t helping your situation either.
You need to ask yourself if you’re gaming with a specific intention (hopefully it’s to get laid or meet a girl you can take on a date) or if you’re doing it just to do it, or to brag to your buddies about how many phone numbers you got.
When it goes well, picking up chicks is fun.
The energy is good, and it makes you feel like you have some kind of superhuman ability that other dudes don’t have, but getting too hung up on the competitive aspect of it, or purposely making it difficult on yourself just to prove how good you are is kind of a waste of time.
At the end of the day, no one really cares if you got a girl’s phone number at a funeral, or made out with a pretty female cop that pulled you over.
No one’s saying you shouldn’t look for opportunities, but intentionally choosing places that are not conducive to socializing or cold approach pick up to meet women, is only creating more distance between you and your goal, whatever it might be.
A lot of the clichés about the best places to meet women make their way into the zeitgeist, and guys start to believe that they actually make sense.
The gym is a prime example. No girl likes being approached at the gym, period. That’s why she’s wearing a hat over her eyes and has headphones shoved into her ears.
She’s probably in a rush, feels gross after her workout and just doesn’t want to talk. In fact, both of you should be there to exercise, shower and then get the eff out.
Walking up to a girl while she’s in the middle of a set or running on the treadmill is intrusive, and also shows her you have nothing better to do.
The same goes for the train or any situation where you see a girl reading, or focused on something.
Park benches, café’s, libraries: if she’s got her nose in a book, and you disturb her, you’re already starting from below zero.
Flip the script. Imagine you’re at the gym about to deadlift a few hundred pounds, or you’re in the final act of an action-packed graphic novel.
The last thing you’d want is for anyone to come over and try to start a conversation with you.
If you think about it that way, it’s pretty easy to see why these two scenarios aren’t exactly the best for approaching a girl.
The only reason a guy would purposely interrupt a girl while she’s clearly preoccupied is to prove to himself that he can.
It’s egotistical and doesn’t get you any closer to receiving an invitation to her bedroom.
So, what are the best places to approach? The short answer is anywhere that girls appear receptive or social.
There are subtle ways you can decipher whether or not it’s a good idea to walk over and start a conversation.
Let’s say you’re in a traditional spot like a bar, and you see a group of three girls standing on the far side of the room.
If they’re all facing outward, not saying much to one another while patiently holding drinks, they might be more receptive to an approach.
It’s not a guarantee, but generally, the vibe in a place like a bar is social, and girls (while they don’t always admit it) may be looking to meet someone.
Another thing to remember about bars is that the outdoor area (if there is one) is usually a better option than the dance floor or next to a speaker that’s slowly making you both deaf.
If she’s hanging out outside where it’s quiet and people can chat, she may want a change of pace in the form of a conversation.
Another good example is a park during the daytime (heavy emphasis on the daytime; don’t be a creep).
If it’s a weekend, and you see a girl strolling through a park where people are throwing Frisbees, listening to music and hanging out, the vibe is probably relaxed, and she most likely won’t be turned off by a guy coming to talk to her as long as he does it correctly.
Environments where the mood is laid back, and people don’t seem to be in a rush to go anywhere are usually best. In fact, if she’s alone, she may even welcome a little company.
It goes without saying, but in situations like this, it’s important to slow things down and just talk. Don’t put pressure on yourself to escalate things unnaturally.
All that stuff will happen on its own if you appear confident, friendly, and gauge the situation appropriately.
Occasionally you may end up on a spontaneous date where you spend the whole day with a girl you just met, but usually, you get a phone number that you can hopefully turn into a date later in the week.
The biggest thing to remember about choosing locations is that it’s not about intentionally making it difficult just for the challenge or bragging rights.
If your goal is to meet women, do it in places that create the best environment for communication and don’t create situations where you’re invading a girl’s space.
You’ll have way more positive interactions and be able to keep the focus on your reason for being out in the first place.

Buyer Beware: Twenty Signs You Are In A Relationship With The Wrong Woman
Five Ways To Seem More Attractive To Women Right Now