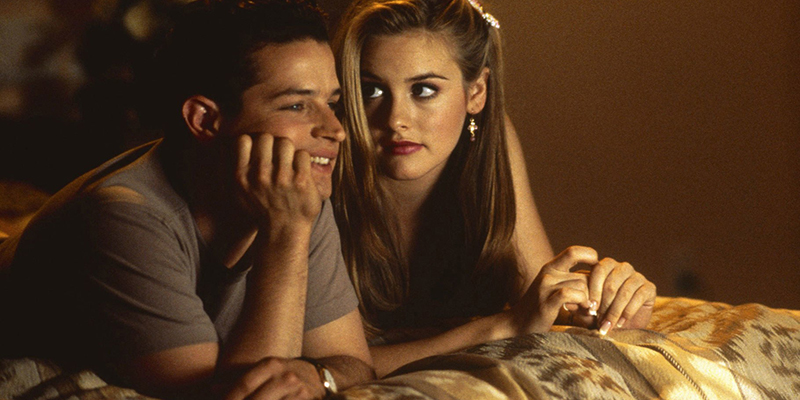 What Women Want And How To Give It To Them: The Ultimate Guide

A lot of guys think they know what a woman wants in a man.
They assume women want money, muscles, and status when it comes to the kind of guy they choose when, really, those things don’t matter as much you might think.
Women are a lot more complicated and, thankfully, not as superficial as just wanting material things. In fact, women tend to be a lot more emotional than men when it comes to what actually makes them tick.
When you figure out what women really want, you start to realize that there’s a lot more to it than what you see in the movies or on TV.
More importantly, women will almost never tell you what these things are.
It ruins the fun of being courted when a woman has to tell you what she wants. It also reduces your level of sincerity. Women want to feel as if the attraction is being built naturally.
The last thing a woman wants, is to feel like you’re adjusting your personality to please her. Essentially, you have to be you—or at least seem like you’re you—and hope that those qualities turn her on.
There’s a bit more to it than that, and it’s actually really easy to understand what a woman wants and give it to her, without changing who you are.
You have to accept that you can’t attract every girl, but that you can give each girl you meet an honest shot. Once you have a general idea of what girls want, you’ll have a lot more success.

What Do Women Want In A Man

The second you walk up to a woman, she’s going to start judging you. It’s not her fault either; it’s built into her from years of lame dudes trying to seduce her.

She’s got pretty heavy defense mechanisms, and judging someone who approaches her is just one of them that you’ll have to deal with. She’ll immediately start to wonder if you meet the following criteria:

It’s interesting, because women tend to be the most notorious for fearing commitment, but unconsciously, most women will analyze your long-term viability.
Once you realize this, you can start to tailor your game to convey these qualities in a way that isn’t fraudulent, but in a fashion that appears natural and charming.

Embodying What A Woman Wants

Okay, so now you know what a woman wants. But how do you convey those things next time you’re out a bar or a social gathering?
The first that you want to show her is that you have experience with women, and that you know what women like in bed.

It’s sad to say, but most guys are not good at sex. In short, they don’t get enough practice. Admitting that our fellow brethren may not be that skilled is tough, but it’s actually valuable information that can help us improve our own relationship with the opposite sex.

This fact makes women pretty wary of who they sleep with. It’s a gamble for them. However, if you can show in some way that you’re not totally clueless, she’ll find you more attractive.

You can make subtle comments about your views on sex, and how it’s not worth doing unless both parties have a good time. The best part is, you aren’t lying. This is actually true.
If you a show a woman that you’re not just another sleazy guy trying to sleep with her, and actually are willing to make her toes curl and her eyes roll back in bed, she’ll at least give you a few more minutes to make your case.

The Long Haul: What Women Want In A Relationship

Everyone has their own reasons for going out and gaming. Maybe yours is to find a relationship. This will drastically affect the way you convey your value to the girls you meet.
Sure, everyone wants to get access to the bedroom as fast as possible, but if you’re looking for a girlfriend, you may want to hold off on this part and focus more on showcasing your dependability.

Dependability and confidence are two extremely attractive qualities. If a girl gets the sense that you’re going to be here one second and then gone the next, she’ll be skeptical about opening up to you.
Abandonment is a very scary thing for a girl to consider. It makes them feel like they can’t invest in you, and if they feel as though being left in the dust is a possibility, she’ll be reluctant to open herself to you.
If you’re looking for a girlfriend, shoot for a solid mix of dependability, confidence, and kindness. Pepper in a little edge and spontaneity, and you’ll be good as gold.

Don’t just settle for the things women “like.” Knowing what a woman merely likes isn’t enough to turn her on. You have to know what drives her absolutely insane.

Figure out the thing that makes it so she can’t take her hands off of you. There’s a difference between a girl just thinking you’re okay, and her thinking that you’re a guy she can’t live without.
Knowing which is which can be pretty simple. If she really wants you, she’ll make it easy by showing the following signs:

If she does any combination of these things, you can be sure that you’ve crossed the line from being a guy she likes, to a guy that makes her feel all mushy inside.
Keep an eye out for these things at all times.

When it’s all said and done, you’ll have to accept the fact that you can’t please every woman. While you can develop certain ideas about how to please women on a general level, you’ll still fail occasionally.
However, this is a good thing. It’ll show you what your type is. Over time, you’ll realize that it’s better to get with a girl who is actually your type, rather than have to mold yourself to get one who isn’t.
These kinds of relationships tend to be short-lived, and the challenge is much greater to get her interested. You’ll have to do a lot more, and change a lot more about who you are.

Give Women What They Want By Being Real

Every level of seduction is, in some way, a little theatrical and deceptive, but the closer your thoughts feelings and actions are to your actual self, the stronger your connection is going to be.
Knowing what woman want is helpful, but don’t ever abandon your identity to give it to them. Find a way to bridge the gap between theory and real life.
The number one thing to remember when you’re talking to a woman is sincerity. It’s a lot better to be sincere and disagree with a woman, than it is to agree with her and be fake about it.
If you’re really concerned with what women want, the answer is right in front of you. They want a guy—not just any guy—but a guy nonetheless. It’s your job to fulfill that need.
Be confident, be charming and most of all be honorable. If you do get a woman attracted to you, realize the responsibility of doing so.
It’ll come across in your interactions with her, and she’ll get an underlying sense that you really care about her well-being. Whether you date her for a week or for years, this will always go a long way.

Total Rebuild: How To Get Over A Breakup
Social Psychology: The Key To Attracting Women