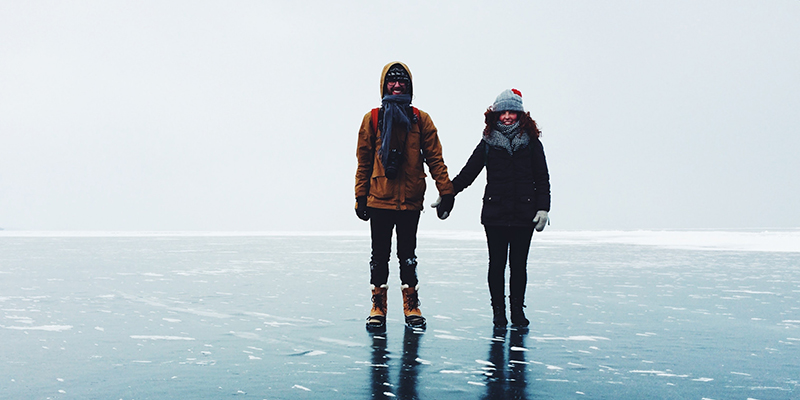 Skip Boring First Dates: Here’s How To Plan A Date That Will Blow Her Mind

One of the worst things you can do on a first date is phone it in, or not put forth the creative effort in coming up with something fun.
Too many guys stick to traditional, overused date ideas that might not be completely catastrophic, but will have an effect on a girl’s perception of you.
For the purposes of the average single guy, a date can be defined as any planned interaction with a girl for the purpose of getting to know one another.
But this doesn’t just stop at the conversation. The type of date you set up says a lot about you.
Girls, as we already know, are constantly approached by guys and asked on dates.
Sometimes they even go on those dates and are either left filled with butterflies in their stomach or with a strong desire to delete the guy’s number.
Dates can make a girl feel special, or make them feel cheap like the whole thing is a transaction.
While you do want to come off as being a sexual person, that has experience with women, you also need to make the night into one that will spur certain emotions, those being affection, closeness, and fun.
That said, the real question is: what are the qualities of a good date, versus a bad date? Keep reading and you’ll find out.

The Bad, The Bad And The Really Bad

A bad date is one that is cliché, rudimentary and predictable.
Movies, dinner, ice skating, or god forbid some lame carnival a la The Notebook, are all about as exciting as unclogging a toilet.
But you’re probably thinking, “Hey, I took a girl to a carnival and won her a bear at the ring toss! She loved that shit!”
No she didn’t. Not even a little bit.
A date that feels like someone else came up with it makes a girl feel unimportant, and like you aren’t willing to put forth even a little brain power in showing her a good time.
It comes off as cheesy and will tip her off that maybe you aren’t the most spontaneous or daring guy she’s ever met.
The same goes for a movie.
If you’re going to sit side-by-side not talking or getting to know each other while you watch Chris Hemsworth Thor it up, I hate to say it, but you might as well not even go on the date.
How can you expect to get to know one another when there is such a huge distraction right in front of your faces?
The focal point of any date should be your connection with the girl, not the fate of Asgard. The same thing goes for bowling. It’s lame and went out of style in the fifties.
However, there is something to be said about an admittedly cheesy date.
If the two of you love haunted houses and admit it’s because of how cheesy and lame they are, then go for it.
In a way, you give yourself a head start because you’ve already found common ground. Just make sure you have something planned after to keep the energy up.

The Good, The Great, And The Really Great

A good date is simple.
Pick something that she’s never done before or something that no guy has ever taken her to do, without making it so distracting that you can’t get to know each other.
Maybe there’s a bar that makes drinks with fire in them, or you know of a place that only serves gourmet strips of bacon.
It doesn’t matter; just, for the love of God, be original. It’s so important to come up with something creative, almost more important than what you do on the date.
The dynamic of a date between a guy and girl is always going to be about the girl deciding what kind of person she’s hanging out with, and showing her that you’re creative and that you know how to have fun is half the battle.
Related: The $26 Date That Every Hot Woman Loves
Also, a really great date has multiple parts. You start in one place, then go somewhere else for part two. Maybe this girl you have plans with loves dogs.
Awesome. Start with breakfast somewhere nice, and then take her to a farm full of puppies and animals. It’s original, and it shows that you listen.
However, you want to make sure that you don’t do too much. What I mean is that overdoing it on a date, or trying too hard to please can have the opposite effect.
It can make her think that you’re clingy, desperate, or like you’ve never been on a date before.
The key to an amazing, genuine date, is finding the middle ground between trying way too hard, and not trying at all.
Your main goal should just be to create a comfortable environment for you to work your magic.
Make sure transportation is taken care of, and don’t do something stupid like forget your wallet, or, for the lucky ones, condoms.
In short, on a date, your priority should be to act like you’ve been there before.

When it’s all said and done, the last thing you want to do is overthink your plans. Just keep fun in the front of your mind.
Girls are notoriously averse to awkward situations, especially with a guy they just met, so try to make things as carefree and easy as possible.
Even if it’s the first time you’ve been out in a while and you really want things to go well, all you have to do is hang back and let the night go on the way it wants to go on.
In a way, the more you try, the worse off you’ll be.
Just avoid hacky, boring or lame ideas, be original and fun, and she’ll start to see that you’re not anything like the last ten chumps she went out with.
Before you know it, you’ll already be planning date number two.

Ditch The Formula: How To Let Her Attraction Build Naturally
You Finally Slept With Her, Now What? How To Keep Things Exciting