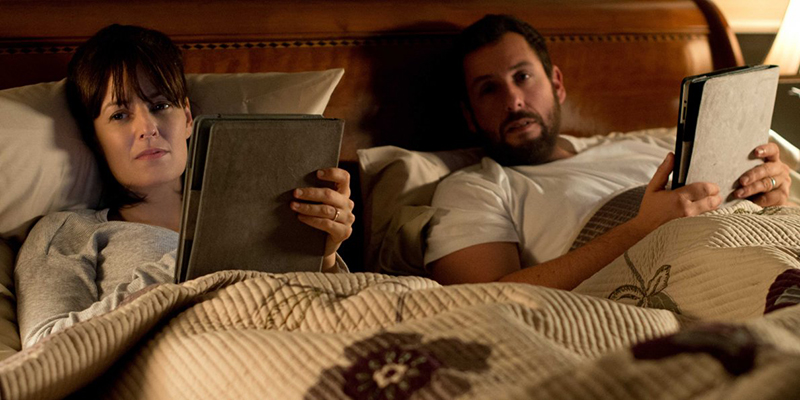 You Finally Slept With Her, Now What? How To Keep Things Exciting

After weeks of dates on which you unleashed your best game, she finally pulled open the velvet ropes of her bedroom and let you come in for a night to remember.

Now, every guy knows he has a lot of options at this point.

He can keep seeing her on a casual level, quit while he’s ahead and move on to another girl, or maybe let things take a more serious turn into relationship-land.

This is not an article about how to disengage after sex. That should be self-explanatory if you’ve been dating consistently. If the sparks aren’t there, just say so.

This is a piece about how to keep things going with the same intensity even after you’ve slept together. In a lot of dating interactions, this is a big moment for both the guy and the girl.

It’s the culmination of a long decision on both sides as to whether or not it’s worth being intimate with the other person.

But it’s not a guarantee that things will keep going so smoothly. Sometimes sex changes the dynamic, and unfortunately, sometimes it changes it for the worse, not the better.

A lot of it has to do with how you act after, well, the act. In general, the key is behaving exactly the same, as if sleeping together wasn’t really that big of a deal.

The whole reason she slept with you in the first place is because you were fun, attractive and charming, so, as the old saying goes, if it ain’t broke, don’t fix it.

Keep doing exactly what you’ve been doing and stop trying to measure how far along the two of you are in the relationship checklist. Just focus on enjoying each other.

The more emphasis you put on what you can do to make things progress, the more of a chance you’ll have of freaking her out and scaring her off.

I’m sure many of you are thinking, “but I already had sex with her, that means she wants to date me, right?” Wrong! We don’t live in that kind of world anymore.

Sex doesn’t guarantee a relationship. In fact, more often than not, people have sex and don’t end up dating.

If it helps, think of having sex with a girl as getting about 60 percent of the way to her actually wanting to date you.

Another thing to remember is to err on the side of caution the first time you sleep with a girl you’ve been seeing.

Chances are if it’s the first time, it’s not going to be great, so don’t try to spice it up by doing something you haven’t done before.

Stick to what you know, while also being sure to make it good for her too. At this point, the way you act during sex is more important than the sex itself.

People can figure each other out sexually, but if you suddenly become a different person once the lights go out, it’ll weird her out and she probably won’t invite you back for an encore.

Keep in mind, you’ve only gotten to 60 percent.

You’ll need to spend a lot more time together, sleep together a few more times and then decide if the attraction is strong enough for both of you to want to get more serious.

Realistically, it could take a year of seeing one another and developing feelings before you go and start posting pictures of each other on Instagram.

Real attraction, the kind that strong relationships are built on, takes time to develop and simply having sex with a girl one time, or even a few times, isn’t a guarantee that she’ll fall head over heels for you.

The game doesn’t really ever stop, and even has its applications in a relationship.

If you feel like this is too much manipulation for someone that you care about, you have to reframe that thought.

Gaming a girl at a bar is different than continuously gaming a girl you’re sleeping with.

One is more superficial, fast-paced and fleeting, and the other is romantic, fun, and is used as a way to keep the flame burning.

When you’re gaming a girl into agreeing to be your girlfriend, it’s more like courting, or romancing than it is teasing and trying to get a phone number or a make-out.

Dropping the game at any time, or thinking that you can become complacent with trying to make her happy is a mistake.

You should treat every night you spend with her like it’s the first one. Be spontaneous, be funny and make things about her, regardless of if you’ve had sex with her or not.

If you suddenly get lazy, she’ll feel cheap, used and slowly start to lose attraction for you.

If this is a girl that you eventually want to try to date, this is not a good situation to be in. You aren’t the only one thinking long term.

It’ll create an idea in her head that you’re already getting boring or losing your sense of adventure when you’re with her, and she’ll extrapolate that into months, or even years down the road.

The moments, days and weeks after you sleep with a girl are actually some of the most crucial when it comes to bonding.

Sex is part of a relationship, and she’ll be appraising your behavior throughout the whole thing, the same way she was taking mental notes on your conversational abilities.

The key is to treat sex as something you enjoyed and wanted to do with her, but also something that isn’t a huge deal.

Act as if it was a natural thing to happen because the two of you were just enjoying each other’s company and wanted to express it in the most basic way.

Stay on that path for as long as you can, and just don’t get weird. Play it cool, keep putting a smile on her face no matter what, and she’ll be yours.

Skip Boring First Dates: Here’s How To Plan A Date That Will Blow Her Mind
How To Keep Your Social Skills Sharp When You’re In A Committed Relationship