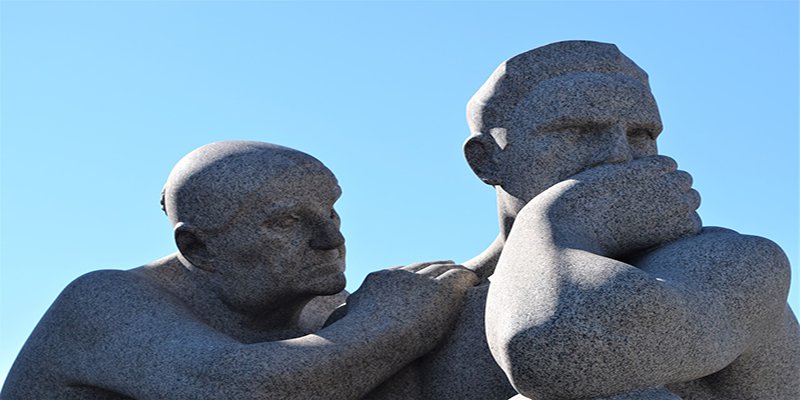 Going out and meeting women successfully is a science, no matter how you look at it. It’s not a science like chemistry or physics, but it’s just as specific and quantifiable in a lot of ways.
Game is the science of social psychology, applied to seductive encounters. A lot of the same tactics that you might find yourself using on women, could easily be applied to any social encounter.
There are a lot of social psychology theories out there, and a lot of them are bogus. In fact, anything is pretty much bogus until you go out and prove it for yourself experientially.
Attracting women is no different. What works, well, just works…It may be a science, but the empirical approach is just as important.
In a way, it’s how psychological science got its foundation in the first place. Scientists had something they wanted to prove, and then they went out and did it with real people.
When you start to look at picking up women this way, you’ll be a lot more successful at it. Treat each encounter as your own little experiment, and stop worrying about whether or not it’s going to go well.
Once you can do that, you’ll be in pretty good shape when it comes to dating. However, beforehand, you can still arm yourself with some pretty good knowledge that has its foundations in psychology.

Have you ever heard a girl say she just didn’t like a guy’s personality? Sure you have. But what does this really mean? It means that this guy wasn’t portraying the qualities that make men attractive.

A girl saying that she doesn’t find a guy attractive is essentially a different way of saying that he wasn’t masculine enough, carefree enough, and came off as desperate or needy.
In case anyone needs a refresher, the traits that make a man attractive are the following:

This has been proven time and time again in personality profiles, and sociological experiments.
The beta-male, who breaks down and looks to his woman for support when things get rough, will just never be as attractive.
There’s a lot of history and science involved in why, but essentially, it’s reinforced behavior that was advantageous to women over time.

Wading Through The Bull: The Right Psychology Topics To Study

The truth is there’s a lot of misinformation out there or stuff that isn’t relevant to game. Don’t get bogged down reading about psychology as a whole, just focus on the things that will help your game.
For example, evolutionary psychology is a great place to start. Some people may not buy into it, but it’s sort of hard to deny how much of a role it plays in who we want and why we want them.

It shows us why we want a certain type of chick, and also shows why women are time-and-time again attracted to a certain type of male.
A lot of people will disagree, or say that those rules don’t apply anymore in modern society, but the fact is, we haven’t been here this long. In fact, most of our time on this planet has been as cave-dwellers.
Our world of chivalry and devices and beta-male populated TV shows is a blip on the radar when it comes to our total evolution.
As a result, the old rules about alphas and betas, are still as important as ever.
Evolution takes time, and maybe one day a woman will be attracted to a sweater-vest wearing worrier who can’t bench-press half his own bodyweight, but for now, the leaders of the pack are still safe.

Psychological Science: Why Nerding Out Will Help Your Game

The definition of insanity is more or less: doing the same thing repeatedly, with no changes in the effect. A lot of guy’s dating lives consist of this kind of repetitive failing with women.
Rather than check their egos, do some homework, and improve they keep doing the same thing, hoping that one night a girl will oblige their advances.
However, it takes the willingness to put the ego aside, and actually, study things like sociocultural psychology.
No one is saying you have to enroll in a social psychology program or a social psychology graduate program.

A little internet research on charm and attraction can’t hurt though. In fact, if you use the right sources, it’ll totally help your game. Don’t let your ego get in the way of what you have to do.
Be a nerd when you stay home once in a while. Read, research, and then test your findings next time you’re out in the field. You’ll be pretty amazed at what happens.

While it’s smart to arm yourself with as much knowledge as possible, there’s something to be said for trying a little experimentation.
Maybe you’ve been doing well, and things are starting to feel formulaic, so you want to find a new approach to attraction. Go for it.
Or maybe what you’ve been doing just isn’t working for you, and you feel like it might be time find your own way. Don’t be afraid to experiment. Try new things when you’re talking to a girl.

You may make a psychological discovery that other guys end up crediting you with down the road. Get laid and be the leader of the pack? Sounds like a pretty good deal, if you ask me.

Just grow a pair, and try something or say something that you aren’t sure is going to work.
Game is about discovery and learning, and just because you don’t have a Ph.D. doesn’t mean you can’t make a big discovery.

Social Psychology Theories: Why They’re Only Useful When They Work

Look: when it’s all said and done, a theory about attracting women is only useful to keep in your headspace if it works. Don’t be the guy who just likes to sit around thinking about this or that method.
You aren’t a theorist; you’re a guy who wants to get more dates, have a one-night stand or just become more social. The point is, a theory isn’t useful to you until you put it into practice.

If you aren’t, then toss it aside. It may work for someone else, but if it isn’t helping you it’s useless. Any theory on game really should meet the following criteria:

Any theory should satisfy these criteria, mainly because it’ll mean that it’s not some mumbo jumbo you found on the internet. Make sure whatever you’re reading about the human mind has some veracity.
You don’t need to become an expert on something irrelevant or go and get a child psychology degree to understand some Freudian stuff about what shapes people’s wants and needs.
If the material you’re consuming isn’t helping you, forget it. Don’t be a librarian. Be a guy who knows exactly what to say to women to get them to want him.

Empower Yourself With Psychological Science

If you’re the kind of guy who hates reading or thinks that he knows everything there is to know about attracting women, it’s time to slow your roll.
It may not be the coolest thing to read a book or watch a video on how to game, but in the long run, it’ll absolutely help you.

The sooner you can check your ego and take a few steps back to learn, the sooner you’ll start to become more complete, talented and successful in your dating life.

What Women Want And How To Give It To Them: The Ultimate Guide
What Is Emotional Intelligence And How Can It Help Your Game?