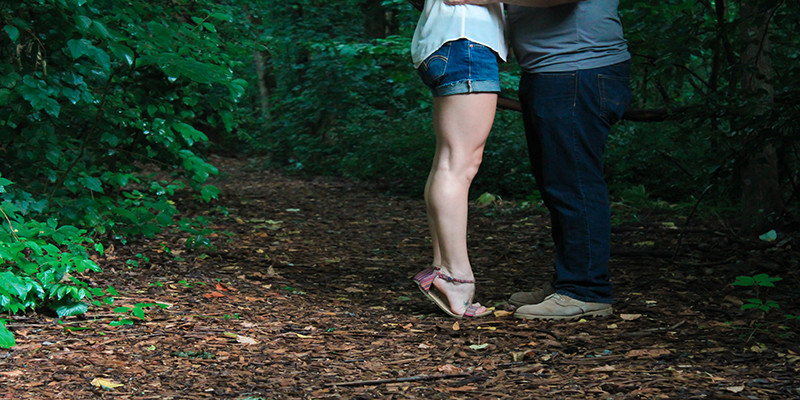 It’s Not That Serious: How To Flirt With A Girl

When it comes to how to get a girlfriend, knowing how to flirt with a girl is essential, but you can’t learn how until you actually know what flirting is.
Knowing how to make a woman want you is just a matter of walking up and telling her you like her; if anything, you might be better off telling you don’t like her, or teasing her about something.
It’s counterintuitive, but knowing how to talk to girls the right way involves intentionally creating distance in a non-serious way.
Human beings are a little messed up; we don’t like to just be handed things when it comes to dating. We prefer to feel like we’re chasing, because it makes us feel like we’ve gotten something of value.
It doesn’t matter if, deep down, she knows you like her. She wants to feel like she’s earning your affection and that’s where flirting comes in.

How To Make A Woman Want You By Flirting

There are really only a few rules to flirting, but before you go and try to get a girlfriend, you have to know what flirting really is.
Flirting in its most simple terms, is finding a way to tell someone you are attracted to them, in a way that seems noncommittal and non-serious.
It’s really about the tone and delivery. For example, if you’re about to try and impress a girl at the bar with your flirting skills, you could theoretically walk up and propose to her, but she has to know it’s a joke.

You don’t need to read an article or a book on a cold-approach pick-up to know that proposing seriously isn’t exactly the best opener. So, make sure whatever you’re saying is fun and a little ironic.
The same rules apply for negative comments. You could insult a girl, but if she knows you’re doing it just to tease her, it’ll go over very well, rather than if you did to actually hurt her feelings.

How To Flirt With A Girl: The Mindset

There are really only a couple of things you have to keep in mind when trying to flirt. So much of it has to do with your intentions, and the headspace that you’re coming from when you’re trying to figure out how to make a woman want you in a bar.
Here are the cornerstones of any good conversation where flirting is the main objective:

If you’re trying to figure out how to get a girl interested, these are absolutely essential, especially the last one. If you always stick to the same stuff, you’ll end up getting the same types of girls over and over.

The idea is to take chances and try out new ways of teasing her. It’s risky, but if you don’t attach yourself to any outcomes you won’t be as anxious about it. Remember, it’s counter-intuitive.
The way to talk to girls is not through a direct approach. Be indirect, free-flowing and fun.

How To Get A Girlfriend By Flirting

One of the downside of flirting is not knowing how to transition from being non-serious to serious. It’s easy to get comfortable making cocky-funny comments and throwing little jabs at her.
Once you get into a rhythm, it can be hard to break it, but at some point, you’re going to have to escalate things to the next level if you want to get her number, make out with her or take her home.
The key is just paying attention to the signs. An attractive guy in a bar is hard to come by, so when a girl is interested in you, she’ll let you know. There are certain visual cues you can look for.

Her eyes will get big, she’ll be smiling and, if she’s shorter than you, she’ll be looking up at you admiringly. It’s rare but some of the more confident girls will just go for it and offer you their number, but don’t count on this.
Look at her face and see if she’s taking you in. If she touches you on the arm repeatedly it’s also a very good sign.
We live in a world where touching a guy in a public place is a risk for a girl; it could send the wrong message, and many girls know that.

If she’s willing to make contact with you, it’s not a guarantee that she wants to jump your bones, but it’s a step in the right direction and indicates some level of comfort.

So, once you’ve gotten a few of these signs, it’s time to drop some of the teasing and non-seriousness of the interaction. You’ve already impressed this girl with your sociability.
Now the only thing left to do is find a way to stay in touch so you can set up a day two.
As soon as you exchange numbers, you can immediately go back to flirting. You don’t want to suddenly seem clingy or full of expectations just because you got her digits.
It’ll make her second guess giving them to you in the first place, which makes setting up a date an uphill battle.
Stick to what has been working until you part ways for the night.

Why Flirting Matters Even After You Get A Girlfriend

Relationships are hard. No one would disagree with that. Keeping things as exciting as they were from the very beginning is an area where a lot of guys fail. They get complacent, take their girl for granted and, in general, stop trying.
There are three big reasons why relationships fail:

It’s a recipe for disaster because she’s almost always going to get bored with a guy who stops trying to make things fun.
The most exciting part of any relationship is the beginning, but the ones that last are the ones where the man doesn’t stop flirting with his woman.
He treats her the way he would as if he were still trying to figure out how to impress a new girl. Flirting is a huge part of this, because it shows that you still value her enough to be creative, and you’re still, in a way, trying to attract her even though the “attraction phase” is over.

Don’t think that flirting stops once you’ve made her your girlfriend. It continues long after that, as long you want to make sure your relationship is happy, exciting and fulfilling. It takes effort, but if you really like a girl, it’s worth it.

Just Flirt And Stop Wondering How To Talk To Girls

Eventually, being able to flirt will just become a part of your personality. The more you do it, the sooner you’ll be able to stop thinking.
You’ll get so good at it, and it’ll feel so natural, that you won’t even realize it’s happening. Just don’t overthink it and remember to have fun.

The less serious you are when you’re talking to a girl for the first time, the better off you’ll be. Clingy guys are some of the worst types to a girl, but if you come off as fun, free-flowing and as a guy who isn’t in a rush to sleep with her, your flirting will be unmatched.
Before you know it, she’ll be looking at you with those eyes that say, “What are you waiting for? Ask!”