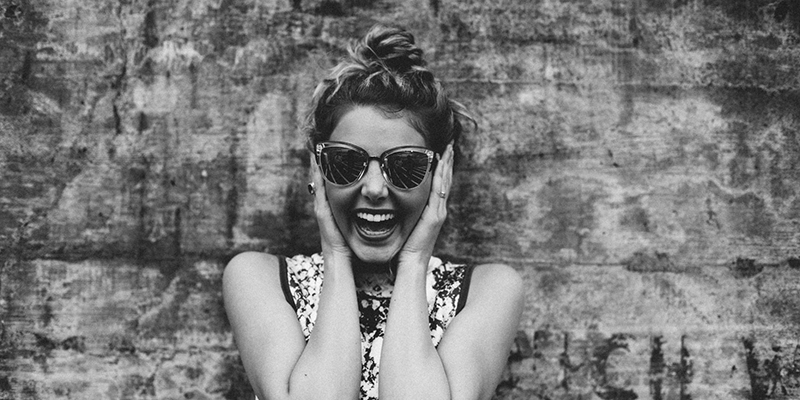 Nailing The Approach: Talking To Women And How To Always Get It Right

Dating apps are the offspring of the internet and smartphone innovation.
The web has made us closer and our devices keep advancing.
So instead of hastily crossing a busy street to flag down an attractive woman, we can resort to apps and cross our fingers that we cross paths virtually.
In a way it makes sense: it’s much too random to curate the proper conversation with someone you literally just ran into.
It’s different within the context of a dating app where it’s understood that you two have relatively the same agenda.
But what if she doesn’t have a dating app? What if she doesn’t swipe left? What if your most redeeming qualities are shown through what you say and not in your appearance?
Despite the convenience of dating apps, approaching women is still effective; especially when done right.
The thrill of making eye contact, going up against the clock that is the quickly closing window of opportunity and the thrill of either getting the number or not will, in my eyes, always be greater than sitting on my couch with a bowl of Captain Crunch miserably swiping an app.
The key is to change the way you think about approaching women.
In fact, approaching women in a decent manner and not losing confidence is the mark of a successful man.
Whether you’re familiar with these concepts or hearing them for the first time, internalizing these beliefs should be both a short-term goal and a long-term commitment.

You can learn a great deal about someone by just simply observing them.
The ability to draw inferences about people from limited interaction is both fun and impressive but it also gives insight to what one might be thinking and feeling.
It’s important to gain these snap judgments because you’re going to want to know the mood and background of the person you’re approaching.
High energy and direct? Laid back and subtle? Goofy and silly? These are just some of the questions using your sixth sense answers when paying attention to the aura of the women you find attractive.
Half of the battle when it comes to approaching women is fearing their response.
Will you be automatically grouped with the assholes that approach her disrespectfully? Will she even be in the mood to entertain you at all? By simply turning on your radar, you can solve one of the biggest pitfalls to approaching women.
You can actually exercise using your sixth sense.
It is easiest done in a coffee shop or other daytime venue with a lot of foot traffic. Position yourself somewhere that you’ll have an opportunity to watch people for a good thirty seconds.
And after some time of watching them, begin to write about them in your notebook. What are you looking for? Whatever you like.
This is about enjoying the process of getting to know someone without even getting to know them. Some suggestions include:

As you record the questions, write out a brief story answering these questions.
Your goal is to learn how to observe using what’s in front of you to approach in the most relatable way.

Let’s be honest, one of the hardest parts of going up to someone you’re interested in and asking for their number is the gripping anxiety that takes a hold of you.
The fear of rejection hinders us from trying, which, in a way, is letting anxiety win in the first place.
The first step to getting over your anxiety is to not take rejection personally. Someone not being into you is not an attack on you nor does it mean your not good enough.
It’s easy to get sucked into the idea that we are the sum of our rejections but as long as we come correct and we’re honest, hearing no is not the end of the world. Just say thanks and keep going.
The second step to facing anxiety is letting your fear show through.
Admitting that you were a little shy to come over and talk to her or that the chance of not seeing her again without saying anything to her would have been devastating, will not only help dispel the nerves but might make an impression on her.
The last step to getting over the anxiety it takes to approaching romantic potentials would be changing the context of the conversation.
Approach with the goal of getting to know them. Don’t worry about you and her, just find out about who she is.
Or maybe tell her about yourself. Shifting the focus from leaving with their number to a simple conversation will help the anxiety go away as well.

If approaching women was a jump shot, confidence would be form and follow through.
Confidence should be muscle memory and what you actually say should be what’s nuanced and unique from individual to individual. Which is why confidence should be something you practice every day.
You should practice approaching with confidence. That can be with women you would actually try getting to know or just any woman in general.
Approaching positively, for example, is a practice technique that would translate extremely well.
Simply wanting to spread some positive vibes is your driving force on this approach.
A simple, “I had to say hi. What’s your name?” Hold out your hand and when she goes to shake it follow up with, “you know what, you’re cute, we should just hug” and then go in for the hug is simple and not too hard because you’re not asking for too much.
Even incorporating love, appreciation, and curiosity is another way to build your confidence. Have a goal of giving them as many genuine compliments as possible.
Start with something unique about her looks, and then go from there with everything you notice that you genuinely appreciate.
Remember, you have to mean it. This approach takes the pressure of coming up with a special line to commenting on something you genuinely like about someone.
These are just two examples but as you can see, these approach tactics put you in situations where you’re conversing with women, and in turn builds confidence for when you do go in to ask for their number.
Going up to and talking to people we find attractive should not be as difficult a process as we make it.
Once we simplify what we’re doing to basic human communication, it becomes much easier.

Patience Is A Virtue: Why It’s Okay To Take Your Time With Women
Ten Essential Tips For Surviving An Argument With Your Spouse