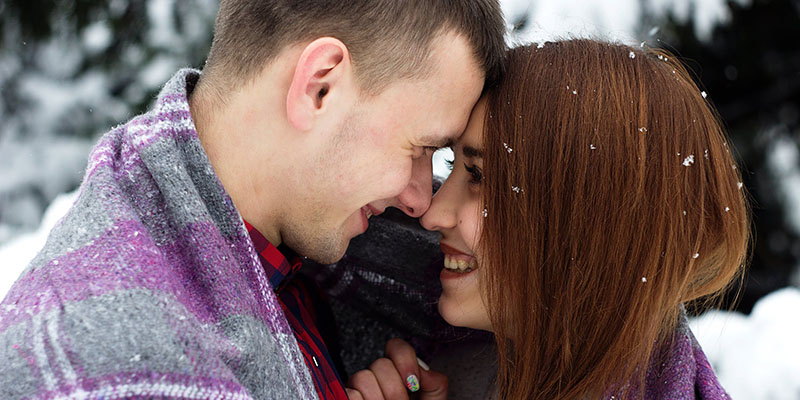 What Is Emotional Intelligence And How Can It Help Your Game?

Guys who want to improve their social skills with women usually get a bad rap.
They get labeled as womanizers, misogynists, and sociopaths, simply because they want to get more dates. The fact is that there are guys out there who fit these descriptors.
There are tons of them, and they give the rest of us a bad name.
They may still have the desire to meet and romance a woman, but lack emotional intelligence.
There are a lot of ways you can define emotional intelligence, but generally, it refers to someone’s ability to regulate and understand emotion.
When it comes to getting better with women, this is a pretty important skill. Having a high emotional IQ, not only makes a man more empathetic, but it also helps him understand what he really wants.
Women are emotional, as are the rest of us, but understanding their emotions, and empathizing with them is actually one of the most attractive qualities you’ll be able to portray when you’re out gaming.
No one is saying you have to be distinctly feminine, but you have to at least be able to understand things from a woman’s perspective.

Emotional Awareness: Why It Counts With Women

If you’ve ever approached a woman, you’ve probably been so afraid of saying or doing the wrong thing that you weren’t even aware of your own emotions.
The only thing you felt was likely fear or anxiety, and you weren’t able to slow things down enough to see what you were feeling during the interaction.
You may not think so, but this comes across pretty distinctly when you’re in a conversation with a woman. She’ll know that you aren’t in touch with yourself, and won’t take you seriously.

Further, you have to be aware of her emotions too. If you don’t know what a certain facial expression or comment means when she says it, you’ll have no way to know what to do next in the interaction.
It all boils down to emotional awareness. Know yourself, and pay attention to other people as well, and you’ll have a lot of your questions already answered before you even make your initial approach.

The Emotional Quotient: How You Can Apply It To Seduction

The emotional quotient is the capacity of a person to recognize their own feelings, as well as the feelings of others.
Sometimes people may feel something—a negative or a positive feeling—and not know how to label it.

People with high intelligence quotients can not only label their emotions, but can regulate them based on how well they understand them. Having this skill is incredibly important when it comes to dating.
Recognizing people’s emotions and being able to describe them is key to building comfort with a woman, or with a new person in general.

Those who have higher levels of emotional intelligence tend to make friends faster, and are seen as more attractive. It’s because they relate to people easier and can show empathy better.

There are really four qualities that a person with a high emotional quotient has. They are:

People who have these skills and abilities tend to appear more attractive—especially men. Think about it; what woman wouldn’t want a guy who was caring, but could also stay calm under pressure?

Consider the following example: a guy goes on a date with a girl, and she tells him a deeply personal story. She confides in him during the story, but still uses it as a test to see how empathetic he is.
He comforts her, and genuinely feels empathy for her. He recognizes how she feels and, even though it’s a first date, successfully connects with her over her story, whatever it may be.

A guy that can do this genuinely is bound to be seen as more attractive because a woman will see him as a pillar of emotional stability.
Women can certainly fend for themselves nowadays, but their instincts still lead them to find an emotionally stable man.
The reason a man who has a high emotional intelligence is seen as so attractive is because it tips a woman off that he can withstand whatever threats come their way.
Remember; no one is saying that women can’t take care of themselves. They can, but a man who can be there when she needs him is still considered very rare and attractive.

Check Yourself Out: A Quick EQ Test

These things don’t seem like they have much to do with picking up women, but the reality is that they’re a huge part of game.
Being able to read people, and stay calm go a very long way when you’re talking to a woman.

For example, if a woman tosses a jab your way, you’ll have to stay calm. Remember it’s a test of your emotional intelligence, and if you react unnecessarily, it’ll work against you.
Being non-reactive is one of the best ways to let a woman know that you’re worth her time. Keep cool, and she’ll be yours.

If you’re a jumpy person, and you don’t have a lot of control over your feelings, don’t worry about it. You can learn how to do this. It may take some time, but the important thing is to realize that there’s hope.
First and foremost, meditation is an excellent way to shape your mind and learn how to handle situations that make you uncomfortable.
We live in a world that doesn’t really afford us much time to think, and that can hurt our emotional intelligence.

Meditate every day. Organize and label your feelings for what they are. Over time, you’ll be more aware of them, and you’ll have a lot more control over when and why they arise.
Even further, any activity that you find uncomfortable can help increase your emotional intelligence.
Another good strategy is cold immersion. Yeah, taking cold showers can actually make you tougher and more resilient emotionally.
In a way, taking a cold shower is the same thing as talking to a hot girl. Every part of your body is telling you not to do it, but when you force yourself to go for it anyway, you reap the benefits.
The whole experience might be uncomfortable, but when it’s over you feel stronger, more energetic and like you actually have some control over your own body and mind.
It’s sort of like that old adage, “what doesn’t kill you makes you stronger.” When it comes to emotional intelligence, there is nothing more true than that. Emotions are just like muscles.
If you don’t work them out once in a while, you get weaker overall. So challenge yourself once in a while.
Do something that doesn’t feel good or makes you nervous. You’ll be glad you did.

Social Psychology: The Key To Attracting Women
How Leadership Skills Make You A More Well-Rounded Man