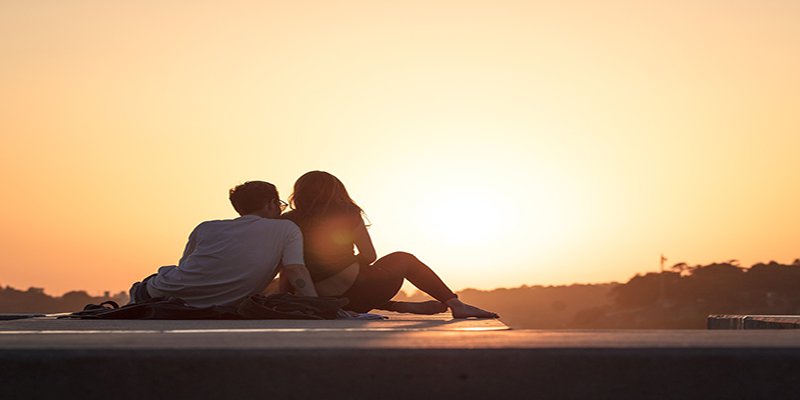 Most guys get so worked up on a date that they end up talking about themselves the whole time. They’re so worried about impressing the girl that they forget to ask about her.
It may seem like a confident move to be able to talk about yourself at length in this way, but if you aren’t at least wondering what to ask a girl when you’re on a date, something is seriously wrong.
Girls love to talk about themselves just as much as you probably like talking about yourself. If you never give them the opportunity to do so, you’ll just come off as being egotistical.
There’s also a technical reason for having questions to ask a girl when you’re on a date. It’s a form of data mining, and it’ll help you tailor your approach for the rest of the night.
The key is knowing what things to ask a girl, and then knowing exactly what to do with that information once you get it. If you want a girl to like you, asking questions is key.

What To Ask A Girl On A Date

Okay, so you’re on a date with a girl. Things are going well, but you don’t quite feel like you’ve gotten to know her at all. This is one of those situations where it pays to start asking questions.

You’ll want to find out her likes and dislikes, what her previous relationships have been like, and if possible, how comfortable she is around new people.
When you’re trying to come up with questions to ask a girl, you should be trying to meet the following criteria:

The idea is to make your questions interesting, without making it seem like you’re intentionally trying to gather information.
Don’t fire off questions like machine gun rounds. Instead, just make them natural.

Knowing What To Ask A Girl

Knowing the right things to ask a girl can be hard. You can’t just come right out and ask her something sexual. That’s not going to fly.
It’ll scare her off, make her think you have no self-control and make the whole date feel uncomfortable. Instead, ask questions that allude to certain things.
Is she adventurous? Does she like a thrill? Maybe you could even glean information about whether or not she’s looking for something serious by discussing previous relationships with her.

Try to make the conversation fun, but also make it productive on your end. You’re trying to get a feel for who this person is, so you can continue to calibrate and modify your approach going forward.
Knowing what to ask is tricky, but the more dates you go on, the more you’ll start to see that certain questions can be extremely valuable if you ask them at the right time.

Questions For Girls That Will Turn Them On

Sometimes, you can effectively turn a girl on or get her attracted to you with your questions, rather than just your answers. It may just be as simple as asking her something no guy has ever asked her before.
Chances are most girls you go out with have been through a lot of terrible relationships and dates, and have probably also had a lot of really terrible, clumsy sex.
When you ask a question that shows that you’re actually aware of how bad it is out there for girls, you can subtly tip a girl off that you know what you’re doing.

Ask her what the worst date she’s ever had was like. It may seem like a bad thing to ask, but it helps you in two ways, so don’t be afraid to drop this one.
First, it shows you what not to do when you’re with her. Second, it shows her that you’re actually involved in the dating scene and aren’t a total newbie
As you probably already know, having experience in and of itself is attractive to a lot of women. Try this question out the next time you’re sitting across from a girl. You won’t be disappointed.

Questions To Ask Your Girlfriend

Sometimes keeping the fire alive in a relationship is as simple as just asking the right questions. Just because you’re dating a girl, doesn’t mean you have to stop trying to understand who she is.
Girls change over time just like men do, and you should constantly be trying to understand those changes so you can be ready for them. Don’t be afraid to ask questions, even if she’s your girlfriend.
Ask her how she’s feeling on a daily basis. Ask her why she’s bummed out if you sense that things aren’t going well. Sometimes, girls will drop hints that they’re unhappy.

The truth is they just want to see if you still care about them, or still want them.
By asking questions, you not only take steps to find a solution to certain relationship issues, but you show that you’re still invested.
The most important thing when you’re asking questions, is to ask things that let her know that her well-being is still important to you. It’s a lot different than being on a first date but is just as important.

Interesting Questions And How They Help

Don’t interview girls when you’re on dates with them. Don’t ask about logical, one-dimensional things. Work, school, politics, and news are all off-limits.
It’s boring, doesn’t make people think, and will end a date pretty quickly.
Talk about abstract things. Ask questions that aren’t so easy to answer. You should always be asking questions that lead to emotional places. Attraction is built with emotion, not logic.
When you’re on a date, your questions should be focused around the following ideas or topics:

These topics are cloudy for a lot of people because they’re emotional—not logical. They tap into a part of the brain that isn’t always so logical.
By opening up those pathways, you get a massive head-start when trying to understand a girl for the first time. Stick to the emotional stuff, and before you know it, you’ll be a part of that world for her.

Always Ask Questions To Get To Know A Girl

Above all else, your goal should be to get to know a girl. It’s the most honest way to go about getting her to like you.
If you come from a calculated headspace, it may work, but your intentions will shine through.
When you ask a girl something, show that you’re genuinely interested in her and that you want to get to know her as a person. Yes, you should still be paying attention and trying to piece together who she is.

But it doesn’t have to be so calculative. She’s a person, and if you show her that you really only want to get to know her, it’ll make the process of attracting her much easier.
Asking questions isn’t just a way to manipulate someone. It’s a legitimate means of connection. If you treat it this way, you’ll be much more successful in your dating life.
So, next time you’re on a date, think about saying less and listening more. Get to know her for who she is, and listen when she answers your questions.
You’ll understand her better, and you’ll also get an education on people in general. For someone looking to do better socially, this type of knowledge goes a really, really long way.

Forget The Finish Line: How To Attract A Girl
Clean Breaks: How To Break Up With Someone