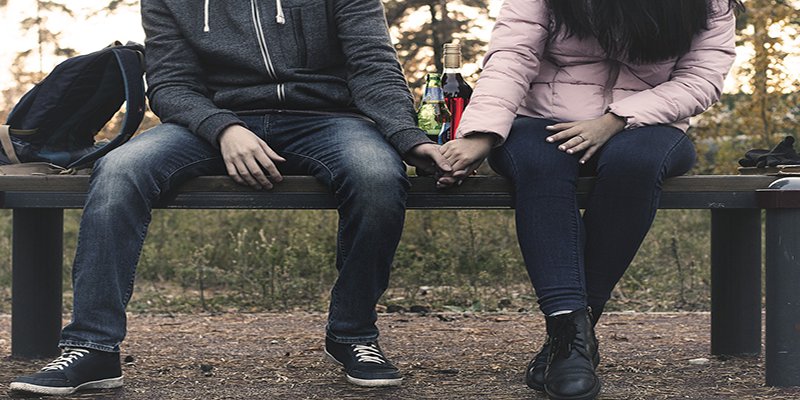 Clean Breaks: How To Break Up With Someone

You may not realize it, but breaking up with a girl is as much a part of game as getting her attracted in the first place.
It isn’t always easy and is probably one of the harder parts of the process.
However, breaking up with someone is sometimes necessary. Not everyone is going to be perfect for you, and there’s no shame in saying how you feel about it. That’s why knowing how to break up is key.
It doesn’t matter if you’re just casually dating, or if you live with the person. Having an exit strategy is crucial if you want to feel comfortable in a relationship.
There’s nothing worse than feeling like you’re stuck.
Knowing the proper way to dump someone not only gives you some peace of mind, but paradoxically, it enhances the relationship. It keeps both people from getting anxious.
Don’t be afraid to let someone know you aren’t into it anymore. In most cases, you don’t owe them anything. Admitting to someone that you aren’t compatible with them shouldn’t ever stress you out.

How To End A Relationship With Someone You Love

The fact is, it isn’t always that easy to end things. You may have mixed feelings about someone, and in some small way, still love them. In these scenarios, you may not want to hurt their feelings.

That doesn’t mean you should stay with them just because you don’t want to hurt them. After all, you only get one life. You should ask yourself the following questions before breaking up:

Be honest with yourself, and don’t delude yourself into thinking that someone is right for you out of sympathy. The most important thing to remember is that you don’t really owe anyone anything.
You may owe them a conversation, or an explanation as to why you don’t want to see them anymore, but staying in a relationship isn’t part of the deal. There’s nothing wrong with putting yourself first.

How To Break Up With Someone Nicely

For some reason, we view breakups as something that has to be a fight or some kind of horrible conversation. The reality is that it doesn’t have to be this way. It’s all about how you frame it.
Not every break up is going to be difficult. If you stay calm when you look a girl in the eye, and tell her that it just isn’t working, she’ll be hurt, sure, but she doesn’t have to hate you because of it.

Just tell her you think that you’d be better off apart. Don’t blame her, or make her think she did anything wrong. Remember, you’re breaking up.
There’s no reason to make someone feel bad, especially since they aren’t going to be a part of your life anymore. Just explain things calmly, and if she decides to flip out on you, it’s her problem.
Just because you’re breaking up doesn’t mean that you have to be a jerk about it. You’re entitled to being a nice guy, while still also putting yourself and your time first.

When It’s Really Her Fault: How To Dump Someone Fast

On the contrary, sometimes a girl is just such a pain that you don’t even want to give her the satisfaction of a real break up. This is rare—most people deserve a fair parting—but sometimes it happens.
We’re talking about girls who cheat, or girls who make your life worse than they make it better. In these scenarios, it’s better to do things quickly. Don’t give her the satisfaction of a conversation.

It may seem harsh, but you can easily shoot her an email, a text or just disengage completely. This is not recommended for girls that are generally good.
It’s something you do to a girl who has repeatedly wronged you.
If she’s done any of the following things, feel free to shoot her a break up text and get on with your life as soon as possible:

The fact is, these kinds of behaviors go on for way too long in relationships. There are girls out there who do this sort of thing, and they don’t deserve a long, caring breakup.
They deserve to be treated as poorly as they treated you. Get out, and get out fast. You’ll be glad you did. And don’t waste any time getting back out there either. Remember, you have one life. Start living it.

How To Break Up With Someone You Live With

Sometimes things go on for way too long, and get to a level in which you may have moved in with someone you don’t really like. In this scenario, it’s actually easier to end things.
The reason it’s easier is because of the close contact that you both share. It’s a lot harder to hide the fact that a relationship is heading down the tubes when you live with a person.
The reason is that you’re around them constantly. No one can hide how they really feel when they’re that close by that often.
When you finally do decide to have the conversation, she’ll probably already know it’s coming.

If you’ve been sleeping on the couch for a week, and the two of you haven’t even kissed in a few days, she’ll know what’s coming. Just tell her what’s up.
The sooner you do so, the sooner you can start packing your stuff.
In fact, the hardest part about breaking up with someone you live with isn’t the actual conversation. It’s the aftermath. You may not want to be with them anymore, but you still have a place together.
One of you is going to have to move, so try and stand your ground when this conversation comes up. That being said, moving out may be the best thing for you.
It’s a way for you to start fresh, so don’t rule it out.

How To Get Over Someone

The last step in the breaking up process is getting over someone. That’s right. Just because you ended things doesn’t mean there isn’t some healing that has to take place.

No relationship is all bad. There are happy moments in most of them, and even though you don’t see yourself staying with someone, it’s still hard to realize that, soon, they’ll no longer be a part of your life.

Accepting the fact that this is positive change is the first step. Tell yourself that even though they made you happy occasionally, it’s better for you not to be with them.

Once you’ve made that clear to yourself, it’s time to get back out there. Don’t waste any time. I’m talking within a few days, you should be back out at the bars re-developing your game.
No one is saying you have to get back into a new relationship. In fact, that’s probably the worst thing for you to do. Instead, just focus on yourself.
Have fun, take up a new hobby, and find new ways to fill your time.
Remember, there’s never any excuse for being with someone you don’t want to be with. If you’re not happy, break up.
It’s very simple. Trust your instincts; if you do that, you’ll never go wrong.