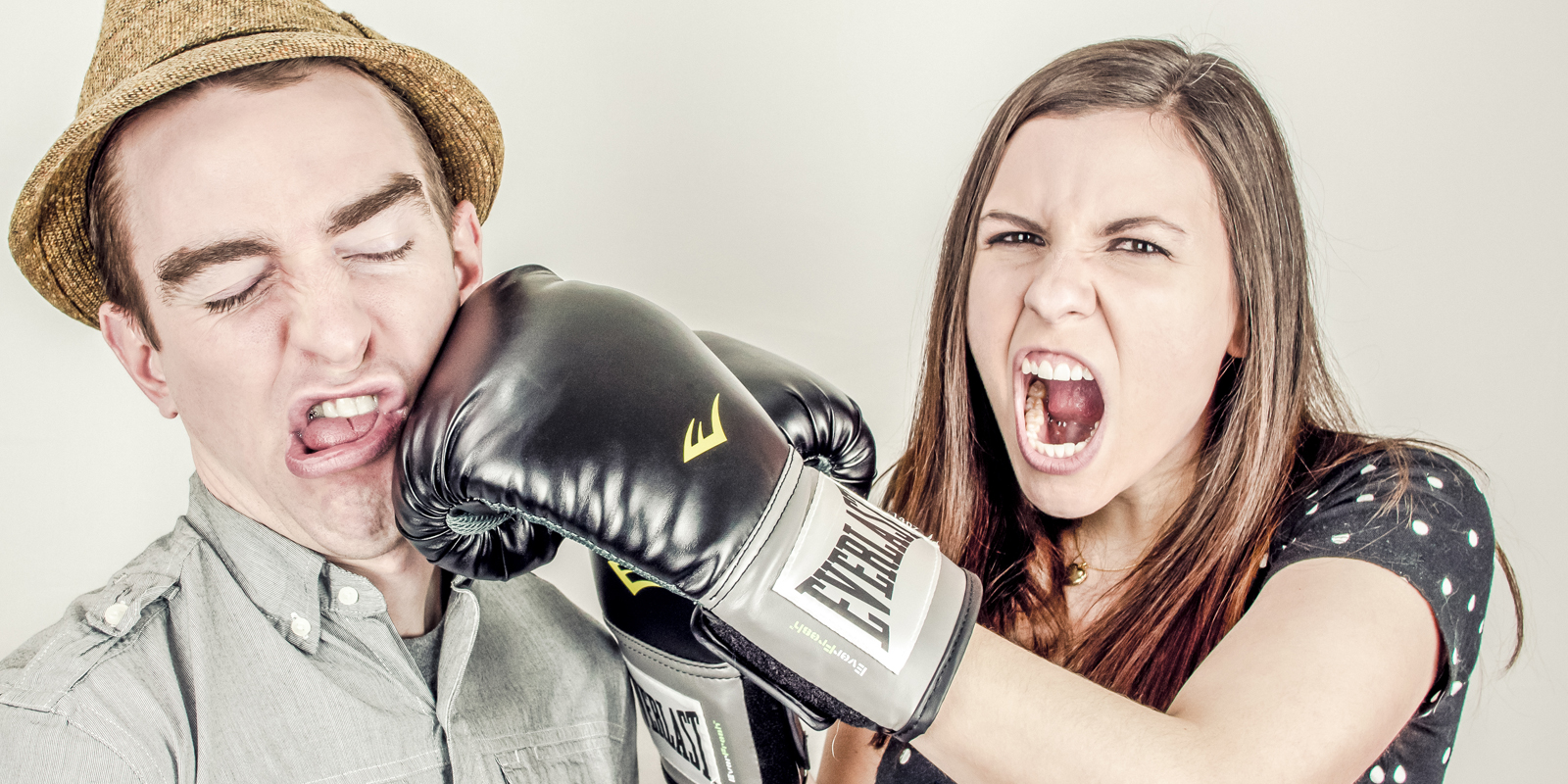 A Tale of Two Breakups

Scotch, and Sherlock Holmes stories. Don’t break up with a girl without ’em.

Following up from last week’s article on female psychology and difficult women (thanks for all the great thoughts, by the way), I want to get a little more practical for you, and pull right from a few of my own big breakups.

If you’ll recall, we covered the two types of tests that women give you in a relationship – Tests of Insecurity and Tests of Strength.

Tests of Insecurity come in the form of “do you love me?” and “do you think she’s prettier than me?” They’re attempts to “pull you in” to her, reassure her, and redress her insecurities.

Tests of Strength come in the form of “don’t put up with that shit from your boss” and “why didn’t you take the trash out like you said you would?” They’re attempts to “push you” to being stronger, better, and tougher.

As it so happens, my first two serious relationships would often feature, and ended as a result of, each of these types of tests. So without naming real names or revealing too much, let’s resurrect these ghosts of my past and see what we can learn from them, yeah?

My high school sweetheart… I was a senior when she was a freshman, and she was without doubt the prettiest girl in her class. Something about my dog collar and punk rock patches caught her eye, and we started “going out” with just a few weeks of classes left.

It was first love, and we were both smitten. Man did we love each other… and man did we tell each other about it. The words “I love you” might as well have been tattooed on each others’ foreheads.

My other friendships started to suffer during that first summer, as our relationship closed in around us – always a bad sign. Then I went off to college in the fall, and the rest of the boys at school began to discover her.

We spoke for hours a day on the phone, but the conversations always involved her asking me what girls I’d met, and me asking her what boys had been flirting with her that day. It continued like this, with slight variations of the same theme, for the next three and a half years.

Make no mistake – we were both terribly insecure. My first two years on campus, I completely missed out on the “college experience.” No parties, few friends, and lots of solitary meals in the dining hall.

I would always tell myself “well, it doesn’t matter, because I’ve got a hot girlfriend.” But missing out on those first two years, my social growth was seriously stunted. My Dad suggested I studied abroad, but social anxiety and worries about leaving my girlfriend behind kept me from even entertaining the idea.

Like me, Marianne was compulsively insecure. She gave me a terribly hard time about the girls I was meeting at college. She insisted on talking to me at certain times of day, and would keep me on the phone when I had other things I wanted to do. She needed me as much as I needed her, and notably, it was very gratifying to my insecure ego to be so badly needed by so pretty a girl.

That alone kept me in the relationship for much, much longer than anything else.

Only thing was she was indulged on a daily basis by just about every guy who knew her. There was a guy in her grade who wouldn’t let up. There were guys from other schools who would show up at her house. There was even my first semester roommate, who I found emailing her and trying to get her to hang out behind my back.

This is par for the course for a hot girl. If you’re a confident guy and you’re dating a hot girl, expect it. The problem is when she responds to it and encourages it.

On one hand, it’s silly to think that you can date the hottest girl in high school, from long distance, and expect that in this formative time of life, she’ll be a perfect angel. On the other hand, your girl has to respect you. Harmless flirting is ok… leading other guys on is definitely not.

And when I wasn’t being beseeched with requests about how much I loved her or what I could do for her or how hot she was or any of that, it was usually because some other guy was telling her how great he was and how much he wanted to be with her. This became a sort of currency that she’d use against me for the first few years.

As could be expected, everything got much worse when she got to college. She decided to go to a big east coast school, so we were even longer distance than before. And with high school boys becoming college men, the attention came even harder.

I later learned that, while we were still dating, she’d had other guys sleep in the same bed as her, hooked up with one of them, gone out on dates with others still, and started to seriously see another guy. She told me she’d call, and wouldn’t. She’d get strange and distant when we’d talk. She acted like it was a favor to spend time with me on the few occasions that I visited. And she forgot to return my call on Valentine’s day.

The signs were all there. I didn’t want to see them.

Very simply, she was a hot, insecure girl. I was a young, insecure guy. And I just wasn’t enough… I wasn’t present enough, nor was I strong enough.

I didn’t draw a line. I didn’t respect myself enough to let her grow on her own. I allowed her ego needs – and my own – to dominate our relationship. When she left me, I was crushed, but it was my own damn fault.

And that’s when I discovered Scotch.

It took four or so years, in fact, to fall in love again.

Rachel and I met at a bar, and after an extended period of dating, settled into an awesome relationship.

At this point, I’d returned to college after having run my software company, and was in the process of helping get another business off the ground.

Over the course of our two years together, there wasn’t a whole lot in the way of fighting. She was a strong girl with ambition and self-respect, and while there were occasional drunk arguments, this relationship was a smooth ocean lake compared to the oceanic tempest that was my relationship with Marianne.

I lacked direction in life. I had no idea what I’d do after college, and while the new business was going well, the owner and I were constantly at odds. It started off with small squabbles and disagreements with him, but after a year or two, I had gone from managing online sales, to booking his flights.

Every now and then, Rachel would bring this up with me. “I don’t like the way he’s treating you,” or “Why don’t you stand up for yourself a little more?” I felt offended that she would challenge my manhood in this way, and would usually shut the conversation down before it could get going.

And the worse that that my boss treated me, the less my girlfriend respected me. It wasn’t obvious at the time, but man… women do NOT like to see their man getting belittled so regularly.

Heading into graduation together, we were discussing future plans. She wanted to go to grad school, but was planning on taking a year off to work. My future was anything but clear, and with the continued weakening of my professional confidence and backbone, Rachel started to push me harder to make some decisions for the sake of myself, and no one else.

I was scared of losing it all.

In truth, there was so little to hold onto. But I was holding on so tight that I didn’t look ahead and forward, at my own potential.

Rachel did the sensible thing, and broke up with me. Oh man, did it hurt. I wrote several Long Letters (you know… the “I’ll Do Anything” letter), to no avail. After graduation, I spent two weeks on my parents’ couch, eating very little food and reading a lot of Sherlock Holmes short stories.

No doubt that these breakups were some of the best things to ever happen to me.

My own insecurities kept me in the first one for far too long, and prevented me from being the man I needed to be in the second one.

And through the many, many tests I endured over the six combined years, my relationship strength grew considerably. There are many things I’d like these days… six pack abs, a seven figure bank account, a thicker hairline… but I don’t for a moment doubt that I’m the best possible choice for a woman I love.

It took a lot of emotional pain to get here. I started out weaker and more insecure than most guys I know.

So when I look back at my relationships with these girls, I have nothing but great thoughts and positive feelings for them – without their tests, man… who knows what kind of guy I’d be today?

What about you? Do either of these relationships remind you of any of your own?

And anything you want to share with a guy who’s going through something similar to either of these now?