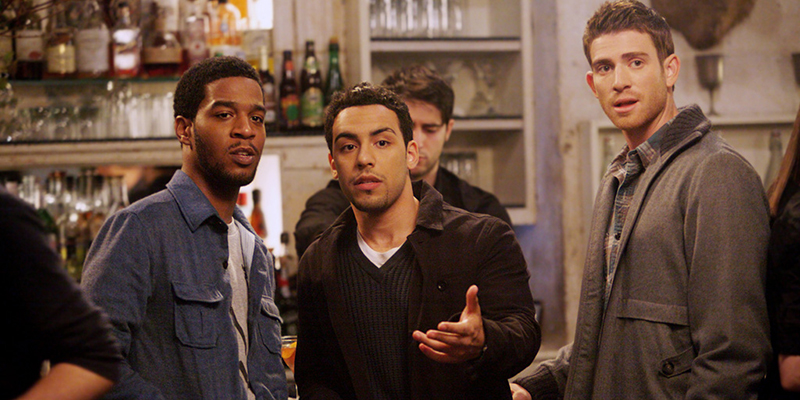 The pick-up community is generally pretty supportive. Guys look to each other for ideas on seduction, for praise and even friendship, but there’s an ugly side.
There’s a part of game that occasionally creeps up that makes the whole journey a little less enjoyable.
Men are inherently competitive, especially when it comes to attracting women, and sometimes a night out talking to girls becomes more about who’s the best than actually honing your skills.
Who’s got the best method for approaching? Who pulls the hottest girls? Who pulls the most girls?
These are all worries that find their way into the pick up arena, and are just plain stupid and counterproductive Not only is it a waste of time and energy, but its antithetical to the core idea of the community: self-development.
Things like keeping a tally of how many girls you’ve slept with, or arguing with your buddy about how you’re better with chicks than he is, makes you sound like a twelve year old.
Instead, we should all be building each other up and praising our fellow lotharios when they get a number or make out with a ten. And, when we find success during a night out, we shouldn’t brag—unless you feel you have something to prove.
Bragging and criticizing other people telegraphs insecurity, which seriously downgrades your level of attractiveness to a woman. It spreads negative energy and assuming you and your friends go out as a group, will bring you all down.
The most common form of insecurity in game is the habit of keeping track of how many girls you’ve slept with. Guys do this for some odd reason, and its nothing more than a way of validating yourself.
What’s worse, is that if you’re worrying about something like this, it makes your motivation for going out and talking to girls nothing more than a way of inflating your number.
You should be out because you want to get laid, or you’re ready for a girlfriend—not to compete with your guy friends.
Pick up is a part of life, a supplement to your relationship with your crew, not the entire reason that you leave your house on the weekend.
Of course, there are hot streaks (who doesn’t love those) where you’re on fire and approaching is all you think about, and that’s okay, as long as you’re doing it for the right reasons.
Only when you feel like you need to get laid just because your friend did the night before, do things start to get messy.
It may not seem like it, but enjoying the process of courtship and not turning it into a competition is a mindset that will ultimately help you get more successful at it in the long run.
Going out and talking to girls for no other reason than your own enjoyment is a huge display of confidence and people will pick up on that.
But when you treat a night at a bar like a video game where your phone number, make out, and rejection tally is constantly at the top right of your screen you’ve missed the point.
Women are extremely intuitive in social situations, they’ll know whether you’re just having fun, or if they’re about to be the tape measure in your next dick-measuring contest.
This mindset is a shadow from last the generation of pick-up artists—the Mysterys and Tyler Durdens of the community—and needs to be forgotten like a bad Ed Sheeran song (most of them are bad, just saying).
Sharing your experiences and talking shop with other guys in the form of a “field report” is okay, but keep it constructive.
Not to get all mushy on you, but game can be a scary thing and while we have a physical urge to socialize with women, we have just as much of need for a positive support system from our male peers.
Life is already full of negativity in places like work or with your annoying shitty roommate, and the club or bar should be reserved as a comfortable place where we help each other out.
Sometimes it’s even pretty rewarding to get a friend laid while hanging back for the night.
Not only did you exercise your own skills, but you did a favor for your buddy and you can bet that it’ll come back to you on a night that you’re struggling.
It’s like a friend of mine used to say: “When one of us gets laid, it’s like we all get laid.”
I always thought it was a joke, but now I realize the truth of a comment like that. When your circle has no attachments to competition, you really do feel a sense of satisfaction when a friend is successful with a chick.
Maybe it’s an evolutionary thing, where we feel like our tribe is expanding, or maybe its just some bro thing that came into existence because of American Pie; either way, the feeling is there.
Whether we like it or not, men and women are always going to be different and surrounding yourself with positive vibes when you choose to dive down the seduction rabbit-hole is always a good idea.
Being a part of a social circle of fun people, who are just interested in having a good time shows when you’re out in public, and invariably helps you attract more women.
So, if there’s something brewing between you and your friends, or if you get the sense that game has become more of a competition than a way of meeting chicks, nip that stuff in the bud.
You can only go out and hit on chicks for so many years before one of them comes barging into your life asking for a ring. Right now, it’s you and your friends running around doing crazy stuff, and that’s all it needs to be.

Studies Show Not Even Getting A Raise Will Make You Like Your Job More
Need Gym Tips? See How This Pro Hockey Player Gets Ripped For The Season