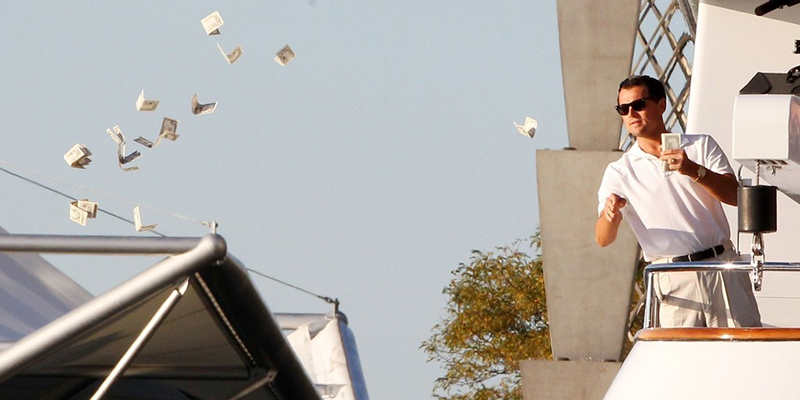 The notion that money is the answer to everything has been dispelled on many accounts, but if you ever needed another, here you are: there is no dollar amount that will make work more enjoyable.

I know you’re thinking that’s nonsense, and that if your employer named the right price you’d do anything, and proudly, too. But science says otherwise.

In 2010 the Proceedings of the National Academy of Sciences published a study analyzing information from half a million U.S. residents and concluded that once people begin making more than $75,000 a year, the influence money has on their happiness begins to lessen. At that point — whether it was one dollar or a million — the value has no effect on how happy you are.

So, no matter if it’s mopping the floors or conducting brain surgery, money’s motivation will always have a ceiling. It makes the ‘rich getting richer’ a little nonsensical then, right? If money is not making you happier and all. Yet that is what exactly continues to happen.

Executive pay has risen astronomically over recent years: America’s top CEOs currently earn ten times what they did 30 years ago, according to a 2015 brief by the Economic Policy Institute, and around 300 times more than the average worker.

Not to mention the people who make the most aren’t always the best at what they do.

A recent analysis of executive pay in the U.K. by the Chartered Financial Analyst Institute found the relationship between pay and performance to be “negligible at best” — and a wealth of psychology research suggests that there’s little causal relationship, if any, between how much you pay someone and how hard they work.

A study that perfectly summarizes this concept was conducted by 1970s psychologist Edward Deci.

He tested two groups of kids on how fast they could write headlines. He started paying one group and told them not to tell the other due to lack of funds. The paid group not only failed to increase pace but was out-performed by the group that did not receive any compensation.

These findings laid groundwork for what was later called the “overjustification effect,” or the idea that an external reward will decrease a person’s internal drive to do a job well.

Perhaps turning the reward systems upside-down, like giving more incentives to low-level employees could have much greater impact on a company’s productivity than concentrating that bonus money to already fat pockets.

Going for your dreams is not only a matter of fulfilling a purpose, but it’s literally the happiest you will ever be. Seeking a career for cash, no matter how enjoyable it is initially, will eventually run its course.

Focus On You: How To Turn A Bad Breakup Around, Yes It’s Possible (Video)
Why Your Support System Can Make Or Break Your Success With Women