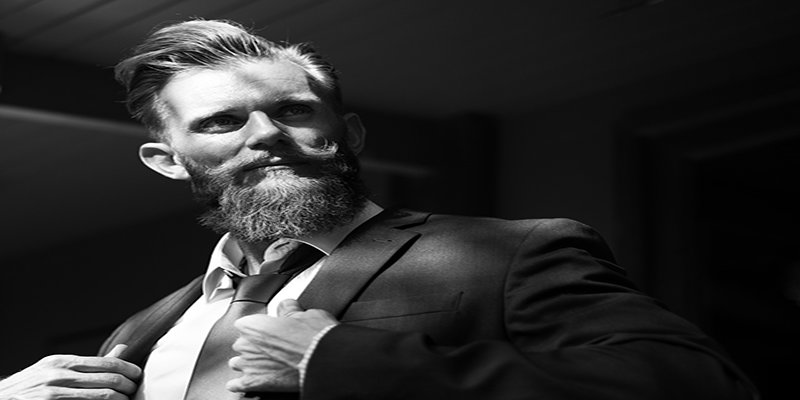 How Leadership Skills Make You A More Well-Rounded Man

You may not realize it but, as human beings, we’re all still operating on outdated, caveman software.
We still behave as if we’re living in small tribes, and if you look closely, it dictates a lot of our decision making.
There are a lot of qualities that make a man attractive, and some are overlooked. Leadership qualities are a series of traits that women find very attractive, in both a direct and indirect way.
Having the qualities of a good leader shows women—and people in general—that you’re a dominant male.
Careful, though: being a dominant male doesn’t mean being macho, or acting like you have something to prove.
A good leader is someone who not only takes charge when things get rough, but also builds up the people around him so that they can be the best they can be.
As far as being attractive to women is concerned, being a good leader is one of those things that makes a guy hard to turn down. It implies confidence, level-headedness, and even magnanimity.
Guys who follow others tend to be perceived as being weaker, or less confident than their more alpha counterparts.
Being a good leader can not only help you appear more confident to women, but it can also help you in life, and here’s how.

Early Human Days And Being A Good Leader

There is no denying that, at one point, we relied on our survival skills, critical thinking abilities, and physical prowess to survive. Some of that is genetic, while other parts of it can be learned.
Regardless, the harsh environments that human beings developed under, caused them to favor certain traits—namely, leadership traits.

Being a male who leads the pack meant that those who couldn’t lead, or were too weak to do so, would flock to him.
He would hunt, protect and provide for his tribe, and he’d do so without ever getting stressed out.
To a female, who may not be able to hunt or protect herself, there’s a lot of utility in a man like this.
He can help her live in harsh climates where things like getting eaten by a bear or starvation are real possibilities.
Above being physically attractive, or being charming, having good leadership skills inevitably gives you a leg up in almost every area of your life. If you think you don’t have good leadership skills, think again.
You’re here, which means that somewhere along your bloodline, there was a male who knew how to survive, whether it be intellectually or physically; all you have to do now is tap into those skills.

Being a male who leads doesn’t necessarily mean that you have to constantly take control of every situation. Actively trying to be the leader is, in fact, more of an insecure trait than it is an attractive one.
However, knowing how to react to a certain situation, and instinctively taking the dominant role, is where it counts. Your leadership style will depend on how you meet certain obstacles in life.

There are dozens of masculine leadership qualities, but most people fall into one of the following categories:

Physical leaders are those who exert their physical prowess to get the job done. Think of a guy who helps someone carry something that’s heavy, or just takes up space in bars.

Problem solvers may not be the biggest guys, but they’re thinkers and can use those skills to take control of the group, or solve problems that arise in their lives. In the modern world, it may even be more valuable than stature.

Diffusers are the kinds of guys that lead by preventing negativity.
They’re the kinds of people that would rather buy shots for the whole bar instead of starting a fight. They keep cool, and keep everyone else cool too.
Mentors are those who know they have some kind of innate gift and share their knowledge with those who struggle. They do so genuinely, with a real desire to help their fellow man.
Any one of these kinds of leaders can be seen as attractive or desirable to both women and fellow men. They radiate a good energy, and people are comfortable letting them take the lead.

Qualities Of A Good Leader

It may not seem like it, but sometimes being a good leader means knowing when to back off. It involves knowing when to take a step aside, or when the job is better left to someone else.
Leaders realize that they can’t do it all, and also have the confidence to admit it.
Being a good leader, more than problem-solving or being physically intimidating, involves admitting when your skills don’t apply.

No one likes someone who thinks they know it all, or who wants to be macho in every scenario that comes their way. To be a good leader, you’ll have to know when it’s your time to shine, and when it’s not.
Effective leadership is as much about teamwork as it is about individual problem-solving. Knowing how to assemble the troops, and have them follow you is dynamite when it comes to leadership.

Knowing how to lead is one thing, but knowing what makes a poor leader is also useful. It’ll show you what not to do, and how to avoid these kinds of behaviors as you continue going about your life.
Being a poor leader involves the following things:

People who have high levels of anxiety or those who can’t get a handle on themselves when things get tough, tend not to make good leaders. It indicates that when things get tough, they panic.
No group of people will want to take advice from someone that they believe to be an unstable source of direction.
Guys that have volatile emotions, or those who can’t make decisions are some of the worst leaders there are.

If you exhibit these traits, or if you have a buddy who does, just take a deep breath. Relax. You can learn to slow things down and analyze situations from more of an alpha perspective.
It may take some time, but if you identify which behaviors are affecting your leadership and fix them, you’ll be at the front of the pack in no time.

The first step in becoming a good leader is finding comfort in discomfort. All this means is finding ways to put yourself in uncomfortable situations on a regular basis.
Most of us live sheltered lives, and we never give ourselves a chance to work on our adaptability. That’s why good leadership is becoming a dying art.
It’s your job to identify your leadership style, and then start putting it to the test. Go out and challenge yourself, take a chance or try something you’ve never done before.

It may not work to your favor, but you’ll have gotten the experience—that’s the important thing.
It’s crucial to experience things that challenge, scare or upset us once in a while if we want to be able to take control of our lives.
It can be something small at first. Go talk to some new people, take a different way home or force yourself to do something like jumping into freezing cold water. Learn to find comfort in discomfort.
Once you start to develop these mental muscles, you’ll be able to think more rationally when problems arise. People will start to look to you for solutions, and you’ll be what you always wanted to be: a leader.

What Is Emotional Intelligence And How Can It Help Your Game?
Playing Hard To Get: A Tried And True Method For Attraction