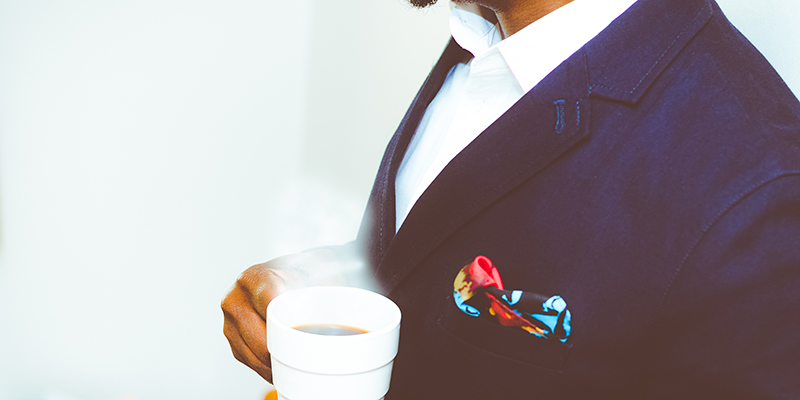 Ten Vital Tips To Maintaining Your Masculinity As A Man

The streets of NY hold little resemblance to the stereotypes and euphemisms of yesteryear.

When taking the subway, or braving the warm, hard cement of 6th avenue I keep my ears and eyes open for the world’s rendition of a New York song.

The lyrics, while easy to remember are seldom rehearsed.

The Big Apple may have dawned these ragtag garments once upon a time, but the city has changed into a less machismo kind of New York.

I don’t mean to suggest that the all familiar ‘F’ bombs no longer ricochet off the Empire State Building, onto the Brooklyn Bridge, off the Staten Island Ferry and back up to Hell’s Kitchen.

If I am honest, I am more likely to hear the F word more than hello, or have a good day.

Yet, I still find myself asking the question, “Has the city changed while we were sleeping?”

What happened to the New York City of old? Hard hats and construction boots, Yankee caps and timberlands, NYPD with the light blue colored shirts, top 3 buttons loose, and a St. Christopher dangling about the neckline of a wife beater.

The cries for old Gotham, resonate like bagpipes for Danny Boy. Where has the rough and tumble escapades of our beloved city gone? As I gaze out the window of my Chelsea office, the new New York frightens me.

The cab drivers have traded the hot steamy roll down windows for bright yellow mobile air conditioners, from which they no longer yell, “Move you’re @** and get out of the way.”

Those days are long behind us as we now extend into a more parallel society. A kinder and gentler nation if you will.

Unfortunately, that can also be said about the men in our nation. We have become a watered-down version of our forefathers and to our own detriment.

Women have been talking and men are listening, but the message is a little distorted. A woman can do anything a man can do, but that doesn’t mean we were supposed to stop doing it ourselves.

When she says, “honey, why don’t you be more sensitive and get in touch with your feminine side?” She doesn’t mean that she wants you to cancel the ESPN channel for Lifetime.

She is not suggesting that you allow her to carry the heavy suitcase or have her go downstairs in the middle of the night when you hear a noise.

When a woman says, she wants you to get in touch with your feminine side, she just wants you to remember that she is a girl. She is not a boy, but a lady, a woman.

She wants you to take note of what is important to her, be open minded, share the household responsibilities and to try some of the things she likes from time to time.

But at the end of the day, she still needs you to be a man.

1. She Doesn’t Mind If You Cry

But she doesn’t want to see you curled up in the fetal position while doing so. And, if you do cry keep count who is crying more.

A woman wants a man who can support her, she doesn’t want to always be the one supporting you.

2. When You Are Headed Out

Any woman would appreciate you getting a Mani/Pedi but leave an occasional spot missed by the iron, or collar turned up.

3. When You Sense Her Getting In The Way Of Herself

What needs to be done? Take charge. A woman loathes a man that waits to take instructions from her. Be the man she can respect, assume a leadership role and take charge of the situation.

4. Her Opinion Is Important And When There Is Time, Ask

However, if you know in your gut that you are right about something, take control and move on. A woman’s emotions are a wireless router with plenty of bars.

She wants you to grab her and say, “babe, don’t worry I will take care of it.” If she must handle everything on her own, she doesn’t need you.

5. Listen To Yourself Talk From Time To Time

Is her voice deeper than yours? Do you find yourself asking her permission to perform menial tasks?

6. It Is Better To Be Respected Than To Be Loved

If you haven’t figured this out yet, maybe it’s because you are well related to your feminine side. A woman can love you and hate you at the same time.

Don’t think love alone will keep her in a relationship with you. She wants to look at you with admiration and respect.

7. Make Sure You Always Have Money

A woman needs to feel secure, being broke is not security but insecurity. Never put yourself in a situation where you must ask her for money. She loves you, and she will give it to you.

But, the moment she does she will begin to wonder why you didn’t have it to begin with, what do you do with your money, and can she rely on you to help her if she needs it. NEVER ask your woman for money.

Know where you are headed and begin to move in that direction. If she has more ambition than you do, she will bore with you in record time.

9. Knock The Bottom Out

Every woman loves to be caressed and slowly and delicately be made love to. Then, there are times when she needs to be taken. Know the difference and deliver.

Don’t be afraid to experiment, she will probably like it more than you do.

Sometimes a man must put his foot down with his woman. She won’t like it; she will probably be upset with you afterward but she will also find it sexy and will respect you for it.

Dress like a grown up – we all like the comfort that a pair of ripped jeans, faded t-shirt/hoodie, and converse bring, but it could be sending the wrong message.

A woman wants a man, not a boy.

Occasionally, put on a nice collared shirt, expensive jeans, and some nice dress shoes. Shave, and splash on a touch of a nice cologne you had to have unlocked and handed to you and watch her reaction.

A woman thinks she wants a man to be in touch with his softer side, and some of us do need to lighten up a little but don’t forget who you are because she might.

Conversation Mastery: Why Your Words Matter Most On A Date
Never Run Out Of Things To Say: The Art Of Rapport-Based Game