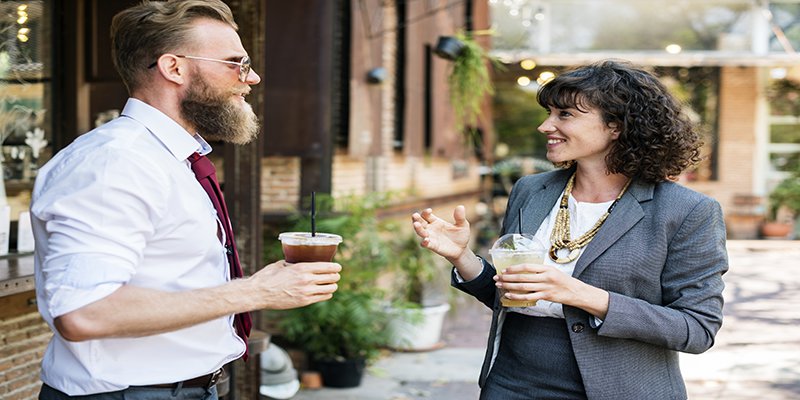 Avoid It From The Beginning: How To Get Out Of The Friendzone

If you’ve ever wondered how to get out of the friendzone, the answer is actually pretty simple. Escaping the friendzone is really just a matter of never getting put there in the first place.
Guys should worry more about how to avoid the friendzone from the get-go, rather than waste time trying to figure out how to get out of it once they’re already there.
In a way, it’s kind of a waste, especially when there are a ton of other girls out there you can talk to. If a girl puts you in the friend zone, it may be too late.
The good news is, that it isn’t that hard to avoid getting put in the friendzone. It’s just a matter of knowing the signs and dealing with them before it becomes a problem.
It has to do with how you present yourself to a new girl. You have to come off as an attractive guy who she sees as a sexual option, rather than someone she just likes palling around with.
Remember, once you’re in the friend zone, it’s not easy to get out, so just don’t get put there in the first place.

How To Avoid The Friend Zone: Make It Clear What You Want

If you just met a girl, you have no time to waste. Let her know exactly what you want from the beginning.
Don’t overdo it, of course, but making things clear ahead of time is way better than having to fight your way out of the friendzone later.
Try and convey the following things whenever possible:

If you can convey this stuff, she may even chase after you and won’t even think twice about keeping you out of the friendzone. The truth is, it really isn’t that hard.

This is basic stuff that anyone who is into game should already know. Essentially, the way to stay out of the friendzone is to just game well.

Don’t Go Overboard With The Chivalry: How Not To Get Friendzoned

Guys have a tendency to be a little too nice with girls they’re meeting for the first time. They do too much, try too hard and make girls think that they’re just really nice guys.
This can be a real problem if you’re looking to date a girl or make her think you’re a sexual option. If your goal is to be her friend then, sure, you can hold as many doors open for her as you want.

However, if you want to avoid a situation where you’re wondering how to climb out of the dreaded friendzone, you may want to come at her with a little edge.
She may like you, but unless you turn her on, she’s only ever going to see you as a friend. You have to get her interested in such a way that she starts to see other guys as friends, and you as the prize.
It’s okay to be a little chivalrous and do the gentlemanly thing, but ultimately you’ll want to lean toward edginess, spontaneity, and fun if you want her to see you as a sexual option.

If You Must: How To Get Out Of The Friendzone

While it’s probably ideal not to get friendzoned in the first place, there are a few ways out. First, you have to figure out what got you there.
Some common reasons guys get friendzoned are:

Whatever the reason, you have to figure it out and address it. Sometimes the girl may think that you don’t like her, causing her to friendzone you to avoid rejection.

It could be as simple as just telling her how you feel. All you have to do is say, “Look, I don’t really want to be just friends.”
It’s risky and may end up with you getting rejected, but a rejection is better than being stuck in the friendzone with a girl that you really like.
Unless you’re actually comfortable just being friends with this girl, you have to figure out how you got friendzoned, and then dig yourself out by changing your approach.

The Friend Zone Escape: When It’s More Trouble Than It’s Worth

Sometimes escaping the friendzone is possible in dating, but it might be more trouble than its worth. Sometimes girls will put you there just to see what you’ll do.
Sometimes they put you there because they’re confused about how they feel about you, and just need time to think about it.

Whatever the case may be, it’s better to just disengage completely. Being in the friend zone is never ideal, and unless you think she’s the girl of your dreams, climbing out might not be worth it.
It’s a lot of effort, indicates some serious oneitis, and is impractical when there are so many other women out there who may be dying to meet a guy like you.

Life Is Short: Don’t Spend It In The Friendzone

You may really like a girl, but your time on this planet is limited. You don’t want to spend it getting friend-zoned or spending your time trying to fix what got you there in the first place.
At that stage of any interaction, it’s never worth hanging around if she isn’t reciprocating the same feelings you are. You have to see your time as valuable as she sees hers.

She’s being picky and taking her time, and in a way that makes her a little selfish. Maybe she doesn’t mean to be, but there is definitely a lack of consideration for you if she’s put you in the friendzone.
Instead of waiting for her to make up her mind, show her how much other women really want you. Go out and work on your game and let her see what she’s missing out on while she sits and thinks.

The Truth About The Friendzone

The harsh truth is that while she’s got you in the friendzone, she’s most likely out talking to other guys.
You may not like a strange girl at a bar as much as you do her, but for your own integrity, you should go meet one to stay busy.
Maybe nothing comes of it, but the point is that you aren’t appearing desperate or like you’re dying for her approval. Women sometimes do say no flat-out with no ifs and or buts.
But they also mean something else. Sometimes they just want you to try harder, or take a different approach.
It’s a perfect opportunity to take a step away, go have some fun and revisit things at a later date. In a way, you could argue that the only person putting you in the friendzone is, well, you.
You can walk out any time. She isn’t holding you there and she definitely isn’t going anywhere. If you think you’re in the friendzone it’s as easy as just getting up and leaving.
Stop texting her, make yourself less available and go live your life. She’ll pick up on what you’re doing and she may not always come running back to you, but sometimes she will.
And when she does, she’ll think twice. You won’t be the guy she thought was only cool or attractive enough to just text or go to lunch with.
She’ll see a new version of you, a version she won’t be able to resist.

Rise: How To Eliminate Low Self-Esteem
Date Like a Comic – Episode 1 – The Intro