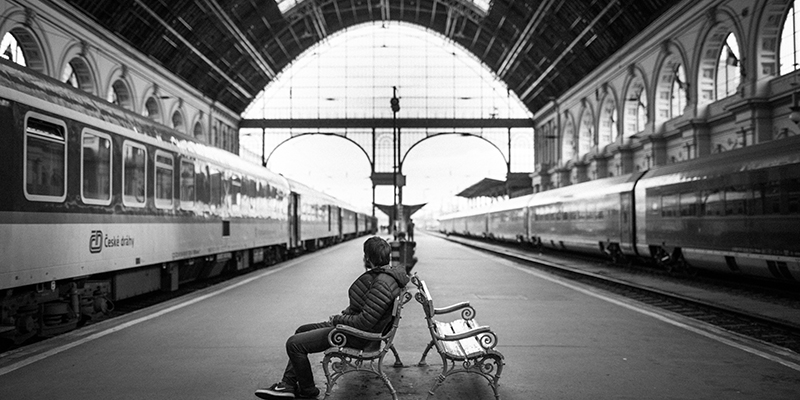 It’s Not You, It’s No One: Why We Should Rethink Rejection

Being told “no” sucks.
I don’t care who you are or what you’re asking for when you are denied access to what you desire, it does not feel good.
Think of children who cry when you don’t let them eat ice cream before dinner or pre-teens who get an attitude when they’re told they’re not old enough to date yet.
They take it personally as if the refusal of their wishes is an indictment of them.
Often times the same goes for men when they are rejected by women.
Quite naturally, the same ego that took the courage to walk up and ask for her number, and the same humility that fueled the gentlemanly duty of opening her door, talking late at night on the phone and paying for countless dates, turns into disappointment once we realize our expectations may not come to fruition.
And like the sugar-crazed toddler and the hormone ragged teenager, unfortunately, some men take this disappointment very badly. Some become self-deprecating and question if there is something they’re lacking.
Other’s blame the rejector, ruining a friendship in the process. And a small percentage of men even deal with rejection by resorting to violence.
The trite adage “it’s not me, it’s you” is just that: old. It’s not you. It’s not them. It’s not anyone for that matter. A singular individual does not have to be assigned the responsibility of what”no” means.
“No” does not necessarily have to be anyone’s fault. That is why we should rethink rejection altogether.
There is an abundance of circumstances that we may be unaware of that go into the decision of rejecting our advances. Circumstances that, quite honestly, we’re not entitled to know.
Our duty is to determine to which capacity we want to be involved in that person’s life after learning what their wishes are.
There’s nothing wrong with you if you’re not the object of someone else’s affection and they’re not bad people for not seeing you in the way you see them. Rejection isn’t bad. If anything it’s an opportunity.
And when you get past the hurt of hearing no, you’ll start treating rejection a lot differently.

I use to really be into this girl. Upon first meeting her we clicked instantly.
We laughed at the same pointless jokes, we shared the most extreme interest and even the still moments between us had a mystique about it. But regardless of the chemistry, she resisted any subtle advances I made, and I could tell the way she saw us was starkly different from the way I did.
But I just couldn’t resist trying anyway.
One day I finally worked up the guts to drop the “I like you” bomb on her and, just as I perceived, she politely declined.
I was hurt. I looked in the mirror, I looked within and I even looked at her differently. Even as she offered her friendship, I felt insulted.
In my mind, she didn’t deserve the luxury of my friendship if she didn’t see me as good enough to be with romantically. I made her choose between the two and ended up getting the short end of the stick. In retrospect that was a very shallow way of viewing it.
Although she has told me of her relationship history, including her relatively recent one that ended tumultuously. I didn’t understand the emotional tax it placed on her.
I didn’t see that she had to regain her trust in men and that though she and I had been like two peas in a pod, knowing she could rely on me to be there in the way she needed was something that she hoped would restore the faith she once had in men.
See, it wasn’t me per se. It wasn’t something that I was lacking, something that I did wrong or something I didn’t do enough of. She just wasn’t ready. The timing was off.
Many times this is the case when it comes to the people who we want to pursue a relationship with.
Yeah, you can go on a few dates, maybe make strong progress towards something promising, then find resistance in the middle of the road, but we have to trust their judgment and respect the decision they make.
Maybe a family issue came up. It’s possible that their school load is becoming too much to bare.
Or maybe you’re too put together and they know any venture with you could possibly mean a commitment level that they just aren’t ready to match.
Timing is everything and it’s out of our control. Don’t punish yourself for a factor that is out of your reach.

You ever hang out with someone so much that everyone you’re around, keeps asking if you two are dating?  And in response, you both (or maybe mainly you) make the “I-smelled-a-skunk-face?”
Perspective and vision are hard to match up, especially when it comes to dating. Your view of her as your best gal pal may be starkly different from the way she see’s you.
Just like me and the girl who I ignorantly discarded because of my selfishness, it’s all about how you see that person fitting in your life.
They may love your jokes, but they may not see themselves settling with the guy who’s there for comedic relief.
Your vices may not have been a problem when you guys were just hanging out, but as soon as the possibility of dating you comes into question, your vices may be the very factor that prevents them from seeing you romantically.
Does this mean change who you are? No. One of the biggest mistakes you can make is trying to adapt to someone just in order to be with them.
This not only makes you abandon self, but it means that you’re going to have to continue to change and keep up that change throughout the duration of the relationship.
When you face rejection, accept the option you’re given.
Respect the way you fit in her life. And be there until maybe she see’s you differently.

I think the most obvious meaning rejection gives us that is often missed, is that we can get back out there.
I don’t know why we cast all our bets on one individual or put all our eggs in one basket, but someone denying you is not the end of the world. It does not mean you have to go back to the drawing board.
Whether it’s timing or the way she thinks you fit in her life, you must maintain the confidence you have in yourself and continue to pursue what you’re looking for.
Someone’s “no” could be another one’s “hell yes.” Don’t go back to shore when the one that nibbles gets away.
Also, don’t call your fishing skills into question either.
Being able to take rejection well, will go a long way. And if you can take rejection and remain their friend after, it will speak volumes about your character.
It’s not you. You’re fine.
Just accept that it’s not the time for ice cream and that in due time you’ll be able to date whoever the hell you want regardless of what your over-protective parents think.
Don’t throw a temper tantrum for something that wasn’t meant for you in the first place.

Is She Really Taken? How To Handle A Girl With A Boyfriend
Read Between The Lines: The Truth Of Casual Relationships