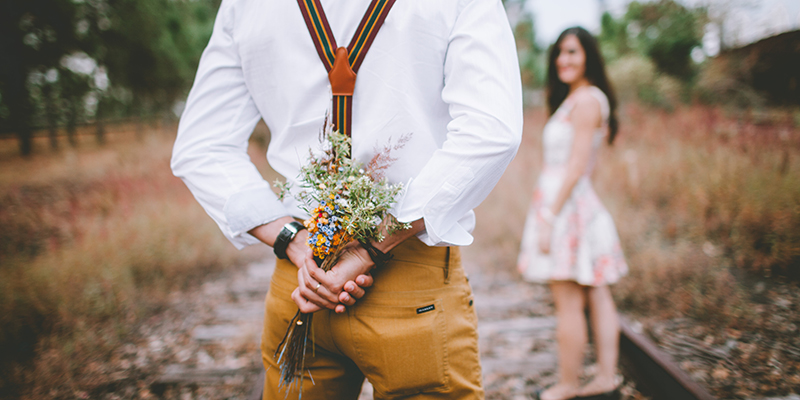 Is She Really Taken? How To Handle A Girl With A Boyfriend

Imagine you’re talking to a girl in a bar.

The conversation is organic, there’s an obvious connection and it hardly feels like you’re actively trying to seduce her. The whole interaction just feels right.

So, like a good lothario, you ask for her number and she snatches your phone to enter her digits without a moment’s hesitation. You talk for a little while longer, she kisses you on the cheek and then you part ways.

On your way out of the bar you’re already thinking about all the clever, funny stuff you’re going to text her the following week. As far as nights out are concerned, you pretty much crushed it.

When it’s finally time to text her, you write something hilarious (of course you did; this isn’t your first rodeo), and she responds.

Then, you ask her to hang out and everything comes to a screeching halt. “I’d really like to”, she says, “but I have a boyfriend. Is that ok?” Now, this leaves you with two options.

You can say thanks, but no thanks and find a new girl to seduce, or you can proceed as planned, as if the boyfriend is nothing more than a speedbump in your road to romance. But which is the right move?

Do you back off at the mere sound of the word “boyfriend” on the grounds that it’s immoral? Or, do you accept the challenge, and see exactly what the situation is before you run home with your tail between your legs?

Some guys are a little devious, and enjoy the ordeal of seducing girls with boyfriends, but this isn’t what we are talking about.

In this very specific scenario in which a girl expresses her sexual or romantic interest in you, but also is in some type of a relationship, it is 100 percent, hands down, a-ok to continue seeing her.

Why? Because the responsibility isn’t just yours to bear; it’s on both of you.

If a girl has already started flirting with you, given you her number and then agrees to hang out, she might as well not even have a boyfriend.

It becomes completely irrelevant, and if she’s that interested in you, it’s probably a pretty good indicator that things aren’t exactly going well with her other guy.

In a way, one could even make the case that it’s wrong not to explore your feelings for each other. Her boyfriend, whoever he is, doesn’t own her and whether it’s been six months or five years, she is still free to make her own decisions. If she leaves him for you, so be it.

It’s natural, maybe even healthy to keep your eyes open in the dating scene. The worst kind of relationship is one that continues because of pity, and not genuine affection.

If you can give a girl something she wants but isn’t getting with her current man, then there really isn’t any good reason why she shouldn’t consider you as a potential suitor.

Underneath the Hallmark, rom-com stuff about dating there is a simple element of competition. Males, in general, are in constant competition for the attention of females. It’s a base human instinct and, sadly for some guys, will always be a powerful motivator for her when she’s choosing.

Intrasexual competition has been a common theme in literature, biology and sociology. The most common example of this is the symbol of two stags locking antlers to demonstrate their strength.

It’s a show of dominance, and is meant to indicate to the female who is more powerful. But hold on; this doesn’t mean you should go around starting fights with other dudes and stealing their girlfriends.

The point is, people in general are faced with decisions about who to be with all the time, and even though affection is a complicated thing, it still always boils down to who the better option is.

If you happen to be more charming, more fun and better in bed than the guy she’s with there’s no reason to assume any guilt. She’s well within her right to make the choice, and all you did was present her with an alternative path.

That’s the beauty of it. If a girl tells you she has a boyfriend, you don’t have to do anything differently. Just hang out with her the way you would any girl, single or otherwise.

If your game is well developed, just do what you normally do and let her make up her mind. There is no magic sequence or line to sway girls with boyfriends. It’s a regular encounter, just like any other and is simply a way of letting her see that you’re a change of pace.

You are not intentionally trying to lead her astray, and if she decides that she’s happy with the guy she’s got, it’s your responsibility to back off. Game is about meeting girls and becoming more social, not destroying people’s relationships for kicks or to boost your ego.

The point here is to remember not to rule out a girl with a boyfriend if she’s returning your advances. It’s just too soon to tell.

She could be really unhappy, and your choice to hang out with her might be exactly what she wants. On the other hand, she may just be curious and ultimately decide you’re not the guy for her.

Either way, if you like a girl, her boyfriend (real or imagined) should have no bearing on how you go about getting to know her.

Just go for it, see what happens and you both might end up better off than where you started.

Why You Can Never Be Too Clingy: The Simplicity of Mutual Attraction
It’s Not You, It’s No One: Why We Should Rethink Rejection