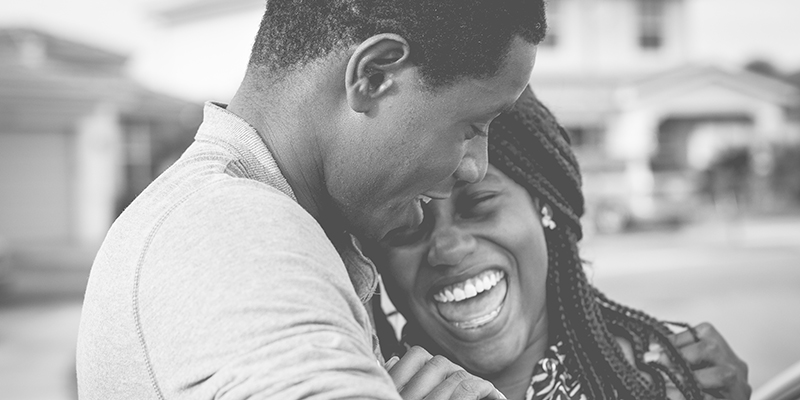 Why You Can Never Be Too Clingy: The Simplicity of Mutual Attraction

We can’t help human emotion.
No matter what type of emotion that is. Whether it be anger, jealousy, lust or even love.
We can attempt to restrain and set up situations where we provide proper outlets for how these emotions manifest, but the thought of changing the course of what bubbles organically inside of us is silly.
That is why you can never be too clingy.
When we form a connection with someone in a natural state, it’s not our intention to obsessively fall in love with everything about them.
Is it your fault that opposed to every single other woman you’ve tried to date, the conversation just flows with her?
Are you to blame her for sympathizing with the complex aspects of your life without having to ineptly go into detail? Are you in the wrong for being ready to open up and put it all on the line?
Instead of thinking yourself as clingy or pointing to self for the reason someone’s leaving, I think the issue is much simpler: she’s not ready for the level of commitment that you are.
And you know what? That’s okay.
Now, there is a difference between being needy and being clingy.
There is a distinction between putting the burden of your everyday responsibilities on someone and giving someone all of the love you have — both which are separated by a thin line that we will familiarize ourselves with.
But there’s no way you can over-communicate, give too much attention or even “move too fast.” If you’re not letting your heart lead, then what will?
First, let’s dive into neediness and clinginess.

There is a thin line between being needy and being clingy.
When you’re clingy, you’re completely comfortable with your significant other’s  presence. Like lint to black pants, you just attract to them naturally and you want them involved in your life as much as possible.
It’s a desire to share and for them to be apart of your life. Being needy, however, is making them your life.
It’s abandoning what you have going for yourself and instead, making them what’s going for yourself.
Neediness in a relationship or even in dating is acting as if you cannot make a decision without them being there and feeling that without knowledge of what they’re doing at all times is cause for concern.
Stalking their social media and breaking it down like you’re Tom Hanks in the Davinci Code is needy.
Unwarranted mistrust, asking where they are, demanding they give updates on where they’re going, and asking to go through their phone is neediness.
Feeling concerned when there’s a lapse in communication, needing constant reaffirmation of your status with them and feeling empty without affirmations of their commitment is neediness.
You see, when you’re clingy you’re not worried about your status with the person you’re with.
You’re not concerned about them leaving and you’re not particularly bothered by the places they are without you. Clingy just means you want to be a part of their lives.
You aren’t insecure, you’re just excited about them, about what you’ve found, and, like a new video game, you want to dedicate the majority of your time gaining familiarity.

A major point of emphasis when the topic of clinginess is brought up is texting, calling and just over-communicating in general.
That makes me question: if you aren’t allowed to have the desire to be in constant contact with the individual you’re excited to be with, who then is it permissible to talk to every day?
The first thing that comes to my mind is my mom or my brother who I consider very close to me. I mean, there was one point in college where my brother and I would text all day.
It wasn’t forced and I didn’t even think twice about it. There were just events that would happen on a daily basis that I’d call and have a short conversation with him about or share a short comical back and forth over text.
Even when it comes to my friends. I have a group text with comrades I’ve had since middle school and we talk every day all day sharing memes, gifs, articles, and music. I guess we’re all clingy to each other, too.
When you have a connection with someone that supersedes the physical, especially if you’re under the assumption that it’s mutual, why in the world wouldn’t you want to talk to them all the time?
Now, of course, you have to be mindful of someone’s schedule.
Having an awareness of someone’s availability without them having to tell you is a social cue that hopefully you’ve developed over time. And getting angry or feeling some type of way about not receiving a response is an indication of neediness.
But if the communication is going back and forth and it feels natural, you are not in the wrong. Not in the least bit.

She’s Not For You

It all comes down to the simplicity of mutual attraction.
Your partner’s complaint about attention should be the lack of it. I’ve never heard anyone think of a consistent line of communication, as a nuisance.
Your loyalty should never be taken as an issue. And if all these things are problems and seen as “clingy” then she’s not the person for you.
You shouldn’t have to change the way you show affection or adjust the way you show love to accommodate someone who, honestly, is just afraid take the relationship as serious as you.
And the security you have in yourself should prevent the discouragement when you find this out.
When you meet the right one not only won’t you be perceived as clingy, she’ll be clingy to you as well. When two people are into each other that’s the way it’s supposed to be — infatuated and interested in each other’s life.
Don’t try and put limitations on the way your emotions develop.
If you meet someone who is uncomfortable with what you’re willing to bring to the table, especially when it comes from a sincere place, then find someone who will fully appreciate it.

Are Dating Apps Making You Worse With Women?
Is She Really Taken? How To Handle A Girl With A Boyfriend