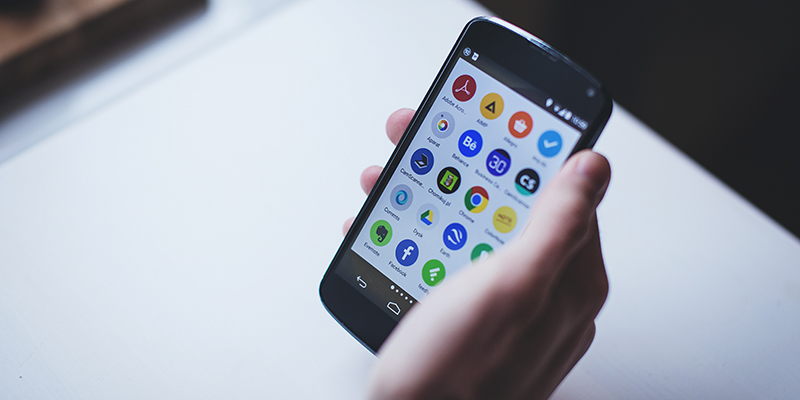 Are Dating Apps Making You Worse With Women?

At first dating apps seemed like a godsend for single guys.
One could literally be gaming twenty-four hours a day and talk to as many girls as he could handle.
For most who believe that dating is purely a numbers game, a dating app felt like the perfect solution; just keep swiping, and eventually, you’ll have a few matches that you can sift through for a date.
On the surface Tinder or Bumble are the answers to the average guy’s woes when it comes to wooing women, but there’s a darker side to right-swiping your way to romance.
Contrary to what you might think, there’s an inverse relationship between the progression of your social skills and the amount of time you spend on dating apps.
A guy could spend hours on Tinder, have some pretty productive conversations, and maybe even snag a few numbers, but this kind of digital interaction is a far cry from what it actually takes to get a woman to like you.
In some ways, dating apps are making men less adept at talking to women and creating unrealistic expectations for how quickly social interactions should advance.
Getting a woman to date you, or even just sleep with you takes time and the instant gratification of a dating app creates a false notion of how people really behave.
A guy who spends all of his time on dating apps will be disappointed when he realizes that getting a phone number is about two percent of what it means to get a girl interested.
Reading and writing text messages while staring at a profile picture of a girl doesn’t test your skills of improvisation or your ability to adapt to whatever she throws at you. It creates bad habits by allowing you to think too much about what you’re saying.
The internet gives us the luxury of taking our time with responses and making sure that they’re perfect, even if it takes hours. This type of communication just isn’t natural.
To effectively get a woman’s attention, it requires the kind of mind that is ready to be charming at any time in any circumstance, and can come up with an interesting conversation on the spot.
You may not realize it, but too much calculative, pre-planned thinking will spill over into real life, and she’ll be able to pick up on your lack of sincerity pretty quickly.
What dating apps yield in efficiency, they lack in long-term skills development. To be really successful with women, the focus must be on the process as a whole, not just the quickest possible solution to a lonely night.
Dating apps make men uncertain and leave them appearing robotic, rather than charming, spontaneous and fun.
They may get you the occasional one-night stand, but don’t help you become a better more attractive guy all around. The best way to develop your skills of seduction is to actually go out, talk to women face-to-face and actually get to know them.
It’s more than just witty comments and emojis; it depends on body language, facial expressions, tone of voice and a whole other host of nuances that get lost in the digital sphere.
Remember, it was only about ten or so years ago that dating apps didn’t exist at all. If you wanted to get laid or find a girlfriend, you had to put down the Xbox controller, take a shower and go somewhere.
Men were less afraid of social interactions and their skills of seduction were much stronger in the pre-internet days because they had to be. It was a “do or die” kind of mentality. There are a lot of other things to blame for men being a little more timid nowadays, but dating apps certainly aren’t helping.
The simple truth is that if you want to romance a woman, you will inevitably have to spend time with her in person. This is where the bulk of the actual bonding takes place.
There are plenty of guys who know how to appear like a good time on a dating app in the form of cleverly taken photos, witty, canned lines and promises of good sex, but then can barely make eye contact when it’s date night.
Nothing can prepare you for real life except practice. It may take months or even years, but only after surrounding yourself with women, and taking the time to really figure them out, will you know how to handle yourself in a one-on-one setting. Dating apps just don’t give you that experience.
We’re still running on old software and the internet just isn’t compatible with the natural progression of attraction. It serves as nothing but an extra barrier between suitor and female.
Want proof? Go to any mall, concert or bar and you’ll see dozens of girls who you can approach in seconds without having to swipe anything to get them talking.
When the world is literally filled with an endless supply of beautiful women, what sense does it make to stay cooped up searching for one on your iPhone?
And let’s not forget the constant threat of being catfished. There’s nothing worse than showing up to a date and realizing that you’ve been duped by good lighting and Photoshop.
But before you delete your dating apps altogether, remember that they can be useful, as long as they are used sparingly. If you’re going out, meeting women in person, and just want to create some more opportunities, then, by all means, spend a few minutes a day swiping.
Just don’t make it the center of your social life. Like any piece of technology, dating apps have their benefits, but too much can leave you worse off than when you started.
So go out into the real world and try doing things the old-fashioned way. Give it some time, try to treat every interaction as a learning experience and you’ll never be disappointed.

A Real-World Example Of How To Text A Girl You Like
Why You Can Never Be Too Clingy: The Simplicity of Mutual Attraction