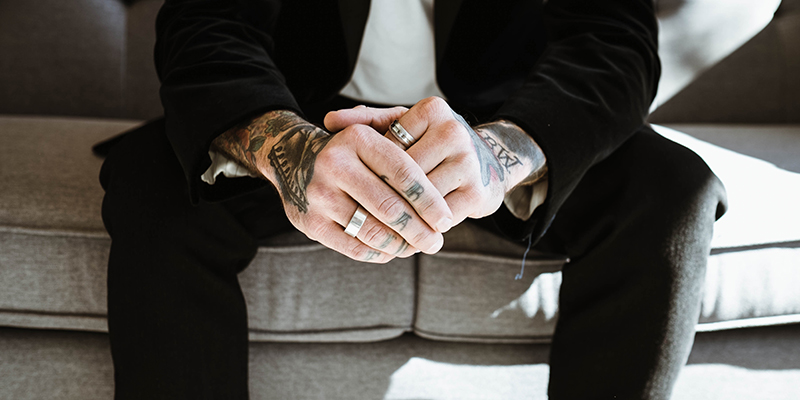 It’s time to put the whole ‘good guys finish last’ narrative to bed.
Can we, just take a second, point out the blatant pretentiousness that comes with regarding yourself as a ‘good guy’ in is the first place?
What is good? Who makes that call? And if you do get the first girl you go after — the prettiest one in the room — are you now on the ‘bad guy’ list? How exactly does this scale work? It’s just flat-out not true.
What’s especially annoying about the entire ‘good guy’s finish last’ trope, is that even more so than the claim to righteousness, is that doing so is a classic case of playing victim — it’s waving the white towel to all the ‘bad guys’ who are going after your women.
The new saying should be: good guys don’t finish last, unconfident ones do.
Women don’t turn down the quote-on-quote ‘nice’ guy because they are turned off by open doors and flowers, but because they want a guy who is certain in himself.
As men, we can have the most bravado when it comes to competition and showing up the next guy, but when it comes to talking to the woman we want, all of that confidence goes out the window.
Even if she thinks your nervousness is cute, you will never be able to keep her if you second guess yourself, look to her to make decisions, and don’t stand up for yourself.
Don’t let society trick you into being an asshole. That routine may work temporarily, but you’ll attract women you don’t want, all while being someone you aren’t.
No one is perfect, so the idea of being a ‘good’ guy holds no weight. You can continue to be the cheeseball you are, not lie about your ridiculous card collection, and you don’t have to second-guess yourself when you want to text her to ensure she got home safely —  these won’t lose you the girl.
Just be confident and watch; you’ll attract everything you ever wanted.

Somehow good became associated with hesitancy and indecisiveness, because in all my life I never heard of good being a deal breaker for anyone in a relationship.
Lack of direction, however, is an issue a lot of women see as a red flag.
Personally, I used to feel indifferent about the idea of women always expecting men to take lead and figure everything out.
Then I realized it was not so much of not wanting the responsibility on their part, as much as it was a manner of testing to see if we, as men, are going anywhere in life. And every small act of initiative is an indicator of that.
When you ask a girl out, have the entire date planned — whether it’s  a walk to the park and back or an elaborate weekend. When a conflict arises, be resolute and definitive.
Too many of us drop the ball when women give us the reigns to make decisions, and that speaks specifically to our sense of direction.
Unconfident men are too afraid to make proclamations. Don’t be in the gray on issues then wonder why you cannot land the woman of your dreams. Know what you want and women will respect that.

Good guys take stances all the time. In fact, that’s probably why many good guys are good anyway. The guys who fail to take stances, however, are the guys who keep using good dudes as a scapegoat.
They are the unconfident guys who are not on one side of the fence or the other. They are the guys who are too worried about impressing their date instead of being themselves.
When it comes to women — especially the ones they see themselves with — men have been guilty of holding their tongue.
Whether it’s, opinions, interests or personal lifestyles, I have seen grown men not let a side of themselves show in fear of offending or scaring off their potential romantic interest.
That is the lack of confidence that women can’t stand.
Women find men who can say no sexy. Saying no to friends when you want to be with her and not them, rebuking a friend who is playfully disrespectful to her or even letting her know when she’s being ridiculous, are all things good guys do.
It’s the unconfident men who do not carry this out, and it is they who get the short end of the stick.

Another trait that ‘good’ guys have been robbed of, is living a life with purpose. Women are attracted to a man who has a skill, craft, career, or even hobby that they invest towards.
Women are attracted to men who have a skill-set because acknowledging your gifts, in a way, shows that you recognize the purpose in your life.
Women do not like bums. Guys who are too afraid to pursue a dream, too timid to actually try and improve at a creative endeavor or who sets limitations on his potential, are the same unconfident guys that women stay away from.
Yes, you may be faithful. You could come home every night in routine fashion, pay the bills and even splurge to get her nails done every other month. But if you stop there, and find contentment with just enough, as unconfident guys are guilty of,  she may feel an urge to leave.
You can be nice all day long, give her everything she ever wanted, but if she doesn’t see you tapping into the potential that’s in you, she’ll feel like she’s wasting her time.
Getting the woman you want has never been about how nice you are or aren’t being. It’s about being confident and assertive in yourself and what you believe in.
You can have the biggest grin in the world, be a sap on the phone and show her your complete soft side. As long as your are firm in who you are, she won’t take that for granted.

Why You Should Always See Yourself As A Commodity
Quality Vs Quantity: The Double-Edged Sword Of Approaching Women