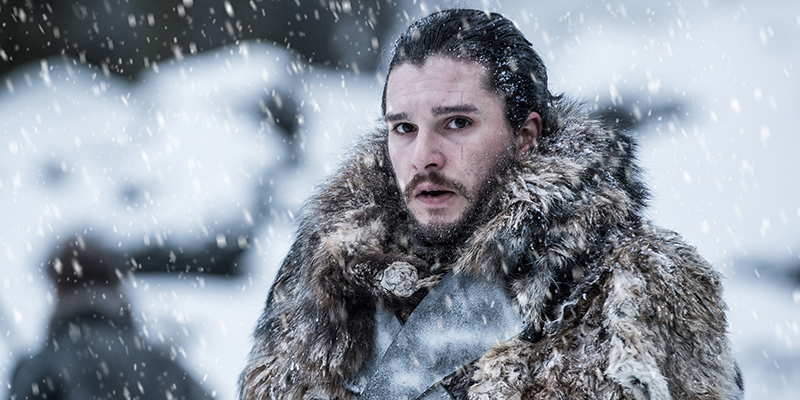 Winter Is Coming: Here’s How To Game In Cold Climates

It’s no big surprise that winter and summer are very different times when it comes to game.
In the summer, people tend to be outside more, seem friendlier and the vibe all around is generally more conducive to creating attraction.
If you live in a big city, the nightlife noticeably picks up, clubs get more crowded and as a guy, you’re blessed with dozens of opportunities to make something happen whether it’s day or night.
Winter, on the other hand, seems like it’s just the opposite.
If people are out, they’re tucked into a warm corner of a bar only talking to each other, rather than hanging out on a patio or outside.
Most of the time people stay home anyway, and would rather not meet someone if it means suffering the blisteringly cold weather.
People layer up more, socialize less and more or less lay around waiting for the sun to come back out. At first, it feels like winter is just one long dry spell.
But maybe that’s just an excuse.
Maybe assuming that you can’t pick girls up in the winter is just a way of getting out of your next big approach, or reverting back to your old ways of sitting in your room drinking Red Bull and playing video games when you should be out getting phone numbers.
The brain has a funny way of coming up with reasons for us not to take the difficult path in life and will rationalize things like not going out by blaming it on cold weather.
Don’t fall into your own trap.
The truth is that gaming in the winter isn’t harder than gaming in the summer. It’s just different and requires a little bit of adjusting in order to be successful.
You can’t necessarily go up to girls in a park because you’ll probably both be in a rush to get back indoors, and there may be less going on in the way of outdoor activities like festivals or concerts, but there are still plenty of ways you can make it happen.
First of all, dating apps are a huge staple for any guy in the winter. Why? Because you can literally game girls from the comfort of your own home, and talk to a few at a time.
It’s never a good idea to replace actual game with an app, but when it’s negative two degrees outside and you want to try and set up a date for the following week, hop onto Tinder or Bumble and start swiping.
Some (certainly not all) girls get just as much satisfaction out of chatting with a guy online as they do out of going to an actual bar.
A dating app also keeps your conversation skills sharp and lets you try out different ways of going about talking to girls without the risk of rejection being too high.
Bars and clubs are also a good option, but the key is to find one that has something special going.
It’s a gamble to just show up to a bar in the middle of the winter because you may get there to find that you and your wing are the only two people that showed up.
If you live in a city find a club that has a well-known DJ playing and get tickets. You’re essentially relying on whatever the attraction is to guarantee a high attendance.
It doesn’t matter what the season is; girls will go to a concert to drink and dance if the event seems worth it.
The key here is not to assume that your favorite summer spot will have the same vibe and excitement in the winter.
You’ll likely be going out less, so you want to make sure that the nights you do spend gaming are as productive as possible.
Another option is to get yourself a girlfriend, or at least someone who you’re seeing on a regular basis.
Winter can be a good time to work on the more romantic aspect of your personality too.
It’s perfectly reasonable to see someone for a number of months and then continue if it feels right or part ways if it doesn’t.
In an instance like this, you can have regular contact with a girl without having to go out in the blistering cold to meet one. It’s important not to use a person, however.
Don’t just shack up with a girl because you’re bored, knowing that you’ll break up as soon as the thermometer hits 70 degrees. Only make something exclusive if the two of you are on the same page.
Last but not least, you can focus your gaming around holidays. For some reason, girls seem more interested in meeting guys around Thanksgiving and Christmas.
Despite the cold, people, in general, tend to socialize more during holidays. It’s a time to drink, celebrate and the mood is a lot more conducive to gaming because people are happier.
Thanksgiving Eve, for example, is one of the biggest club nights of the year because practically everyone has off from work the next day. Take advantage of nights like this and do your best to maximize your opportunities.
Winter doesn’t mean you have to renew your Brazzers subscription and get an economy sized jug of hand sanitizer to stay busy.
You can still have an active dating life; you just have to think a little bit differently about how the game works.
It’s like any time of year; if you want it badly enough, you’ll find a way to make a date happen. Some guys ever prefer the winter because they view it as a time when there is less competition.
A lot of guys really do believe it’s an impossible time to get laid, so they don’t even bother. Smart guys are aware of this and make themselves available.
September and October are still great months to make something happen but remember: winter is coming, so when it does, make sure you’re ready.

Once you’ve got the girl, you’ll need to make sure you can perform (in the bedroom). Here are some great tips on how to last longer in bed from our friend Chris Calo, at Way Too Social.

How Learning To Be Alone Will Find The Right Girl For You
The Game Never Ends: Why Rejection Is (Almost) Always Temporary