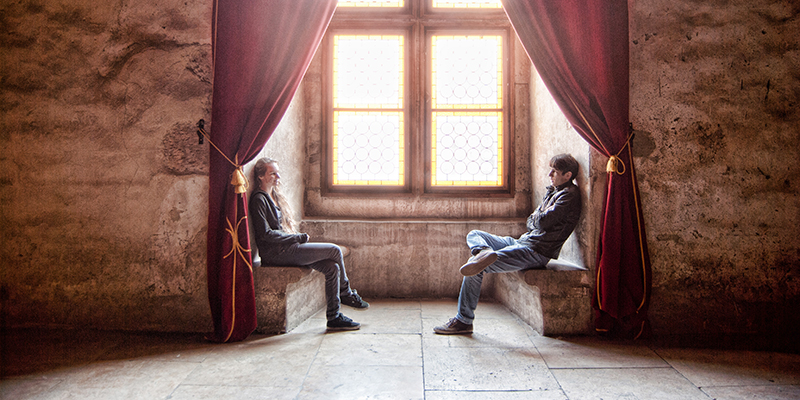 How To Overcome The Four Most Common Dating Objections

When you ask a girl on a date, it may go smoothly. She may simply agree to it without a moment’s hesitation, and make things pretty easy for you.
Chances are if that’s the case, your game was good, you didn’t come off as creepy and you didn’t convey a desperate vibe.
The reality in this scenario is that she probably wanted you to ask her. It would be great if it happened this way every time, but every guy knows this is wishful thinking.
There are instances in which a girl may hesitate, offer some kind of excuse as to why she can’t go out with you or intentionally make scheduling into a bigger problem than it has to be.
The good news is that her dating objections don’t always mean she doesn’t want to go out with you.
I know what you’re thinking: if she wants to go out with me, why wouldn’t she just do it?
There are lots of reasons. Sometimes it’s a test, to see how well you handle the prospect of rejection.
She isn’t rejecting you per se, but she’s making it a possibility to see how you react. Or she might just not be sure about you yet.
Maybe she likes you but isn’t totally positive you’re the kind of guy she wants to go on a date with, so she’s delaying the encounter on purpose.
Again, it’s not a flat-out rejection; it’s more of a test, and if you know that ahead of time, it’s not that hard to overcome it.
Here are some common objections to watch out for when you’re asking a girl out.

“I’m just so busy,” she says with a sad face emoji when you ask her to get drinks. “Wish I could!”
The bottom line is it doesn’t matter if she’s really busy or not; you have to treat this situation as if spending time with you is more important than whatever else she has planned.
Don’t be arrogant, but know your self-worth, and make it clear that you may ask one more time, but after that, you’re ready to walk.
Think about a time where you canceled something you wanted to do because you had plans with a really hot girl.
You saw something you liked in her, so you moved some things around to spend some quality time.
It’s perfectly doable for just about anyone, and when a girl tells you she has a scheduling conflict, don’t be afraid to tell her that spending time with you is probably more fun.

A common objection, whether it be true or false, is that the girl has a boyfriend and thus can’t go out with you.
Handling this one is really pretty simple but doesn’t always guarantee success. If you really want her, you have to assume she’s lying about having a boyfriend.
A girl may tell you she has a boyfriend just to see what your next move is.
Are you deterred by the idea of another man getting in your way, or do you go after what you want? This is what she’s trying to test.
So, the best thing to do is to proceed as if there is no boyfriend at all. Get her number, tell her you’re not worried about her boyfriend and that you’d still like to get to know her.
DISCLAIMER: If you find out that the boyfriend does in fact exist, takes steroids and is a former MMA fighter, then, and only then, must you back off and chalk it up to a loss.

3. She’s Not Looking To Date Anyone Right Now

This one is probably the biggest crock of them all. Everyone who’s single is looking to go on dates, or at least meet new people in some capacity.
We’re social creatures, and we crave companionship, sex, and comfort from others; a girl telling you she’s not interested in even having drinks is more of a sign that she’s waiting for you to try a different approach.
Maybe she didn’t like the way you asked, or isn’t sure about your intentions yet and would rather offer an excuse than take a chance on you.
When you come from the mindset that a date with you is a once in a lifetime opportunity (without being too arrogant) you can overcome this objection.
When a girl knows that a guy will keep asking until he’s blue in the face, she becomes instantly less interested, but when she gets the sense that he’s not afraid to walk because he has the skills to find someone new, she rethinks her objection.
Maybe there’s a small chance that she really isn’t interested in dating, but a guy like you, who doesn’t come around very often, could change her moratorium on going on dates pretty damn quick.
So, the key to overcoming this general objection is to retrace your steps, figure out what made her hesitate and fix it, while all the while appearing as if you’re a rare kind of guy that any girl would kill to date.

4.Not Having Anything In Common

The old paradigm about having to have common interests with someone you date is old, tired and is about ready to be thrown to the curb.
If a girl tells you she doesn’t see things going anywhere because you don’t have much in common, she’s doing nothing except making another excuse.
There are plenty of examples of people who end up in perfectly rewarding, healthy relationships who have very little in common.
Why? Because having your own sense of identity makes you a whole, complete person, which is way more attractive than a carbon copy of someone else.
If she tells you that she doesn’t think the two of you have anything in common, respond by saying that she can’t possibly know that until she actually goes out with you.
Attraction is not about the fact that you both like the same TV shows or use the same laundry detergent; it’s something more visceral and personality-based that can’t be summed up purely with mutual interests.
Let her know that, and she’ll rethink her decision.
The main thing to remember is that overcoming dating objections is only something you need to do if you really want her.
Walking away after rejection is perfectly acceptable, but only if you feel that you can meet somebody new without an issue.
Generally, you should try to squash an objection just to see if it’s sincere.
If it is, tip your hat and move on.
If not, then congratulations are due; you just created a new opportunity, so go seize it.

Are You Her Fake Boyfriend? How To Know When She’s Stringing You Along
Chivalry Isn’t Dead: How To Be A Gentleman In The 21st Century