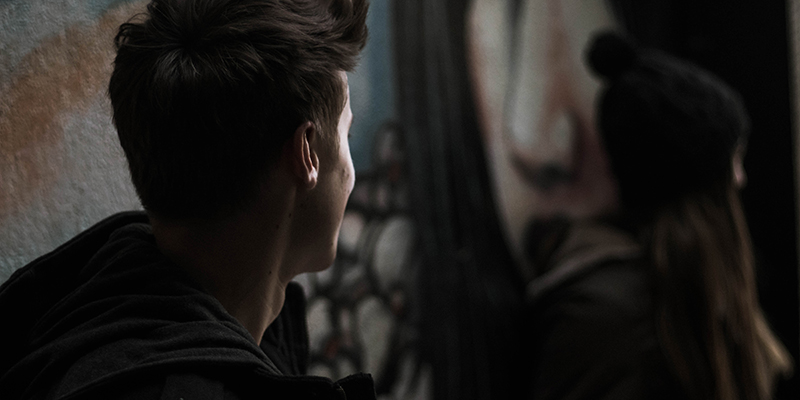 Are You Her Fake Boyfriend? How To Know When She’s Stringing You Along

All people, whether they admit it or not, crave attention from others.

We’re social animals, and we like the prospect of companionship, friendship and being part of a community.

It’s completely natural to want lots of friends or to have someone that you enjoy talking to on a daily basis.

However, the need for connection can sometimes be a strong motivation for girls to create fake boyfriends.

What is a fake boyfriend? It’s almost identical to the friend-zone, except the status of your relationship with her isn’t explicitly stated.

The two of you don’t hook up and don’t actually see each other all that much in person, but you talk constantly.

In the back of your mind, you continue to believe that she’s just busy, or that eventually, once you manage to set up that next hangout, things will progress to something romantic, physical or otherwise.

You may be right, but a lot of the time you’re wrong. You’re her fake boyfriend—someone she keeps in her life because she enjoys the company, but isn’t necessarily attracted to in a sexual or romantic way.

The biggest distinction between being a fake boyfriend and getting friend-zoned is that when she sticks you in the friend-zone, she tells you. “I really think we should just be friends,” she says to your eternal disappointment.

However, as a fake boyfriend, she gives you just enough romantic attention to keep you thinking that soon things will get serious between the two of you. It’s a strategic way of keeping you around for long, compelling phone conversations and texts without having to actually date you.

Sure, it’s a little manipulative, but it’s a normal thing for a person to want. While it sucks to be on the receiving end of it, you can’t fault a woman for just wanting a male friend.

Plus, if you feel like you’ve become a girl’s romantic placeholder, all hope is not lost.

There are options. You can…

1. Figure out what you’re doing to make her see you in a non-sexual way.

2. Know the signs and cut ties.

In most cases, you should try the first option.

If you’ve already gotten close to her, but she isn’t letting things move forward or shies away at the hint of any romantic advances, it probably means she likes you, but something isn’t quite clicking for her.

If you really want her, it’s your job to figure out what you did to make her think you could be her shoulder to cry on and nothing else.

Maybe you were too nice, or maybe she doesn’t see you as someone who can take charge like her last boyfriend who was a marine; either way, you have to do some investigating, retrace your steps from the moment you met her until the present, and see exactly what it is that made her want you, but not in the way you want her.

It requires being honest with yourself.

No matter how much you want to tell yourself it was a good idea, maybe listening to her complain about her ex or going to see that sad movie with her, made her look at you in a way that isn’t necessarily bad, but also isn’t going to make her want to drop her panties for you.

Think hard about it, adjust your approach, and try to turn things around before it’s too late.

The other alternative is a bit more difficult, but sometimes it’s necessary.

If you genuinely believe there is no hope and that you’ll never go from her fake boyfriend to her actual boyfriend, then it’s time to walk away.

As much as you enjoy talking to her, or texting her while you’re at work, you still have to realize that this is valuable time you could be spending on another girl who actually wants you.

If she isn’t interested in letting things progress, and only keeps you around for emotional support, you have to maintain your dignity and let the whole thing go.

Am I saying that men and women can’t have platonic relationships?

No, of course not, but I am saying that if you want her in a romantic way and she’s been dangling the idea of it in front of you like a piece of steak in front of a dog, she’s making a fool out of you one way or another.

That’s not what friends or lovers do to each other. It’s just, well–it’s just shitty, selfish behavior for a person.

You can give her an ultimatum; you can tell her how you feel, see how she reacts and if there isn’t a decision within a few days, it’s time to walk.

Maybe she’ll contact you in a few weeks, in which case you can see what the vibe is like, but for the time being, it’s best to take a breather and let her know that you aren’t going to let things continue on such uneven footing.

It’ll display confidence, and give her the sense that you aren’t the type to be taken advantage of. She may even find the decision attractive and rethink her opinions about you.

A lesser guy would continue to assume his role as the fake boyfriend, talking to her about her day and attempting to make plans that never come to fruition without getting so much as a kiss on the cheek after an impromptu cup of coffee.

So, if you’ve been talking to a girl for a week, two weeks or even a month and your interactions have been limited to texts, phone calls, and the occasional meet up for lunch, it may be time to reconsider your role in her life.

Are you her fake boyfriend, her friend, or soon-to-be actual boyfriend? The key is not to get caught up in how good she makes you feel without also being logical.

Approach the situation from an objective standpoint, and decide whether or not you should keep waiting for her to make up her mind.

You only get to be single for a handful of years; don’t waste them on someone who doesn’t want the same thing as you.

The Three Essentials: Preparing For The Perfect Date
How To Overcome The Four Most Common Dating Objections