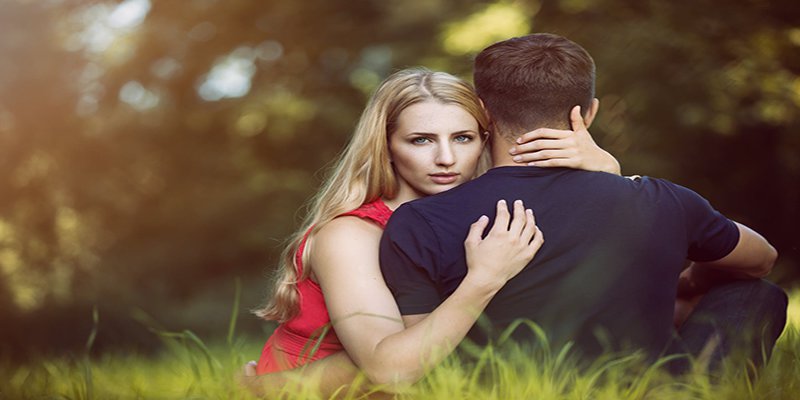 Codependent Relationships: What They Are And How To Avoid Them

In many cases, examining someone’s family history or their personality will tell you a lot about whether or not they’re codependent.
You can also pay attention to how quickly they want the relationship to progress. These are pretty dead giveaways.
Make no mistake. Being in a codependent relationship is a headache. You won’t have any free time, and you’ll find that you’re with someone who’s incredibly needy.
They don’t necessarily want you, as much as they need you.

Codependency Symptoms And How To Identify Them

Girls who have a tendency toward codependence usually display a few different signs, but a classic one, in particular, is they move things along way too fast.
If it’s only been a couple of dates, and the girl you’re seeing is talking about moving in something isn’t right.
A relationship that’s moving too fast is one of the easiest ways to determine whether or not the entire interaction is headed toward codependency, but there are other signs to look out for.
Once you know what they are, it isn’t all that hard to keep your guard up.
Watch out for the following signs, and you’ll be able to avoid codependency before things get too serious:

These are all pretty good signs that someone just likes the idea of relationships, but isn’t necessarily interested in you in particular.
If someone is just looking to be in a relationship because they don’t want to be alone, they’re not the kind of person you want to be with. Period.

How To Determine A Codependent Personality

Codependency usually has something to do with the way we relate to our parents. It comes as a result of trying to fill a void.
In relationships, both guys and girls will sometimes try to fill a hole from a damaged relationship with their mother or father.

This is something to look out for when you’re dating a girl. If she has what a lot of people refer to as “daddy issues,” she may be using you to fill that role.
It’s not exactly the healthiest reason for wanting to be with someone.
Something you have to remember in relationships is that you aren’t her therapist. You aren’t there to help right some past wrongs she experienced.
A relationship is about enjoying one another and experiencing a mutual attraction—not about healing old wounds.
There’s a fine line between being a compassionate shoulder to cry on, and someone using you to solve their emotional issues from childhood.
If you get the sense that a girl has started depending on you to be more of a therapist than a boyfriend, it may be time to reevaluate your role in her life.

A Codependency Test You Can Do Right Now

Let’s say you aren’t totally sure if you’re in a codependent relationship, but you’ve started wondering.
You may have some suspicions, but don’t think they’ve gotten severe enough to actually end the relationship.
There’s a pretty simple test for this kind of thing, and it’s really easy to implement.

In a codependent relationship, a girl may not want you to do anything socially that doesn’t involve her.
She may have some abandonment issues, and even something as little as taking a night off to hang with your buddies will upset her. This is the test.
Plan a guy’s weekend, in which she isn’t invited. Make it clear that no girlfriends are invited, and she isn’t being singled out.
It’s a perfectly reasonable request, but if she gets upset or throws a tantrum at the thought of being left alone, you know you’re dealing with someone who’s too dependent on you.
Watch out for the following reactions. If she does any of these things when you ask for a weekend away you’ll have your answer:

This stuff may seem crazy, but it does happen.
It doesn’t mean you have to end the relationship right then and there, but it does mean that you need to set some boundaries, and figure out how to make it work if you think the girl is still worth staying with.

When Codependency Means The End Of A Relationship

Sometimes establishing boundaries is all you need to do to save a codependent relationship.
A conversation about needing space, and the differences between wanting to be together and needing to be together, might be all that it takes.

However, there are other situations, in which a person exhibits borderline codependent personality disorder, and refuses to establish boundaries. This is a scenario where it might be time to end things.

It’s especially difficult to end a relationship with a codependent person, because they will not like the idea of being abandoned. They’ll try to convince you to stay, and apologize for being needy, but they usually won’t change.

It’s a pattern of thinking they’ve adopted and one they won’t be able to undo overnight. Be firm in your decision, and cut off contact as soon as the breakup has actually happened.
They may try to contact you, but it’s in both of your best interests to minimize communication.

Even if you weren’t the codependent one, you may still feel crappy after ending things with someone who was so deeply dependent on you.
You might experience guilt, or a feeling that you did, in fact, abandon them.
The best thing to do is to spend time with your friends, go out and meet someone new. Put a positive spin on it.
After dating someone and getting into a codependent relationship with them, you’ll have a new perspective on that personality type.

It may have been difficult during the relationship, but in hindsight, you’ll realize you’ve expanded your scope of knowledge.
You’ll be able to understand personality types better, and you might even be able to better understand why you get into relationships too.
There are upsides to bad relationships, it just may take some time to see them.  A few days after you breakup with a codependent, you won’t feel great, but give it a few weeks.
You’ll realize that it wasn’t you they wanted. They wanted someone who could numb their pain somehow—it doesn’t matter who.
When you’re dating, you still have to keep your own wants and needs at the forefront.
Relationships are supposed to be gratifying, fun, exciting and balanced.
If they aren’t, there just isn’t any point to them.

Flirty Texts: Do They Help Or Hurt Your Game?
Real Dating Advice For Men: It’s Not What You Think