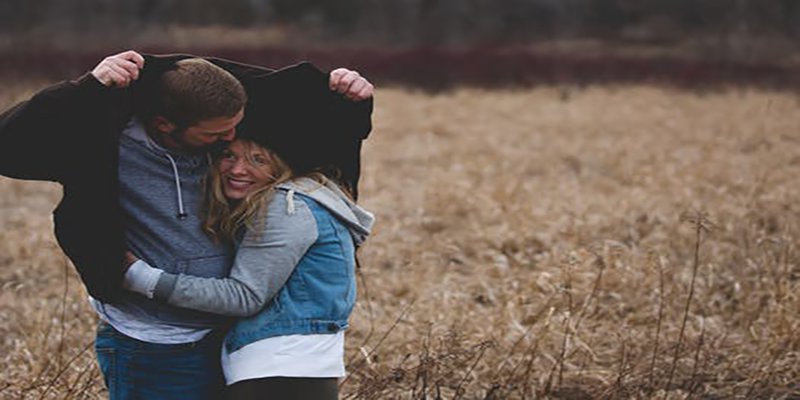 Getting a girl to like you is usually easier when you can do it organically.
Having too much canned material makes you sound phony, and if she’s smart, she’ll see right through it.
However, when you first approach a woman, it’s not always easy to strike up a conversation and make it feel natural. Conversation starters can help with this. Just don’t be too rehearsed about it.
When you think about it, a conversation starter is really a way to get things off the ground. In that sense, having a little bit of a plan is perfectly fine.
It removes some of the initial anxiety of approaching a woman.
However, there is an art to starting a conversation. It has more to do with just the conversation topics you choose.
Getting a girl talking depends on how you start the conversation, the context, and your mindset.
All of these things have to be taken into consideration if you want the first five minutes of talking to a girl to go well.
There are no best conversation starters, but there are definitely things you can do to seem interesting right off the bat.
Coming up with funny conversation topics, or conversation questions should, ideally, become intuitive over time. Even if you’re having some success with planning them out, this should be your goal.

The Context of Conversation Starters

A lot of guys don’t realize this, but starting conversations varies depending on where you do it. You can’t open a girl the same way at a bar that you would at a music festival or in a mall, for example.

It’ll make you seem socially stupid if you walk up to a girl and ask her something that has nothing to do with the environment.
A lot of guys ask random questions with no awareness of how it relates to the location.
If you’re in a bar, your opener should be something indirect. It should not seem like you’re interested in sex, or even a phone number. The reason is because her guard is probably up for this sort of thing.
If you start the conversation indirectly, or do so in a way that conveys a neutral level of interest, she’ll wonder what your intention is.
This is significantly better than her knowing right out of the gate what you want.
You can use funny conversation starters, but they should be neutral, about something unrelated to the fact that you’ve been checking her out all night. This gives you a few more minutes to make your case.

Look, most girls want to be stimulated in some way. They want to be either challenged emotionally, intellectually or to be made to think about something you’re saying in a deeper way.
Don’t confuse this with being a know-it-all, but find the middle ground between being a frat-boy and being a bookworm. You want to be fun, but you want to convey depth to your personality.

It’s easy to forget that she’s judging you against all of the other guys that have hit on her either that day, that week, or that month, and the plain and simple truth is that a lot of guys are just plain boring.
Either that, or they come off as one-dimensional and only interested in sex.
A guy that can make a girl feel things just by talking, or make her think, is going to last a lot longer in conversation than one who doesn’t.
You can even make sex a part of the conversation, as long as it’s not predictable or lame. Say something about sex that no guy has ever said to her, and she’ll be hanging on your every word.

There is one rule to asking the right questions when you’re talking to a woman: be provocative. Don’t ask her things that are offensive, but create emotional spikes with the things you say.

You can do this by being empathetic, unpredictable, opinionated or even a little vulnerable. All of these things convey the following traits:

Believe it or not, these traits are more attractive to a girl than good looks or money.
Most girls worth dating really don’t care about these things and are more concerned with what kind of guy you are and what you’re made of.

Asking the right questions lets her know where your mind is, and how it works. Show her that you’re interested not just in her body, but who she is as a person.

Don’t worry, she already knows that you want her physically—that’s a given. She’s going to test your emotional intelligence and the questions you ask will tell her a lot of what she needs to know.

The secret to a good conversation starter is the way you disguise it. No girl wants to feel like you sized her up from a mile away, locked on and made your move. It’s creepy and uncomfortable.
The fact is that every time you start an interaction with a woman she judges you on the following criteria:

Taking someone else’s conversation starter and using it might work a few times, but at the end of the day you should be coming up with your own that meet the above criteria.

Seeing things through the eyes of a woman really is the golden rule of figuring out what your approach should be.
If you can switch places in your mind and see how you present yourself in those first few seconds, it’ll tell you a lot about your method.
Remember, she’s not a guy, and while you’d probably love it if she walked over and propped you for sex, she isn’t going to respond the same way. Take it slow, and think of your charm as a flurry, not a blizzard.

Ditch Conversation Topics and Have Fun

Have you ever watched a late-night show, and felt like a lot of the questions being asked were rehearsed? That’s because they are. It’s entertainment, and there’s usually a plan.
For a talk show host, it’s perfectly fine, but for real people, it’s the kiss of death in conversation.
You can have canned topics that highlight your knowledge on a subject, but your improvisation skills should be just as sharp.

It’s like a comedian who can’t do anything else except his pre-planned material. If the crowd turns on him, and he can’t riff on another topic, he’s going to be in some big trouble.
The same thing goes for talking to women. If you can only talk about three things, she’ll quickly notice and assume that you’re a) socially inept b) arrogant or c) boring.
A conversation should be free-flowing when possible. It requires focus, and the ability to relate to another person on just about anything.
Some people are born with that skill, while others have to develop it.
The good news is, like most facets of game, you can learn how to master conversation. Sure, you’ll fail a couple of times and encounter the dreaded awkward silence, but it’s all part of the process.
Before long you’ll be able to talk with anyone about anything.
It doesn’t hurt to expand your mind with books, or new hobbies either, just to keep things interesting.
Just go in with a clear head, and the rest will take care of itself.

How To Identify & Pass Relationship Tests
Second Date Ideas: Why They Might Matter The Most