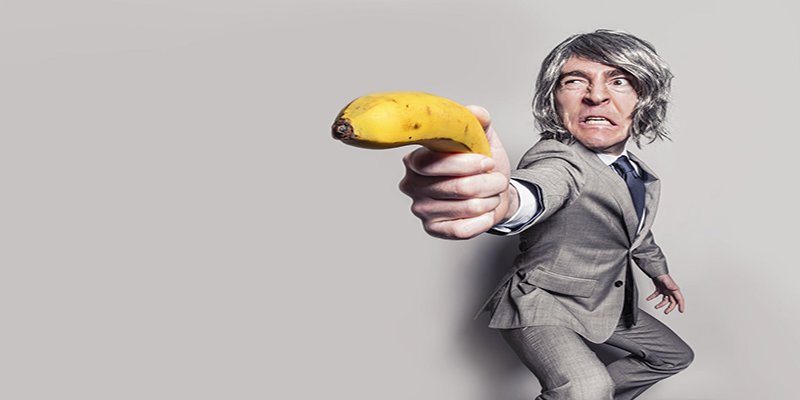 How To Be Funny On A Date: The Key To Charm

It may sound like a cliché, but learning how to be funny on dates or in social situations, is one of the best tools you can have as a single guy.
It says a lot about who you are that you might not realize.
It indicates a type of intelligence, and the notion that your primary interest is laughing and having a good time. Some people think that being funny is something you’re born with, but it can be learned too.
If you’re wondering how to be funnier, there’s a good chance you’ve tried to be the funny guy at a party or on a date and failed miserably. That’s okay; there’s always an opportunity to work on it.
It’s more than sitting at home watching funny YouTube videos. It’s like any facet of game. You have to go out and practice. Find out what works for you.
Someone else’s sense of humor won’t sound right if you steal it.
The same thing goes for your game. Stealing someone else’s style isn’t going to work for you. You have to be willing to fail, learn and continue working on your craft if you want to be really funny.

How To Be Funnier

The answer to the question of how to be funnier is hard to pin down. The truth is that trying to be funny is the quickest way to be just the opposite. Really funny people just let it come naturally.

Some might argue that everyone is funny in their own way, but some just don’t know how to tap into it. Knowing how to be humorous really involves four main things:

A lot of being funny depends on the kind of girl you’re with. One girl may not find the same things funny as the next, and you’ll have to be able to calibrate your approach accordingly.
Also, a huge part of being funny is being relatable. Understanding what is being said is a huge part of what makes a person’s joke funny. It’s the difference between being on the inside or the outside.
If you’re out with a girl, just make sure the stuff you’re saying is relatable, and doesn’t offend her. If you can make that seem natural, the rest will take care of itself.

How To Be Wittier

Being witty and being funny are two different things. Funny people can be loud, performative and tend to take the stage. Witty people are a different thing entirely. They’re more quick thinking.
Wit is intricately tied to charm, because it makes the person you’re talking to feel as if you’re privy to some knowledge they don’t have. That’s why it’s so attractive.
Wit conveys value, and value is the fast track to being sought after.

Think of it this way: people who say things that are unoriginal, boring or cliché tend not to be considered the most attractive.
They give off the vibe that their insights could be gotten from anyone, anywhere.
However, a witty guy says things that make people think. He has original thoughts, ideas, and notions that make the person he’s talking to think he’s special. It doesn’t always have to be a joke, either.
Wit can be perspective, or the ability to keep a conversation going in a way that’s entertaining, engaging or fun. If a guy can do this, he’s pretty much mastered the art of being witty.
Throw in some confidence, and some good pacing, and you’ve got a recipe for a pretty amazing date.

Don’t Worry About How To Become A Comedian

The last thing you want to do is perform for the girl you’re on a date with. This can quickly change you from being attractive to try-hard. Remember, you aren’t a comedian and this isn’t a show.

If you focus too much on trying to make her laugh, you’ll end assuming that role in her life. Sure, you want her feeling good, but funny doesn’t always mean attractive.
A girl may start to like you, but not in that panty-dropping, can’t-keep-her-hands-off way. As a result, she’ll friendzone you or worse, only call you when she’s bored.
If you think you’re acting too much like a comedian, consider the following:

Ask yourself these things periodically when you’re with a girl. Be honest with yourself. If you get the sense that any of these things are happening, it may be time to try a little less.
Let things gravitate more toward an organic progression, rather than one that requires you to keep her entertained for the duration of the date.

Practice: How To Become Funny

If you aren’t a naturally funny person, and think that it’s the one thing missing from your game, don’t panic. You can learn how to be funny. It’s not some gene, or trait that only a few people have.
There are a lot of ways you can learn humor, and one of those ways is simply by hanging out with other people who know how to turn a phrase. That’s right; humor rubs off.

If you have a friend who knows how to make a whole room full of people laugh, start going out together. Watch how they do what they do, and before long you’ll be doing it too.

You can also watch stand-up comedy, read comedic novels and just get in the habit of seeing what makes you laugh and what doesn’t.
It’s no stretch to think that people who aren’t funny, also don’t laugh very much either.

The more you laugh, the more you’ll start to be able to replicate that feeling for other people. Treat humor as a part of everyday life. You’ll feel better, and your own skills will definitely improve.

Putting Theory Into Practice: How To Be Funnier Around Women

Making jokes on a date may seem risky at first, but a date where there is no humor is one of the worst kinds there is. You’re better off taking a chance at being funny, than not trying at all.
Go on as many dates as possible and see how many times you can make her laugh. Sure, there will be things you say that fall flat, but that’s okay.
Remember: every date is just practice for the next one.

If you keep that in mind, not only will it make your humor seem more organic, but it’ll take some of the pressure off. Part of being funny is being calm enough to think too.
The idea is to just practice. Being funny is almost like a muscle or learning a sport. You have to work on it, make it reflexive. If you don’t practice it by socializing you may never develop the ability to be funny.
It may take you some time, and a few moments of awkward silence where no one has any idea what you’re talking about, but just keep going for it. Eventually, you’ll find your own sense of humor.
Once you do, you’ll be able to flip it on or off like a switch. Within a few minutes of meeting a girl for a date, you’ll have her laughing, feeling good and wondering where you’ve been all her life.

Date Like a Comic – Episode 2 – Know The Room
The Rules of Attraction: Why They’re The Most Important Part Of Game